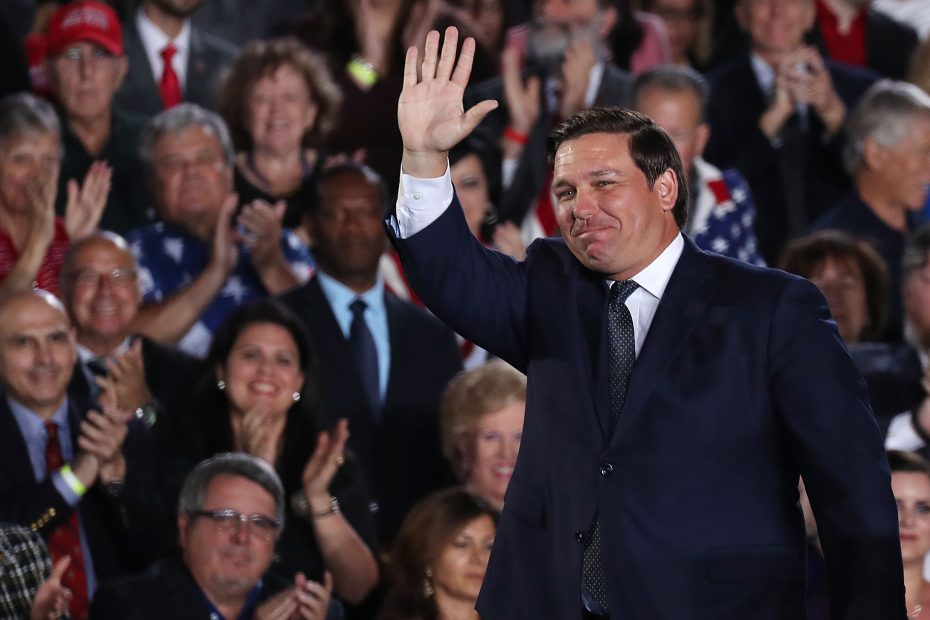 In yet another bold move for the residents of the state of Florida, Ron DeSantis will be signing a bill that will essentially bar the state from prohibiting religious services during any declared emergencies.

The bill would work to protect religious groups, such as churches, and allow the continuation of public gatherings within the organization, even during events such as the recent COVID-19 pandemic under certain circumstances, during which time churches were forced to close their doors nationally.

Senate Bill 254, passed through the state senate in January, and states that an emergency declaration “may not directly or indirectly prohibit a religious institution from conducting regular religious services or activities.”  The one exception, that is stated in the bill, is that there will be a complete halt of services in the event that ALL businesses are required to shut down. The need for this bill arose when, during the 2020 lockdown, business such as liquor stores and marijuana dispensaries were allowed to remain open, while houses of worship were forced to remain closed.

Why the essential/non-essential language doesn't work when articulating whether churches and other houses of worship should be open or closed during a pandemic https://t.co/hjo7g0byMM

In defining these services and religious gatherings as “essential” it puts religious organizations in the same category as grocery stores, gas stations, and other essential businesses and services that can remain open for basic provisions during any emergency declaration.

The Bill, SB 254,  was first introduced through the state legislature after religious institutions were deemed “non-essential” throughout the United States during the coronavirus pandemic in 2020.

The bill’s sponsor, Republican Senator Jason Brodeur, said that this legislation would prevent future bans on places of worship under a state of emergency in the state of Florida.

“It would basically say if Publix is open, so is your place of worship,” Brodeur said. “What it doesn’t seek to do is what we’ve seen in some of the other states, where churches, synagogues, and mosques were singled out for congregated activities.”

In 2020 during the height of the pandemic, Governor Ron Desantis designated all religious services in the state of Florida “essential” after other states like Washington, New York, and California had all places of worship shut their doors, deeming unsafe, while liquor stores, dispensaries, and even brothels were permitted to remain open. Desantis signed an executive order allowing religious institutions to continue their weekly gatherings and services at the time.

Governor Ron DeSantis issued an executive order on how churches should conduct services moving forward! Check it out! pic.twitter.com/nhfbdVsaZR

The order from DeSantis in 2020 came shortly after the pastor of a Tampa megachurch was arrested for holding two in-person church services, violating a Hillsborough County ordinance prohibiting gatherings of more than ten people.

Authorities in Tampa have arrested a megachurch pastor who continued holding large services in defiance of his county's stay-at-home policies pic.twitter.com/ko2Ul7IJ5j

Florida is not the only state taking measures to protect religious freedoms of its citizens. Governor Doug Ducey in Arizona signed a similar bill in April, which considers all religious services essential during an emergency.

Let’s not forget about all the marches and rallies that took place during 2020 that were considered necessary, when it was deemed unsafe to be in a house of worship that contained more than ten people. The double standard is astonishing, but signing bills like these into law across the country is definitely sending a message to those who would like to see our rights stripped from us: going “gentle into that good night” is simply not an option. Democracy does not die in the darkness; it is being chipped away at right before our eyes and only we the people have the power to stop it. It starts with electing those who will uphold our constitution.

Some photos from the Orlando #BLM #JusticeForGeorgeFloyd rallies and protest marches June 2020…no problems, very peaceful and constructive…still much anger and miles to go pic.twitter.com/fslyMnnKnK