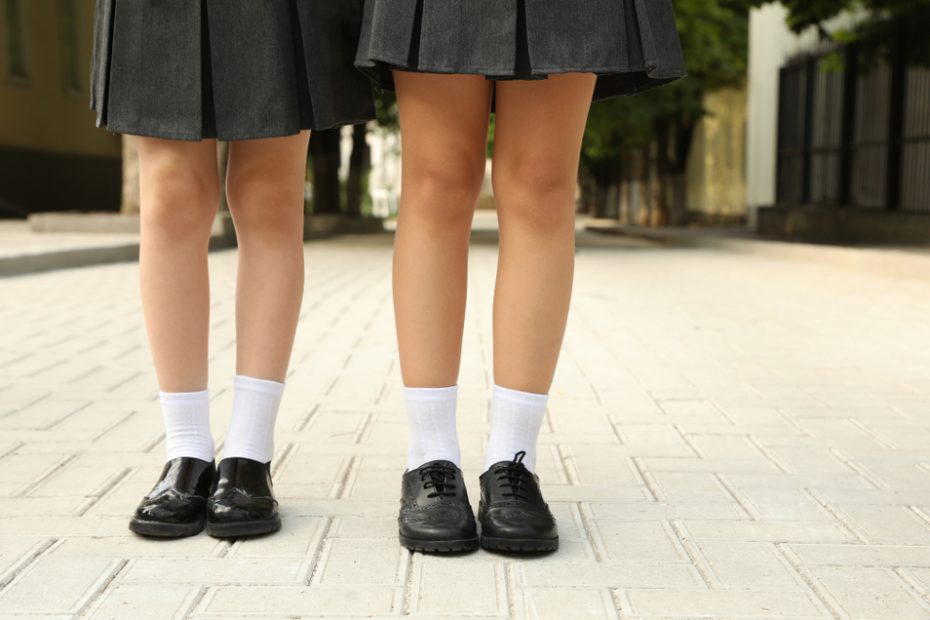 This earth, this realm, this England, is showing cracks as one of the bedrocks of Western civilization as a high school in the country’s southwest is changing its uniform policy to fit the new “gender-neutral” expectations, banning skirts for its female students.

Tiverton High School in Devon, England, is moving to a “trousers-only” uniform policy to be “more gender-neutral,” and the school made this announcement to parents via letter. Many parents were outraged at the announcement as the decision seemed to have been made unilaterally without any prior consultation with the students or parents.

As reported by Breitbart, local news outfit DevonLive published a portion of the letter from the school administration which partly justified the new policy as aligning with existing policy at other secondary schools:

“Parents/carers will be pleased to know that the majority of the uniform will remain as it is, with the exception that from September all students will be expected to wear trousers,” [the letter] added — although the confidence of their assertion that parents “will be pleased” appears to have been misplaced, judging by the reaction.

Stephen Moakes, a parent of an attending student, bemoaned the imposition of this new policy, pointing out that the school didn’t follow its own philosophy of letting students weigh in on proposals to change rules:

“I feel that as a school that encourages its pupils to be engaged and have a voice this seems to be a complete lack of democracy by not allowing the established pupil forums to have input on school uniform changes, start finish times of school day, reduction in lunch break etc.,” he added, referring to some other pending changes as well.

The uniform announcement is one in a series of changes for the next school year.  Tiverton is also starting the school day 30 minutes earlier, reducing lunchtime from 45 minutes to a half-hour, and reducing daily lessons from six to five.

However, the school administration says there is a good reason for the new uniform policy and schedule changes.

Sammy Crook, Tiverton Headmistress, insisted that the timetable change will support student safety in the winter months and allow students more time for extracurricular activities. The skirt ban was prompted by the “trend” of girls wearing their skirts too short, as many students have abused the “hem to the knee” policy, leading to complaints from the public and visitors to the school. In an interview with DevonLive, Crook said the decision to change the uniform policy was not taken lightly, and the administration was thorough in its deliberation and had the approval of its board of governors:

“We never take decisions like this lightly and go through a detailed process over time in order to come to the right conclusions for our students and the school; decisions that meet our legal obligations, and the standards expected in secondary education. This change to uniform policy has the approval of our governors, and balances the demands placed on us in matters including standards of education, parental cost, inclusivity and student health.”

No need to consult parents or pupils @woke Tiverton High School when introducing a new rule stating all pupils must come to school wearing trousers. https://t.co/Euou6ypNJv

Regarding not allowing parents or students to participate in the deliberation, Crook said that decisions such as the new uniform policy and schedule changes are outside parents’ and students’ purview, and the school will provide as much support to families who continue to have issues.

Yet what is strange is that the too-short-too-revealing skirt issue is not the primary focus of the letter sent to parents; rather it is the school’s desire to move to “a more gender-neutral uniform,” setting a new inclusivity standard.

The previous uniform policy did allow girls to wear trousers, and boys to wear skirts, so it is unclear why a  codified “trousers-only” policy makes the environment more “gender neutral.” Wouldn’t a “skirts only” policy have done the same?