(VIDEO) ‘Get Out!’ How a Drunk Broke into Queen’s Bedroom at Buckingham Palace as She Slept Before Sitting on her Bed 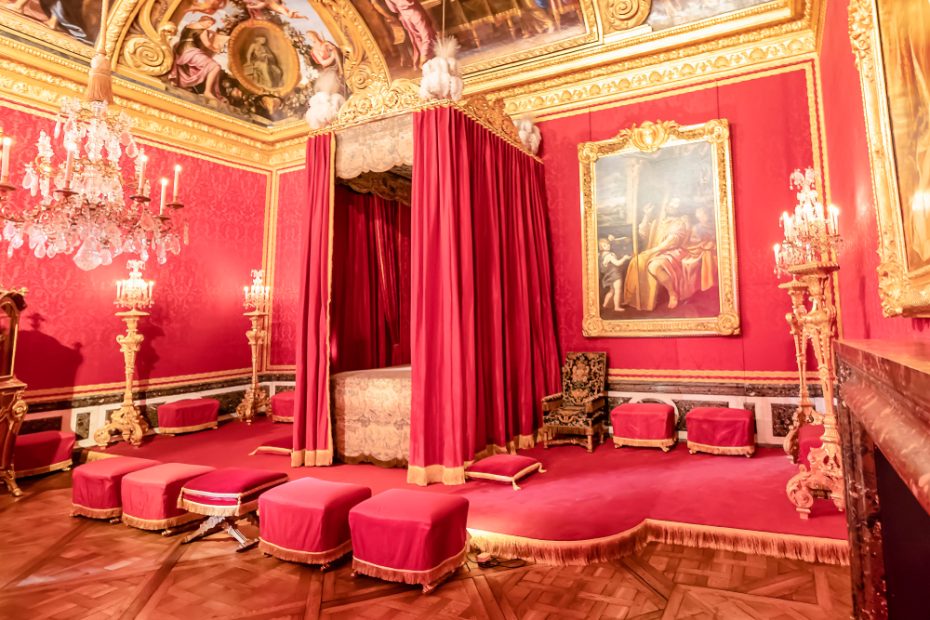 As the world mourns the death of Queen Elizabeth II, who died “peaceful” at Balmoral Castle in Scotland last week, countless stories are being recounted as we remember just how calm, collected, and unbreakable the monarch was in times of crisis.

No incident reflects the late Queen’s calm in the face of adversity more than the time a drunk civilian managed to break into Buckingham Palace and wander into the Queen’s bedroom as she slept before sitting on the edge of the monarch’s bed with a piece of broken glass in his hand.

The heart-stopping and bizarre event sparked concern about the security surrounding the Queen and prompted a re-think about the guarding of the palace.

It all happened on the morning of July 9, 1982. Michael Fagan, (then) 33, who was an unemployed father and former decorator, had been drinking all night when he decided to climb the 10ft, barbed wire topped fence surrounding Buckingham Palace.

Undetected by security or palace staff, Fagan, who was wearing jeans and a t-shirt, shimmied up a drainpipe onto the roof of the building. Here, he said he removed his shoes and then climbed through an open window.

It was on this day, 9th July back in 1982 when an unemployed decorator broke into Buckingham Palace, strolled into the Queen’s bedroom and sat on her bed waking her. pic.twitter.com/iiLSUCfabq

“I was under a lot of stress and just wanted to talk to the Queen about what I was going through,” explained the Irishman who suffered from mental health issues.

Even more amazingly, this wasn’t the first time Fagan has broken into the Palace. By his own admission, the first time he scaled the wall and made it inside, he wandered around unhindered and drank a bottle of wine belonging to Prince Charles:

“It was Australian wine. It was on the filing cabinet. I was just waiting to be captured,” he explained in a 1982 article in the New York Times.

But no one ever noticed he was there. The alarm system was reportedly tripped twice but was switched off as staff assumed it was malfunctioning.

Before he ‘broke out’ of the Palace, Fagan found himself in the elaborate Throne Room, where Elizabeth’s body will lay before her funeral:

“I was loving it… It was like Goldilocks and the Three Bears; I tried one throne and was like ‘this one’s too soft’. I was having a laugh to myself because there was one right next to it, so I tried another.”

The brazen intruder then exited the Palace by the same means he got iN, still completely undetected.

Once inside Buckingham Palace for the second time, which is a maze of over 700 rooms, Fagan wandered at around 6:45 am admiring the artwork.

He told the Independent that he had found the Queen’s bedroom by “following the pictures” on the walls.

Before he entered the Queen’s bedroom, he smashed a heavy, glass ashtray and took a piece of the broken glass. A later report by the courts said that he had “intended to slash his wrists” in front of the monarch.

Fagan opened the door to the Queen’s bedroom and was met with an ornate four-poster bed with the curtains drawn around it.

“I walk past her bed and it looks too small to be the Queen. So I go over and draw the curtain back, just to make sure, and suddenly she sat up,” he said.

The Irishman described how he sat on the edge of the Queen’s bed as the frightened woman exclaimed “What are you doing here?!”

“I was thinking what to say and she said ‘get out, get out” and she jumped out of bed.

“She went past me and ran out of the room, her little bare feet running across the floor.”

According to reports, the Queen pressed an alarm button for the police twice, but none came, again suspecting a false alarm.

Fortunately, a footman who had been on a morning walk with the corgis returned and removed the intruder from the Queen’s bedroom.

He reportedly offered Fagan a glass of whiskey while the police scrambled to arrest him. He was later charged with the misdemeanor of trespass, which at the time was not a criminal offense in the UK. As he was suffering from mental health issues, he was ordered to stay in a secure mental hospital for 3 months.

He was later charged with dealing heroin, theft, assaulting a police officer, and indecent exposure for unrelated crimes.