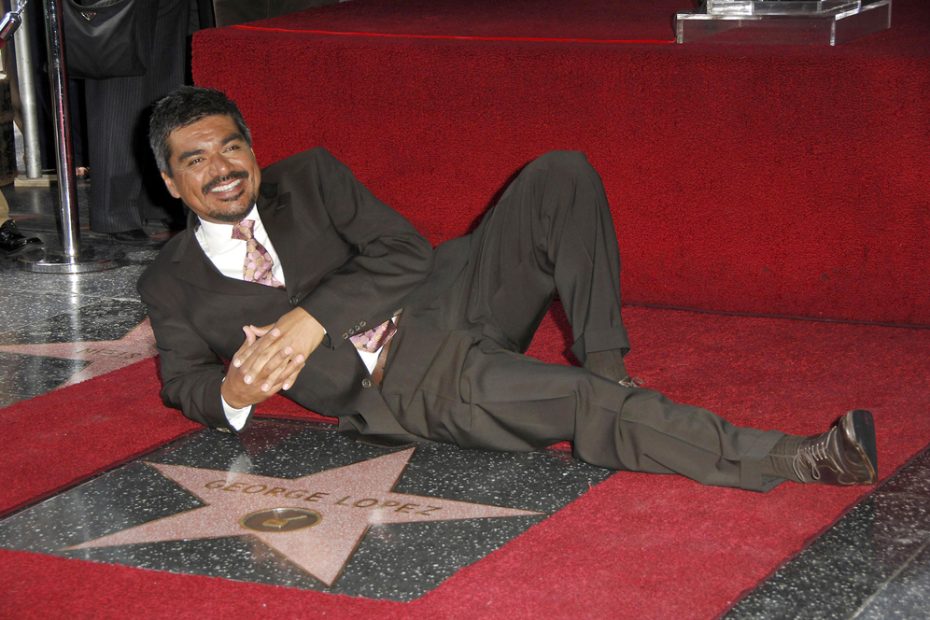 Any stand-up comedy fans here? I am. I have loved stand -up since I was a kid. Steve Martin, Rodney Dangerfield, Eddie Murphy, Richard Pryor; I’ve been stealing their jokes for decades!

I’ve never been a George Lopez fan, despite seeing him live (corporate thing). Not because he’s a Mexican and I’m a racist, it’s because I don’t like his style. He just always seemed like a Paul Rodruguez rip-off to me.

What do I know; Lopez had his own tv show, the George Lopez Show (creative title, no?), and I just crack jokes to anyone willing to listen.

The era of comedy-only channels like Comedy Central, and comedy albums being streamed on SiriusXM and streaming services such as Pandora and Spotify caused a boom in comedy and the recording of comedy albums.

Subsequently the streaming services started giving comedians great exposure but screwed them on royalties. Now some comedians, spearheaded by Lopez are fighting back. Check out the not so funny details from Breitbart:

George Lopez has joined the chorus of comedians lining up to sue the streaming station Pandora over unpaid royalties.

In the lawsuit filed on Tuesday, Lopez claimed Pandora streamed two of his comedy albums, Right Now Right Now and Team Leader, without obtaining a proper license. He is seeking $5.5 million in compensatory damages.

What’s the deal with all these comedians suing Pandora? It's, uh, not a laughing matter. https://t.co/weApiAlZsS

Forgive me if I didn’t know George Lopez had two albums. I can’t imagine sales of both albums was worth 5.5 million. That’s a hefty ask from a streaming service, considering you have to literally have millions of streams to make any money at all.

The streaming service pay structure is wholly unfair to the artists, as only huge Taylor Swift level artists make any money, yet all of the streamers bleed cash and post huge losses. Curious.

“[Pandora] decided it would infringe now to ensure it had this very valuable intellectual property on its platform to remain competitive, and deal with the consequences later. Later is now,” the filing said.

Lopez has joined comedians Lewis Black and Andrew Dice Clay in their lawsuit against Pandora, all three of whom are being represented by Richard Busch. In the filing, Busch argued that Lopez’s work is “entitled to two copyrights — one for the recording and one for the underlying literary work,”

I think the funniest joke I have ever heard from George Lopez is that his work is “very valuable intellectual property” Good one George!

I have long been a fan of Lewis Black. His political rants are entertaining and thought provoking.

I thought Andrew Dice Clay was dead to be honest. No offense to the Dice Man, but it’s not 1987 (sadly).

The ongoing fight has prompted the streamers to play defense. Spotify (which is not currently being sued over the matter) removed comedy albums by the likes of John Mulaney and Tiffany Haddish after negotiations went south.

Overall, comedians will be in a difficult position as they navigate these waters, as streamers typically resist paying royalties for spoken-word content due to the cheaper maintenance costs.

Lawsuits such as these, if successful could bankrupt some of the streamers, especially a second fiddle platform like Pandora.

Spotify was smart enough to see the writing on the wall and remove some comedy albums, which explains why I have a hard time finding comedy on Spotify lately.

Comedy has been under assault for some time by the woke left, so I can’t blame some of the more iconic artists trying to protect their intellectual material considering their days of touring and recording are likely over.

Either way it goes someone is getting screwed, whether it be the artist, or the streamers and end consumer, and that ain’t funny.