Geoffrey the Giraffe Makes a Comeback Just in Time for Christmas 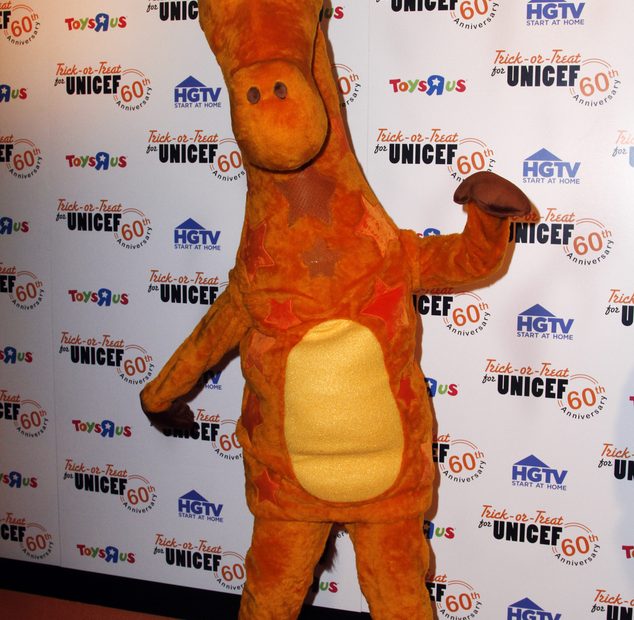 If you’re tired of being limited in what your Christmas selection is because of Wal-Mart and Amazon taking over, then you will be Pokémon to know your kid’s favorite toy retail store (and probably yours too) is making a comeback!

We’ve all felt the pressure of losing our favorite Toys R Us stores, to many, they held special memories with family members and special occasions. When they all shut down, we were left with pretty much our normal box stores which had limited selections of toys, and if we wanted more we had to take to Amazon – and we all know the headaches involved with shipping fees, damaged products, shipping delays, and so much more when ordering from there.

It’ll be nice to finally have a selection again and get your products before Christmas and just in time for the children to rip into presents, and not be met with unsavory surprises. Geoffrey the giraffe along with Toys R Us is making a big comeback to brick-and-mortar stores this very year and right in time for Christmas too!

It’s the most recent news coming out of the partnership between WHP Global and Macy’s, the big toy store’s parent organization. Every single Macy’s store all around the nation will incorporate an in-store Toys R Us and be supplied with toys from the celebrated brand, Macy’s said in a statement on Monday.

Loads of fun packed in these shops will length 1,000 square feet and go up to 10,000 square feet in the core locations such as Houston, Los Angeles, New York, Miami, Atlanta, Chicago, and San Francisco. They plan on bringing back the hand on demonstration tables for shoppers and children to test and play with the toys. Hopefully, they’ll bring back fun local events as well such as reading a book together, sending a special book out for a child’s birthday, pokemon card collecting and coloring books, and so much more, but there is no word on that as of yet.

And who could forget their famous mascot – Geoffrey the giraffe. You can’t have Toys R Us and not have Geoffrey, the two are inseparable. He will be making a comeback as well – along with an optional photo shoot opportunity with “Geoffrey on a Bench.”

This is exciting news, but perhaps keep it on the down low from your children for now. You could make a trip around Christmas time if you don’t live in one of those areas and surprise them. The stores are set to begin opening in the not-so-distant future, with all areas expected to be set up and ready to meet your toy needs by October 15, just before the Christmas shopping season.

This partnership marks a particular turn of events for the big box toy store that closed its doors back in 2018 due to bankruptcy and has attempted previously to make comebacks without having much success.

Be that as it may, this time might be different for the store and Geoffrey. The toy brand started banding together with Macy’s online shopping last August and has seen some success, showing that the love for Geoffrey and the store is still alive and well in people all over. Macy’s said toy sales in its accounted for profit for the main quarter of 2022 were multiple times higher than the similar period before the organization with Toys R Us began.