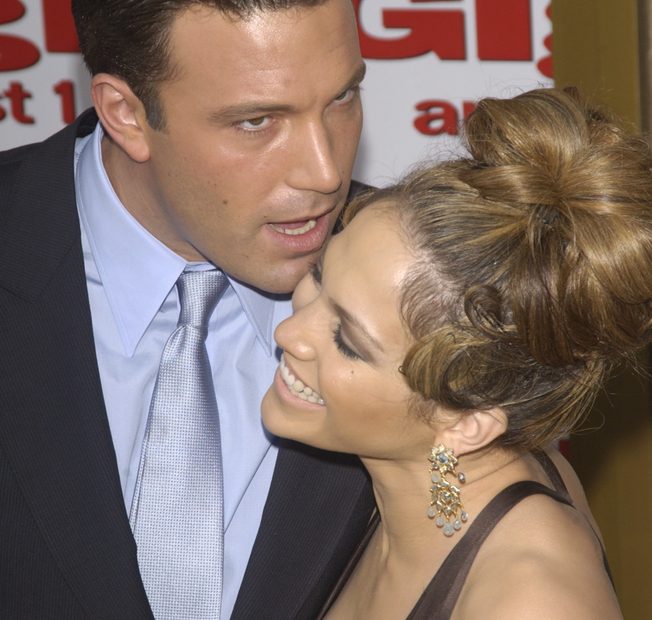 It seems like the Jennifer Lopez, Ben Affleck story has been a thing most of my adult life. Mostly I pay no attention to celebrity romances, marriages and such. Just doesn’t interest me. Occasionally though, a couple grabs my attention.

Lopez and Affleck seem to be genuinely decent people. Neither are overtly loud or political, which is important these days, and neither have had any huge public scandals.

I don’t care so much about the public scandals, but the political aspect sticks with me. I can’t count the number of bands and artists and actors that have been ruined for me since 2016’s election cycle. I’m sure I’m not alone on this.

In that regard kudos to Ben and J Lo for staying mostly neutral and at least presenting a semblance of being somewhat normal people.

This past weekend, in a surprise small ceremony the couple finally tied the knot. Let’s check with People for the details:

Months after revealing their engagement in April 2022, the couple obtained a marriage license in Clark County, Nevada, over the weekend, according to court records obtained by PEOPLE.

The duo then wed in a “small” ceremony, a source tells PEOPLE. “It was super, super small. They just wanted to be married so they got married,” an insider says.

The Marry Me singer/actress and the Argo actor/director rekindled their romance last year.

This makes J Lo’s fourth marriage. Yikes. Having been married three times myself, I can factually say third time is the charm. You have to get all the mistakes out of your system. Practice makes perfect, right? Lopez has had a lot of practice.

A small, quiet wedding is also the absolute best. Why continue to spend tons of money and make a big production after you have already tried and failed multiple times?

Lopez, in February 2022, opened up to PEOPLE about what makes their connection different now compared to 18 years ago, saying, “We’re older now, we’re smarter, we have more experience, we’re at different places in our lives, we have kids now, and we have to be very conscious of those things.”

Perhaps it IS best to make mistakes, learn from them and move on? Who knew?

Capping off one of the great Hollywood love stories of all time, Ben Affleck and Jennifer Lopez are reportedly hitched! 👰🏻 https://t.co/JbhCQbal7u

To me that is the appeal of the Ben Affleck/Jennifer Lopez story. They both seem like they are actually trying to learn and grow.

Even Affleck has had failed marriages. That makes these folks more relatable. Of course, his marriage was to Jennifer Garner, I might’ve tried extra hard to make it work, but neither of my first two wives were Jennifer Garner. Sadly.

She added, “We have been in the game in the public eye long enough to know who we are as people and what really matters and what doesn’t matter. We have kids and we respect each other. … We really live our lives in a way we can be proud of and our kids can be proud of you. We’re just operating from a place of love and respect for everyone in our lives and that is very important to us. We know what the truth is [and] we hold it sacred.”

I generally don’t have much interest in stories like this, but considering the state of things these days, it’s nice to see two mature adults realize how they screwed things up and genuinely want to move forward the right way.

We have too many examples of celebrities acting like a-holes politically and personally. It’s nice to find a couple that seem like better people. Good on Ben Affleck and Jennifer Lopez, and maybe the fourth time is a charm.