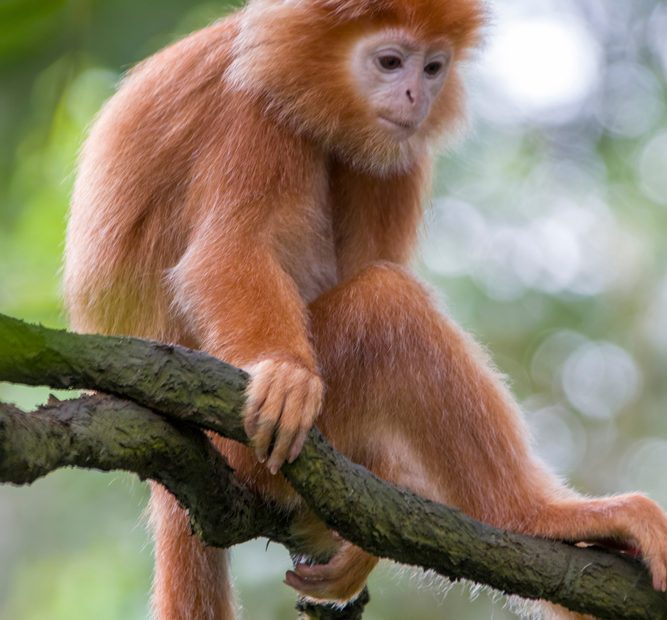 It seems the UK can’t get a break, with news of four more cases of monkeypox. This time however there appears to be no link directly to Africa. This brings the total number of cases for this outbreak up to seven. Monkeypox was first discovered in 1958 and occurs much like smallpox. The first recorded cases in a human being occurred in 1970 in the Democratic Republic of Congo. It is believed that monkeys may harbor the virus and infect people since it was found in laboratory monkeys.

Monkey Pox becomes the latest disease to appear in the UK. We're told no one knows how it got here or who brought in. Well I think it's not rocket science.

The virus causes fever, headache, muscle aches, exhaustion, backache, and swollen lymph nodes. It takes 7 to 14 days for the symptoms to appear after infection. One to three days after the fever appears, a rash will start to spread on the face and then other parts of the body much like smallpox. The most obvious difference between monkeypox, as opposed to smallpox, is that monkeypox will cause the lymph nodes to swell. Inside Africa, it kills about 10% of the people who contract the disease. Monkeypox has spread by close contact usually through bodily fluids. It can be mistaken for other rash-like illnesses such as measles, scabies, chickenpox, or even syphilis. Health chiefs have confirmed the outbreak in the UK and are asking gay and bisexual men to keep an eye out for any unusual rashes because it is hard to spot early.

This is becoming rampant. I saw two patients with over the weekend who had MONKEYPOX
It's a viral zoonotic disease ( a disease transmittable from ANIMALS 🙄 to humans)
Some symptoms are
1. Rash that looks like chicken pox but the pox of monkey pox is quite bigger pic.twitter.com/qOboz1PU1E

‘We are particularly urging men who are gay and bisexual to be aware of any unusual rashes or lesions and to contact a sexual health service without delay.’ Doctor Susan Hopkins, chief medical advisor at the UK health Security Agency said. The UK HSA is investigating where the monkeypox may have come from since there isn’t a direct link back to Africa. Additionally, all seven cases have tested positive for the strain from West Africa. This is somewhat good news since it appears to be a milder strain than others.

There are some very worrying features of the UK's #monkeypox outbreak. “We do have a level of concern that this is very different than what we typically think of from monkeypox," @CDCgov's Jennifer McQuiston told me. https://t.co/85DpLhTaWk

Some clinics in London have started to step up infection control with social distancing and waiting rooms. There has been some talk of increasing biological control measures locally in London to prevent a community-wide spread.

On May 7th the UKHSA had found that one person which traveled to Nigeria became infected with monkeypox. And that two people who lived with that person in the same household were also infected with monkeypox. At first, they believe the monkeypox was coming from this Nigeria travel. They don’t believe that the two people inside the household contracted it from the person who traveled to Nigeria. This is because monkeypox is difficult to spread between people. The R rate for monkeypox is two normally but because people get so sick it’s easy to self-quarantine and lower that spread.

Crap—Monkeypox is likely aerosol airborne. Study indicates monkeypox is aerosol stable for up to 90 HOURS and remain infective during that time. I pray we’ve learned our lesson with #COVIDisAirborne and don’t repeat the droplet vs airborne 2 year nonsense. https://t.co/8J6mqkzzLO pic.twitter.com/gjFv4FXndN

Previously, monkeypox had been detected in the United States in 2003 after rodents had been imported from Africa. The first cases in the UK or detected in 2018 after a traveler from Nigeria came to the UK. An NHS nurse was also infected at that time when caring for her patient.