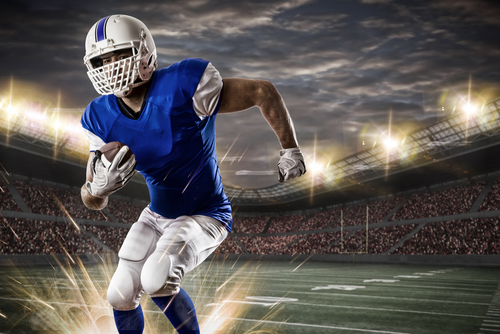 Former NFL player Stanley Wilson Jr. has been arrested for allegedly breaking into another person’s property on August 24. According to reports, Stanley broke into a $30 million Hollywood Hills property on two separate occasions, most recently on August 24. He has no relationship or ties with the property owners whatsoever.

The first time Wilson Jr. broke into this Hollywood mansion, he was arrested for breaking and entering. In his recent visit to this mansion, Wilson Jr. presumably went on a rampage and raided the home. Police reports have it that Wilson Jr. went ahead to make himself feel at home and even took a bath in the mansion’s fountain. He also used soap he found inside the mansion for his bath. This recent break-in was also reported, and the Los Angeles Police Department arrested Wilson Jr. for the second time.

Furthermore, the NFL player has been charged with two felony counts of vandalism. He was also charged with one count of second-degree burglary.

Breaking in and getting arrested for vandalism is apparently not new to Wilson Jr., as he has been booked for similar offenses on several occasions since 2016.

Ex-Lions DB Stanley Wilson Jr. Arrested Breaking Into $30 Million Mansion and Taking a Bath in Their Fountain; This is The 4th Time Wilson Jr. Has Broken Into a House Naked (Video) https://t.co/gqcvDnDEmh pic.twitter.com/7JWySXWaiQ

In June 2016, Wilson Jr. was in Portland and had made attempts to break into a Southwest Portland residence. According to reports, he was also completely nude while trying to commit this crime. Upon sighting him, the homeowner defended his property and shot Wilson in the abdomen.

Only a few months after this incident, the unrepentant player was arrested again in January 2017 in the same country. This time, he was apprehended for taking a nude stroll in the neighborhoods.

Again in February 2017, Wilson Jr. was arrested for breaking into another person’s residence in his birthday attire. He was later sentenced to serve ten days in prison for the first incident in 2016. The court also ordered him added a three years probation to his sentence. More so, he was mandated to pay restitution for the damages he caused and also to write an apology letter to the homeowner. He was also ordered to go through a compulsory drug test.

This is a very bizarre pattern of alleged nudity and home break ins. Something is off. Why isn't the NFL helping some of these players?

The Former Detroit Lions cornerback, Wilson Jr., is the son of former Bengals RB Stanley Sr. He was draft picked by Detroit in the third round of the 2005 match. However, he only played for two seasons before tearing his Achilles in 2008. That incident eventually ended his career in the NFL. He logged in 89 total tackles, eight pass deflections, and one forced fumble.

His father, the former Cincinnati Bengals running back Wilson Sr., struggled with a cocaine addiction and had several run-ins with the law.

In 10989, the night before his team’s Super Bown matchup with Joe Montana’s San Francisco 49ers, Wilson Sr., unfortunately, had a relapse. He told his teammates that he was going to get his playbook before the team meeting that night. However, he was found high on cocaine in the bathroom after only 20 minutes by his position coach, Jim Anderson.

He was then kept off the Super Bown roaster, and his team’s coach blamed the loss that night on him. Eventually, he was banned from the NLF for life for violating the league’s drug policy on three occasions. In 1999, he was sentenced to serve 22 years in prison for burglary.