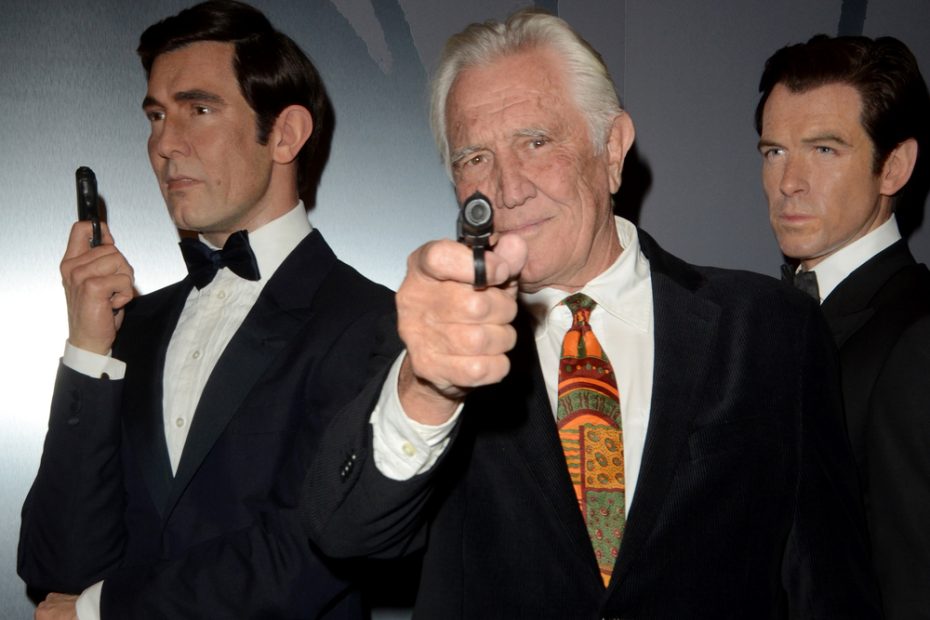 George Lazenby who previously portrayed spy-action-man, James Bond has split opinions after he made some ‘offensive’ comments during an interview in Australia.

The 83-year-old was forced to apologize after he offended the live Australian audience who had turned out for the James Bond concert tour.

Lazenby, who played 007 in the 1969 movie, On Her Majesty’s Secret Service, attended The Music of James Bond event at the Perth Concert Hall on Sunday evening.

He was interviewed in front of a live audience on Saturday, but he was promptly canceled from attending the rest of the tour after members of the audience began to heckle the star for being “offensive”.

According to a report in the Guardian, Lazenby, who was a young man in a completely different era to most of those attending the event in the woke city, Perth, shared stories about pursuing women, used “poor language” and was “homophobic” about the LGBTQ+ community.

As Lazenby began to relay a story about how he as a young man had tried to usher a woman he was pursuing into a car outside a pub, one member of the audience eventually piped up “excuse me this is offensive”.

Then “the tension was released and George was jeered offstage and music saved the day,” recalled one concert-goer.

Another attendee said Lazenby had “downplayed the Queen a day after she died” although he posted a photograph of himself shaking hands with the Queen with the caption “Thanks for your service ma’am. It was an honour serving you. Rest in peace, Love George” the day after Her Majesty’s death.

The production’s producer, Concertworks released a statement apologizing for Lazenby’s “language and recollections” and assured the public that he would be canceled.

“These were his personal views and there is no excuse for this in today’s society. They do not reflect the views of Concertworks,” said special counsel, Aaron Kernaghan.

“Concertworks has been in touch with people who have raised concern and it has issued an apology,” added the company.

“Concertworks has chosen to discontinue its relationship with Mr Lazenby [and] commenced a thorough review of the matter.”

Melbourne Arts Center doubled down on the producer’s decision to completely cancel the actor:

“Discrimination due to race, gender identity, sexual orientation or disability have no place at our venues. Inappropriate behaviour will not be tolerated and we expect everyone to treat others with dignity, courtesy and respect,” said the theatre’s executive director, Melanie Smith.

Thanks for your service, Ma'am. It was an honour serving you. Rest in peace. Love George xx (Photo by Scott Myers/Shutterstock. All rights reserved.) pic.twitter.com/oOWtRrjYB2

Meanwhile, Lazenby, who bagged the role of the Bond having had no previous acting experience, said he had just wanted to “share some stories” and “entertain” the audience. Probably not a good idea in a woke city like Perth.

“I personally have friends within my close circle who are gay and I would never wish to offend anyone,” explained the Australian actor, who never found success on the silver screen after snatching the part of Bond.

“Having been surrounded by strong women all my life, I have always admired and respected women and their wishes.”

“Thank you for … this apology, his comments were frankly disgusting and have no place.”

Another said: “What despicable behaviour for all the time and effort you put in to promote.”

But pro-free speech advocates jumped to the star’s defense and called attention to the fact that the mainstream media had not even reported the supposedly ‘’offensive” remarks in question:

“Yet again someone is cancelled and we aren’t even told what he said,” said one.

“So, George Lazenby gets cancelled because one woman did not like his comments/stories that happened what… 50 years ago? These days it doesn’t take much to be cancelled. Be careful what you say and where, you will be cancelled! We live in a world of total BS!”