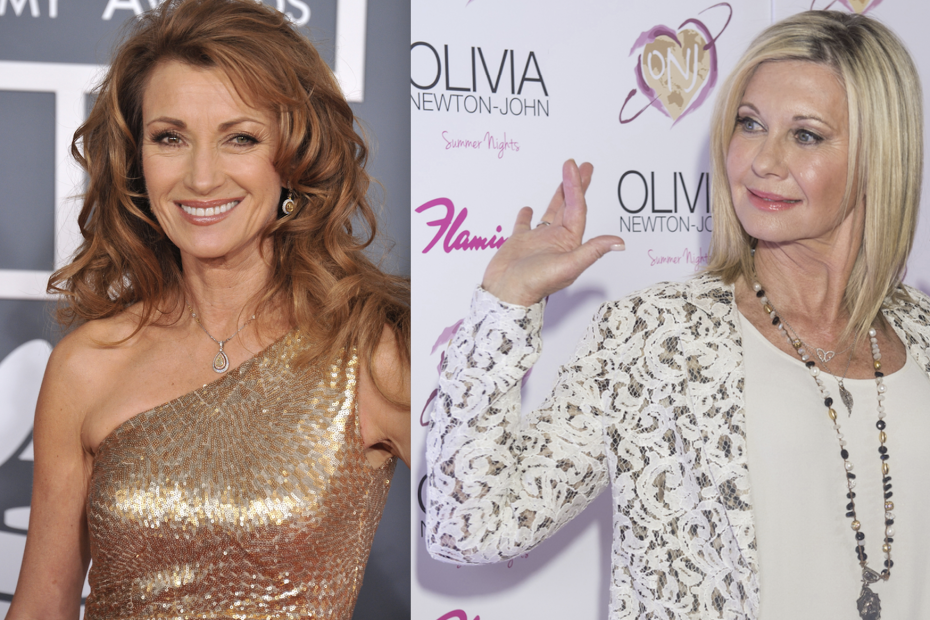 Hollywood superstar Jane Seymour has opened up about her lifelong friendship with Olivia Newton-John.

The actress who has enjoyed a 50-year-long friendship with Olivia revealed some heart-breaking details about the Greece actress’ final days and remembered her “extraordinary” and “unique” friend who “wasn’t afraid” to die but “didn’t want to miss out on life”.

Olivia Newton-John passed away at the relatively young age of 73 after a 30-year, very public battle with breast cancer, which went into remission after she was first diagnosed in 1993, only to return in 2017 and again in 2020.

Seymour, 71, was first introduced to the Newton-John family in 1961 after her father, who was a doctor, helped deliver Olivia’s sister, Rona’s first child.

Seymour had moved to the US from Britain to try to make it in Hollywood, a dream which she realized when she was cast in the 1973 James Bond movie, Live and Let Die.

She briefly moved in with Rona in the 60s while Olivia was globe-trotting on the back of her budding singing career. Speaking to Fox, she recalled what Olivia had been like during that time:

“She was really, very full on busy and always lovely, but I remember one day when I had my first child Katie, which would’ve been, almost 41 years ago,” remembered Seymour.

“She was living in Malibu at the time, and she asked us to come out and visit. I gave her my baby to hold, and she just held Katie in her arms and looked at me and said, ‘How do you do it all? How do you do this?’”

The young mother responded to her friend: “I don’t really know Libby, but you know, I’m doing it. And I’m so glad. This is the greatest moment of my life, and I’m just in love with this little creature.”

Olivia’s daughter, Chloe was born in 1986 after Olivia had sky-rocketed to superstardom after playing the part of Sandy in the 70s hit musical movie Greece alongside John Travolta.

Chloe became “good friends” with Seymour’s son, Sean and the pair even worked on one of Chloe’s music videos together.

While Seymour said she knew that Olivia had been struggling with her health “for some time”, she said she had been “devastated” upon hearing the news of her friend’s untimely passing.

She told Fox of the times the pair had watched countless sunsets together on Malibu beach, both strong, independent women who were raising children while maintaining busy careers in Hollywood.

The last few days she said she has spent “crying her eyes out” as she thought about 50 years of memories with her “unique” friend:

“I realized that she was a unique friend. I have friends, but not like her in my life,” she said.

“I just remember so clearly our conversations and the smile on her face. And then the fact that she wasn’t afraid, I don’t think, to pass. She just didn’t want to miss out on life.

“It was pretty extraordinary and really sad because she was always the one that I would call when there were life changes happening and vice versa. We could have really deep and wonderful conversations.”

“She was just this positive light.”

Decades-long friend of Olivia Newton-John actress Jane Seymour is sharing how she feels, how they met, and some of their sweetest memories together. pic.twitter.com/tRpVZQGz0V

Last February, when Olivia was struggling with her illness, Seymour recalled how she made an effort to visit her when “she really should just have stayed in bed”.

She said her kind-hearted nature meant she would always make a “huge effort” to see Seymour and her sisters.

“I remember looking at her and just thinking this could easily be the last time I see her,” she said.

“We were all surprised. She pulled it all back together again and had a quality of life again. It was amazing. She defied all the odds, really.”

Seymour recalled the last conversation she had over the phone with her friend. Olivia had been taken into hospital in Melbourne – the same hospital in which the star had opened the Olivia Newton-John Cancer Wellness & Research Center in 2012.

“I can’t remember how much longer later, but one day I got a call from her, and she said, ‘You won’t believe where I am,‘” said Seymour. “And I said, ’Where are you?’ She said, ‘I’m at my hospital in Melbourne.

“No, I’m here. I’m actually in the hospital as a patient … and I’m so glad I built it. I didn’t intend to be here as a patient, but now that I am, I just have to say, I’m really proud of what we did here.”‘