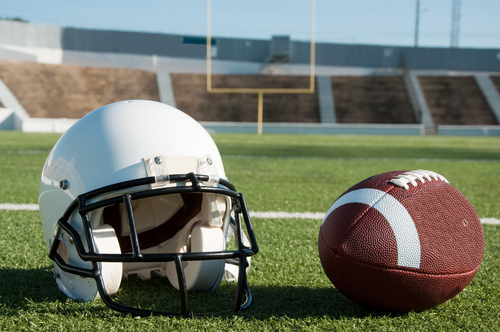 The sports world has been awash with unexpected deaths of young athletes the past eighteen months, and sadly another has been added to the list when a body was discovered and identified earlier this week as a former NFL player. Yet the cause of death appears to be accidental, a fall down a mountain while rock-climbing in Southern California.

Gavin Escobar, 31, had been rock climbing in a remote area of Riverside County, when at some point he lost his footing and fell to his death. Also climbing in the same area was Chelsea Walsh, 33, whose body was found near Escobar’s. It is unclear what the relationship between the two was, or if they even knew each other. The Riverside County Fire Department received an accident alert about two injured rock climbers and responded by sending firefighters to the remote area, which was difficult to access, tweeting that it was an “Inaccessible Rescue.” It is unclear who informed authorities of the accident, or if both Escobar and Walsh were killed instantly.

After his NFL career ended, Escobar joined the Long Beach Fire Department as a firefighter and had been with the department for just eight months. He is most well-known as playing tight end for the Dallas Cowboys from 2013-2016, later serving as a back-up player for several teams until his career ended last year. Escobar was born in New York City but grew up in Southern California, excelling in sports in high school, eventually leading to his receiving a full scholarship to play football at San Diego State.

The Dallas Cowboys responded to the news of Escobar’s death, issuing a tweet that simply said “Forever in Our Hearts.” The Long Beach Fire Department also issued a tweet with a photo of Escobar in his fire fighter’s uniform overlaying a picture of the outside of Fire Station 3:

It is with deep sadness that we announce the off-duty death of Long Beach Firefighter Gavin Escobar. Hired on February 5, 2022, Firefighter Escobar was assigned to Fire Station 3 on B-shift. pic.twitter.com/pOgBFnwH9f

As the Daily Wire reports, the news of Escobar’s death comes as a frightening and potentially life-threatening situation occurred in NFL’s Thursday night game between the Miami Dolphins and the Cincinnati Bengals when Dolphin’s quarterback Tua Tagovailoa sustained a head injury, resulting in a rushed trip to the hospital, after Bengals nose tackle Josh Tupou sacked him. Tagovailoa, sprawled out on the turf, made odd gestures with his hands a few moments after the hit, indicating head trauma, and lay there for around ten minutes before he was loaded onto a stretcher and carted off the field to a waiting ambulance.

Just a week earlier, Tagovailoa took another hard hit in a game with the Buffalo Bills and appeared wobbly on his feet, indicating a possible concussion. Yet, Tagovailoa went through the NFL concussion protocol and passed its check, thereby was allowed to resume playing, something the NFL Players Association (NFLPA) is questioning given Thursday night’s injury. In a tweet, the NFLPA said:

“Player health and safety is at the core of the union’s mission. Our concern tonight is for Tua and we hope for a full and speedy recovery. Our investigation into the potential protocol violation is ongoing.”