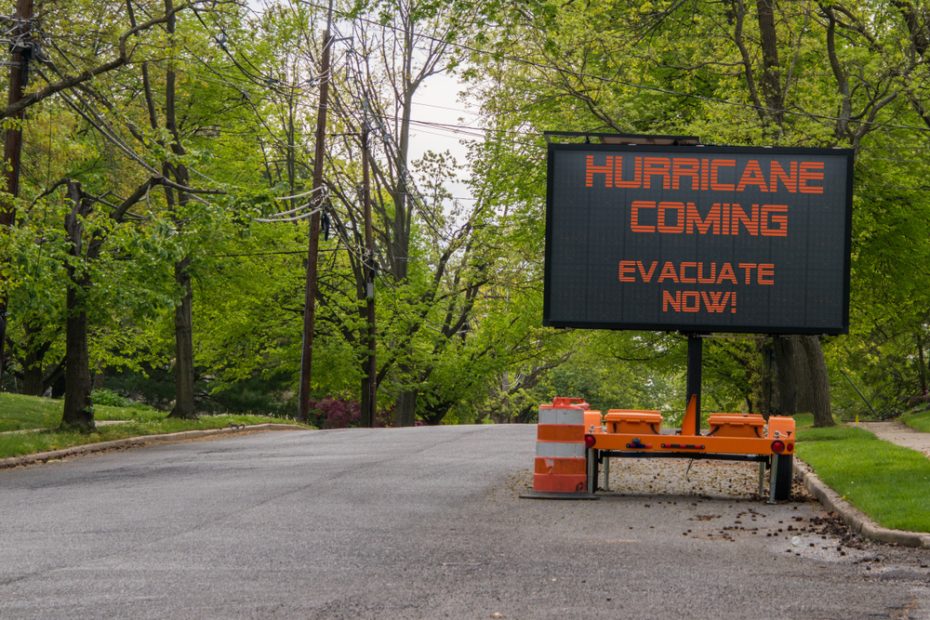 I’m sure everyone has heard the expression “that didn’t age well”. Bad tweets, misguided predictions, and awkward social media posts sometimes really don’t age well. Certainly, by now everyone is aware of the life changing devastation of Hurricane Ian, as it utterly destroyed parts of Southwest Florida, wiping Fort Myers Beach out completely. Lifelong Florida residents sometimes tend to downplay the threat of hurricanes or tropical storms, mostly because they grew up with them. The same way someone in my area will stand outside and look around when the tornado warning siren goes off. We ignore what could happen because we think it won’t, or at least won’t be as bad.

However, sometimes the worst-case scenario becomes the actual scenario, as Southwest Florida discovered. One CEO of a Clearwater, Florida business found out the hard way that perhaps she shouldn’t underestimate mother nature next time.

The CEO of a Florida company reportedly asked her staffers to keep working as Hurricane Ian was approaching — and even encouraged them to bring their children and pets by promising it would be “super fun for the kids!”

Joy Gendusa, CEO of Postcardmania in Clearwater, made the startling comments Monday as she downplayed the dangers of the hurricane by insisting the media were overhyping the severity of the monster storm”

New: Clearwater-based marketing company Postcardmania downplayed Hurricane Ian as overhyped and told employees they were expected to keep working through the hurricane, even if that meant bunkering down at the office with their families and pets. https://t.co/zBNqHqc0Sg

Not only is Gendusa a CEO of a post card company (is that a thing?) but an amateur meteorologist as well! Never mind that as of Monday Ian was projected to make land in Tampa, which is a stone’s throw away from Clearwater. Ian changed course last minute before pummeling further south, sparing Clearwater the worst of the storm. To be clear, it was still very bad in Clearwater, and not an environment to be having a “bring your kids to work” day.

“Anyway, bring your pets, bring your kids, bring everybody to PCM,” she said, referring to the postcard marketing outfit.

“Obviously you feeling safe and comfortable is of the utmost importance, but I honestly want to continue to deliver and I want to have a good end of quarter,” the CEO continued.

The employees also were sent a text asking them to come to the office so the company could continue offering services for clients outside the state.

This is bad, very bad. The optics are terrible and putting quarterly profits ahead of safety is even worse. The weather service was very clear for days as to what Ian was going to be, and it exceeded their expectations. The CEO of a postcard company urging employees to come to work and bring their kids so quarterly profits could be met is shameful. More than 100 people are feared dead in Lee County where the storm made land, and the same likely would have been true of Clearwater had the storm maintained its track.

After the media got wind of what was happening at the Clearwater company, they quickly backtracked and announced the offices would be closed Wednesday and Thursday. It shouldn’t take media or social media pressure for a business to do the right thing, but I guess in this case it did.

As is usually the case when you overwork or undervalue your employees, eventually they will talk. One employee had some interesting insight.

“I was under the impression that we were expected to work, and if you had to work from home or an evacuation zone, log in on your laptop,” the employee told VICE on condition of anonymity. “The messaging was ‘production will not slow down,’ consistently up until that post went viral.”

Another staffer described the company’s culture as a “facade.”

“They want to give off the look of their company being a fun environment, but at the end of the day work/life balance is nonexistent,” the employee told the site, also on condition of anonymity.

The truth eventually comes out, especially if you treat your employees as cattle rather than people. People should be put ahead of profits, especially when loss of life is a possibility, as it was for Ian. Hopefully Joy Gendusa and Postcardmania learned a valuable lesson on work/life balance and priorities.