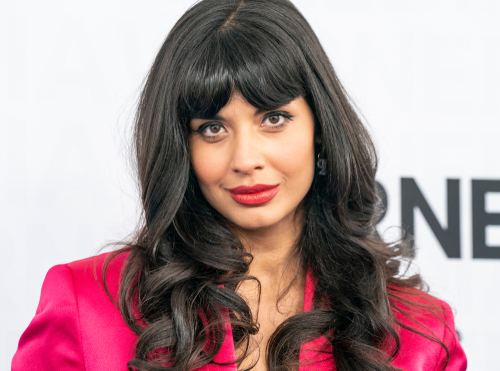 Leftist entertainer Jameela Jamil has taken heat from critics across several social media platforms for refusing to accept responsibility for misgendering someone on Twitter.

Jamil was having a heated argument with another Twitter user when she called the individual a woman in her response. However, the person identifies as a non-binary and made that clear to Jamil. Jamil refused to apologize to the Twitter user as she claimed it was their fault for not indicating their pronouns ahead of time.

The actress went ahead to tweet that she immediately corrected herself when she became aware of the person’s pronouns. She wrote that the person is also to be faulted for the mistake and should try to indicate their pronouns more clearly if they would feel offended for being misgendered.

She wrote, “I accidentally misgendered someone who was rude to me on here because I did not know they were NB. I instantly corrected myself but NOBODY reads your bios people. *PLEASE* include your pronouns in your name on here to prevent misunderstandings/offense if it’s important to you.”

She added, “OBVIOUSLY sorry for making this innocent mistake. But if we don’t do more to prevent this mistake it will likely keep happening, which is bad for everyone. Put pronouns in your names. I’ve just done that with mine. It took two seconds.”

Her fans and followers who viewed her as a liberal were not elated about her tweets or her refusal to do the right thing by apologizing.

In a sarcastic tweet, one of her fans wrote that the queen has issued a decree to guide them on how to prevent being misgendered, adding, “Let us all now obey our cisgender ally overlord.”

Dear trans people: Jameela Jamil has issued a decree on how not to be misgendered. Let us all now obey our cisgender ally overlord.

Another fan expressed disappointment. The person mentioned being her fan for years and never expecting such a response from her. The person wrote, “Instead of just SAYING sorry and promising to do better – you’re asking trans folks to do extra work so you don’t HAVE to? This is just gross, and I’ve been a fan for years. Do the actual work instead of blaming others. We ALL check bios, that you didn’t is on YOU.”

In only a few hours, there were a lot of angry comments from her former fans and lovers as they all expressed disappointment and stoop with the individual Jamil had misgendered.

A commenter also noticed this and tweeted that the ferocious anger on the thread was “Incredible.” However, the person did not seem to share the same opinion with the other angry fans.

“Proof of what a regressive and vicious movement this has become. It is notable how women, even allies, catch so much heat even for minor disagreements and innocent mistakes,” the person added.

The anger on show in this thread is incredible. Proof of what a regressive and vicious movement this has become. It is notable how women, even allies, catch so much heat even for minor disagreements and innocent mistakes.

Two years ago, the actress almost got in big trouble for being a judge on “Legendary.” The show is focused on the “predominately black and Latinx subculture of drag balls in the LGBT community.” She was only saved after she announced that she was queer a day after she got bashed online.