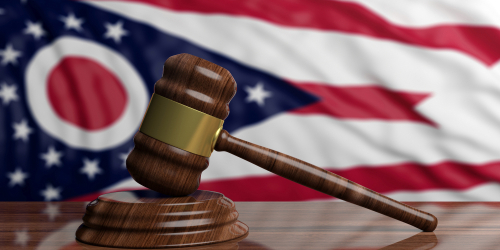 A family-owned bakery in Ohio has bagged a significant win after being falsely accused of racism in 2016. Gibson’s bakery, which has been in operation in Oberlin, Ohio, since 1885, was awarded $36 million in damages.

Oberlin College in 2016 encouraged the students who falsely accused the bakery of racism several years ago. After the seven-year-long legal battle, the College is slated to pay millions of dollars in damages for its sustained campaign against the bakery.

Oberlin college did everything possible to fight the court’s judgment and appealed the verdict. However, the court refused to listen to its appeal and insisted they would have to pay the $36 million as the case has been detrimental to the family business.

The College’s sustained campaign against the shop for years has nearly put them out of business. The Gibsons also added that the bakery was barely surviving thanks to the discriminatory actions of the College.

In a motion to have the school pay for damages, the Gibsons wrote that the school had completely ousted them. Tour guides could be heard telling tourists not to shop from the racist bakery, and neither staff members nor students of the school visited the bakery as before. More so, denigratory posts about the bakery could be seen all over the College’s walls and buildings for the world to see.

Sickening #WokeOberlinCollege bullies have authorized new student tour guides to say don’t shop at Gibson's Bakery even though the college defamed Gibson's and haven't paid the damages of $25 million awarded for falsely calling them racists!https://t.co/3bonA0Y234

After this verdict on Tuesday, the Gibson family’s legal team gave a statement to the press. They said, “Truth Still Matters, David can still overcome Goliath. We and the Gibson family are gratified that all judges on the court of appeals and the majority of the Ohio Supreme Court recognized the rights of individuals rather than the bullying tactics of the big institutions.”

Oberlin College appealed the verdict, which an appeals court upheld in April. However, according to Legal Insurrection’s report, the supreme court also refused to listen to the College’s appeal in a 4-3 decision.

The attorneys added that the College tried to manipulate the case by mentioning irrelevant issues in court. They noted that the fundamental freedom of speech should not be used to tarnish another individual’s reputation, which the students at Oberlin college did, and the College encouraged them. They added that they were grateful that the jury recognized these facts, and they saw that the actions of this College should not be encouraged, hence, the verdict.

“The jury recognized Oberlin College’s bullying tactics. The students admitted their misconduct, but Oberlin College could never admit that they were wrong. They presumed that they could bring the Gibsons to their knees. The power of truth has enabled the Gibson family to survive Oberlin’s onslaught.”

However, Oberlin College did not share the same sentiments with the Gibsons as a spokesperson for the College said the school was disappointed with the verdict.

The spokesperson said, “The issues raised by this case have been challenging, not only for the parties involved, but for the entire Oberlin community. We remain committed to strengthening the partnership between the College, the City of Oberlin and its residents, and the downtown business community. We will continue in that important work while remaining focused on our core educational mission.”

After listening to arguments from both sides, the jury sided with the Gibsons and awarded them $44 million in damages. However, state limits reduced the sum to $25 million.