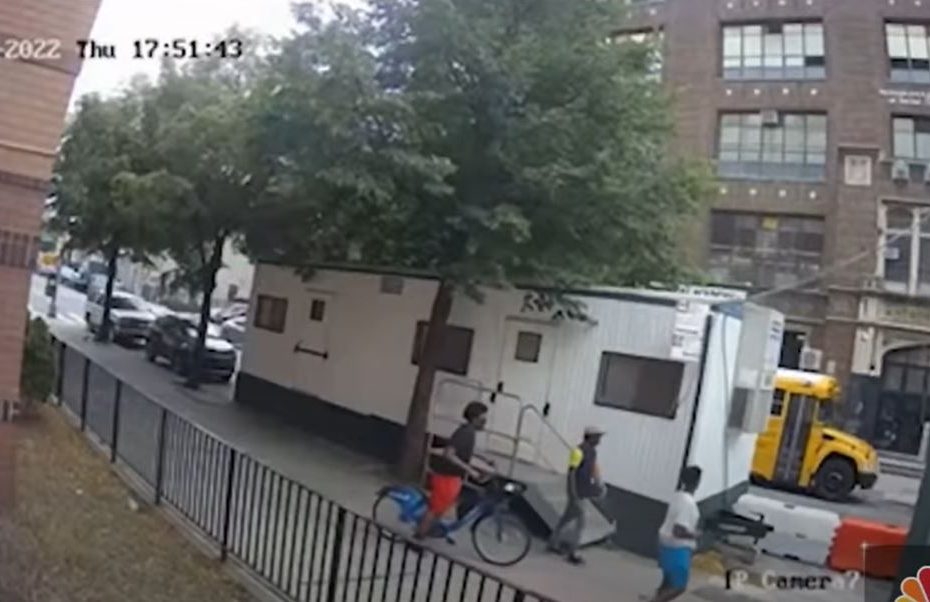 Want to see what a nation in decline, a nation wracked by crime and crumbling under the weight of its own disconcerting contradictions looks like? Then here’s the video that should cinch it for you:

Fortunately, the attack itself can’t be seen in the video. No one wants to see a young girl assaulted by such people, as the evil of it is so self-evident. But it’s clear what happened from the footage that does exist, of the thugs moving along and then running off with the scooter.

What obviously happened and what was confirmed by a neighbor of the attacked girl was that three thugs in Brooklyn, walking along and seeing a young girl riding a scooter. Rather than smile at the obvious joy of a young girl in getting to experience something fun in a dark world growing darker, they instead took advantage of her weakness, attacking and punching her and stealing her scooter, a small thing that was so obviously bringing joy to her life.

That was confirmed by the police as well. As CBS reports:

According to police, a 6-year-old girl was riding her Razor scooter near the intersection of Throop Avenue and Bartlett Street when she was approached by three individuals, believed to be in their teens.

Police say one of the boys punched the girl in the chest, then the other two grabbed her scooter before fleeing.

Oh, and the attack was apparently so severe that EMS treated the six-year-old at the scene of the attack.

What’s worse is that this wasn’t an isolated incident, but rather the natural progression of “progressive” policies in New York City. As Louder with Crowder noted:

In New York City, it’s easy to stoop so low when progressive voters keep electing progressive politicians that enact progressive policies that favor criminals over innocent people. We’ve seen a man who had sixteen priors attack a four-year-old in Times Square. A six-year-old was attacked in front of her home by someone with a record of violent arrests, yet was back on the street. Last week, we saw a guy get mugged after three goons hit him with their car.

These three animals once they’ve been caught? Back on the streets without bail. What’s going on in the world is the amount of low-information voters who keep voting for politicians that are okay with that.

There was a time in America when young kids were safe and able to play on the streets, even in big cities like New York City. Not any longer, apparently. Now thugs will attack a young girl just to steal her scooter. Oh, and the police haven’t caught them yet. Shocker.

Such evil is running rampant in America, a natural result of getting soft on crime and soft on those that commit such horrific acts. It must be stopped; America must be made a place where kids are safe to play again.