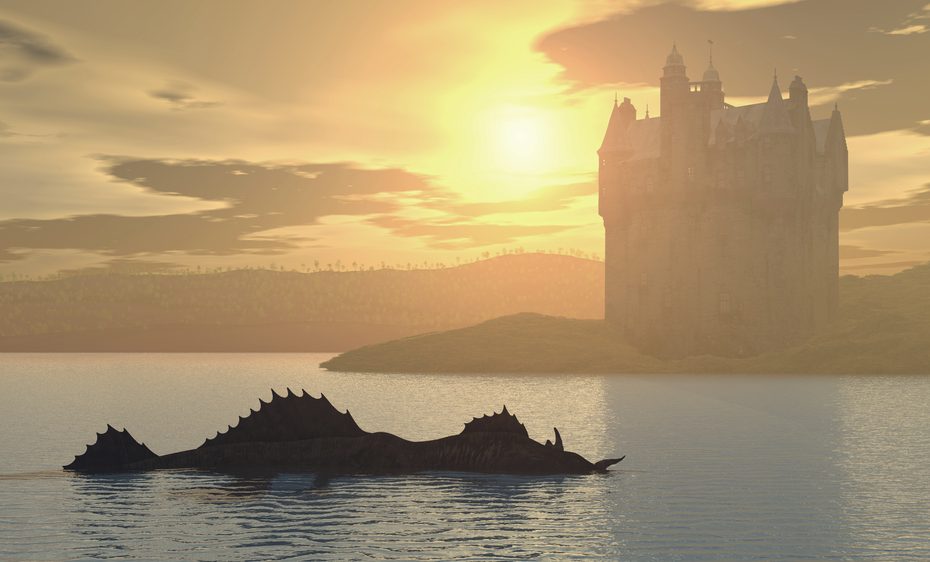 The Lake District is one of the most picturesque places in Britain.

A National Park situated in North East England and spanning around 912 square miles, with its rocky hills, huge lakes and chocolate-box cottages, it’s easy to see why the area is a magnet to walkers and tourists from all across the world.

But one lake boatman warns things might not be as pretty as they seem in the Cumbrian countryside. Remember ‘Nessy’, the Loch Ness Monster? Well, according to Christian Grammar, the Scottish underwater beast may have an English cousin, but this mysterious creature is apparently a little different.

Christian has been skippering boats in Ullswater for decades, and he said he’s never seen anything like this before.

Numerous locals reported geese being dragged under the water on the lake, never to resurface.

“The geese were] sort of flapping their way across the water together, and one of them just disappeared,” Christian told the BBC.

“We all three of us, my two crew and I, saw it. We all looked at each other as if to say, ‘Did you see that?’, looked back and the other one went, literally just 10 to 20 seconds later.

“There was no disturbance on the water. I’ve never seen anything like it in all my time on here.”

Another local posted his account of the goose-snatching lake dweller on social media to warn tourists not to let their dogs go into the lakes.

Wayne Owens, 61, has been coming to the Lakes for “over 40 years” to take part in open-water swimming events, races and triathlons, but now he says he’ll be thinking twice about swimming with Nessy’s cousin!

“BEWARE on ULLSWATER today I saw a full-size goose taken off the top of water and dragged underneath I work on the lake this was witnessed by person working on boat with me this was at Howtown 2nd one I have seen this year NOT A JOKE,” he posted on June 23.

In a follow-up post, the frightened local said the goose incident had occurred at 10:12am and that the feathery victim was “maybe 10 to 12 pounds”.

The next day, Wayne posted another update to his social media to say that he had witnessed “two small gray lags maybe five lbs each” that “could not fly properly taken down immediately”.

“A minority of people thought this was a joke …THIS IS NO JOKE,” he warned.

The claims have left locals debating as to what the watery beast may be. Some have speculated it may be a non-native species released by a collector such as a big catfish or even an allegator!

But wildlife experts say the mystery might not be all that exciting after all.

“Because I’ve seen them take anything up to a mute swan, so that was my first sort of initial thought.

“I would stand by that really because a big dog otter is a big animal, you know? You’re looking at, old money, 25lbs in weight. And they feed on waterfowl quite a lot.”

Grey seals are also known residents of the Lakes.