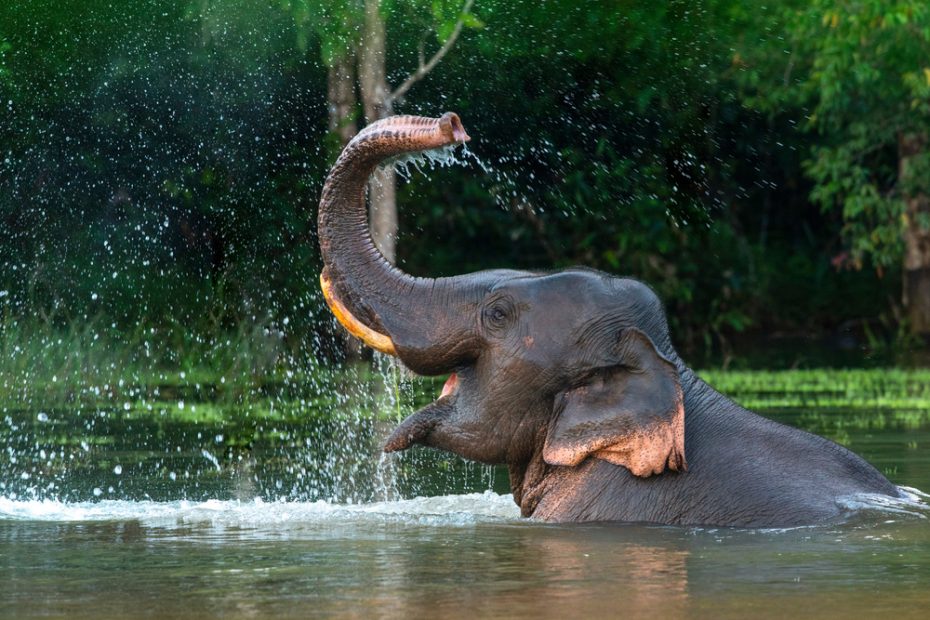 Do you ever get tired of the whole “America sucks” narrative coming from the left? I sure do.

Granted, our country isn’t perfect, I know this. We still have issues. Some racism, though not what we are led to believe, exists. We definitely need to address that.

There are economic issues facing much of our country right now, though not through any fault of Americans except for the 50 percent or so that voted for Brandon.

We have some extreme weather, and while grifters, alarmists and climate activists want to predict our demise, it’s still just weather.

We have Covid, HIV, Monkeypox, some polio, and flu season is on the horizon! Looks like a good time to hide in the basement.

I’ll tell you want we don’t have though, and this should add a little perspective if you are stressed and having a bad 2022.

We don’t have pissed off elephants ripping you in half with their tusks! Check this out from the Washington Examiner:

Pom Pam, a 20-year-old male elephant, had left the body of 32-year-old Supachai Wongfaed mangled in a pool of blood in southern Thailand when police arrived on the scene of the incident, according to reports.

Pom Pam had been made to work arduously on a rubber plantation in the province of Phang Nga despite the extreme heat, the report noted.

Elephant rips man in half after being made to work in extreme heat https://t.co/BAI5ywAwTc

This folks; this right here.  Are you having a bad day? Are you stressed by how hard life is? Do you turn on social media and get angry because so much is wrong with our country? Did you get attacked by an elephant today? No? America for the win!

Now I had no idea rubber came from a plantation. I also had no idea they used elephant slave labor.

I am such an innocent, naive American!

He had been hauling wood all morning the day of the incident, authorities said following an initial investigation.

Pom Pam then turned on Wongfaed, his handler, and tore into him with his tusks multiple times, ripping his body in half, the report noted.

The heat may have made Pom Pam “go crazy,” police said.

Oh, the heat made the elephant go crazy? Is that what you think, elephant whisperer? How about that elephant went ELEPHANT!

If you are going to make one of the world’s largest, heaviest animals work like a dog in the hot sun carrying wood, how can anyone be shocked when the elephant finally has had enough?

Since Pom Pam didn’t feel the need to turn in his two weeks’ notice, he simply took matters into his own hands and resigned on the spot.

Who can blame him? Long, hard hours, extreme heat, hard manual labor and the pay? Peanuts!

The elephant had to be sedated with a dart from more than 1,600 feet away so Wongfaed’s corpse could be retrieved.

The use of Asian elephants for carrying logs was apparently banned in Thailand in 1989, but the practice remains in some areas of the country, according to the report.

That is some impressive marksmanship. If you can sedate an elephant from 1600 feet away, how about getting down to the John Deer dealer and getting some heavy equipment that won’t run you through with its tusk?

There you go kids, today’s reminder that as Americans, we have it pretty good! Think about poor Pom Pam the next time you feel overwhelmed and be glad he isn’t serving you with his two-weeks’ notice.