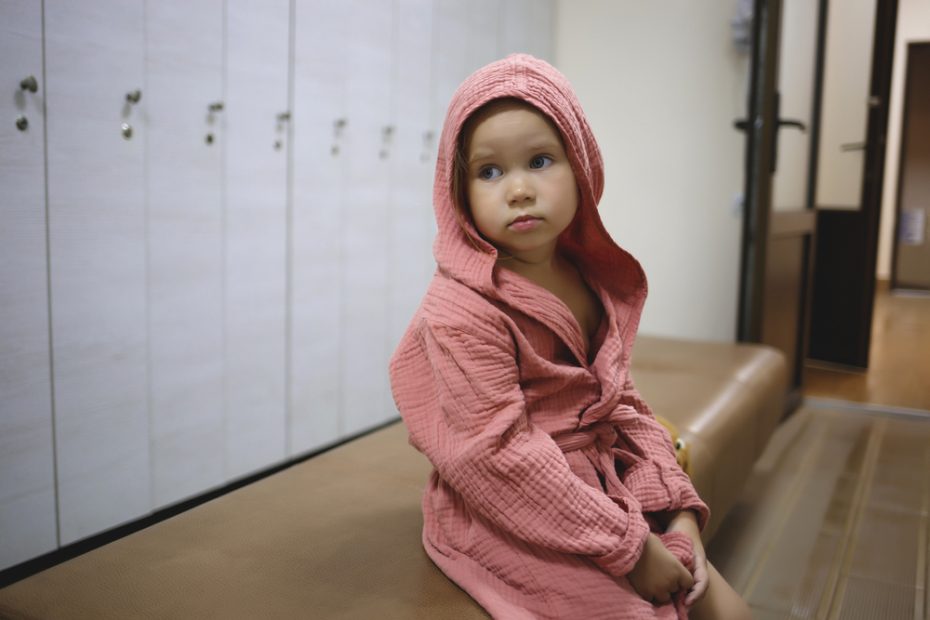 An elderly woman has been banned for life from a YMCA swimming pool after she made a complaint about a biologically male trans staff member loitering in the women’s changing rooms.

Julie Jaman, 80, had been enjoying regular leisurely swims at the Mountain View pool in the City of Port Townsend, Washington state for 35 years, but was issued the ban after she confronted a male staff member who she had seen in the women’s shower rooms.

She said she had “heard a man’s voice” as she was taking a shower after her swim.

“I saw a man in a woman’s bathing suit watching maybe four or five little girls pulling down their suits to use the toilet,” she told KIRO.

“I asked if he had a penis and he said it was none of my business. I told that man to ‘get out right now!”

According to reports, the man who calls himself Clementine identifies as a woman but is yet to undergo full ‘trans-surgery’ to remove his penis.

Julie Jaman 80, asked transgender swimmer Clementine Adams if she had a penis & objected to her presence in the ladies changing rooms at the YMCA Mountain View. She's now banned.

"I saw a man in a woman's bathing suit watching maybe 4 or 5 little girls pulling down their suits." pic.twitter.com/33krHhB0YW

Rightfully disgusted and concerned by what she had witnessed, Jaman reported the incident to another member of staff at the pool, but the elderly woman was told that the police were being called:

“You’re discriminating and you can’t use the pool anymore. I’m calling the police,” the staff member had informed her.

Jaman went on to say that the staff member had not asked her what had happened or if anyone needed assistance, but instead informed her that she was banned from the pool forever:

“She didn’t ask me what the problem was, if I was okay, nothing about me”, said the 80-year-old.

“It’s as if she was just waiting for punce of me. It was just stunning.”

A police report claimed Jaman had “an emotional response to a strange male being in the bathroom” near young children – as surely would be the normal response in such a situation.

It went on to say that she was “screaming” at the man and was “refusing to leave”.

Unbelievably, Olympic Peninsula YMCA CEO Wendy Bart issued a statement to say that the presence of gay pride flags around the building should mean that women knew “what to expect” in the changing rooms. In other words, in her view, if there are gay flags around, you should expect grown men to be around naked girls and women:

“She told me that I was being discriminatory and not following the YMCA principles and values. I told her I respect all human beings, and I’m not following any ideology,” said Jaman after a conversation with Bart about the incident.

“I told her there were no signs posted to give women warning,’ Jaman explained. “I was told there were Pride posters posted all over and that it was assumed that was adequate to inform women what to expect.

“That’s fine with me, except that they do not provide alternatives for women who choose not to be undressing in front of men.”

“I am an 80-year-old woman and I do not talk like that,” she said, although obviously, the YMCA takes a trans man’s word as gospel over that of an elderly lady.

Meanwhile, Clementine has set up a GoFundMe page to raise money for cosmetic surgery to make him look more like a woman.

“But I genuinely believe I need these two particular procedures to feel like I’m able to be myself, especially the vocal surgery.

“The amount of hate and accusations being sent my way is horrifying and it takes all of my energy to ignore it. It keeps intensifying every day and I don’t see the end coming very soon. But hopefully I’m wrong.”