Eggo to Leggo of 85k for Toxic Gas Leak 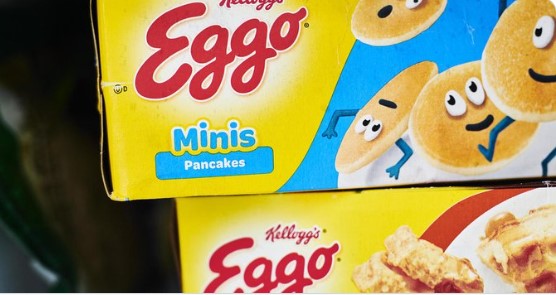 Breakfast has taken a devastating blow with the announcement that Eggo must leggo of a rather large fine for releasing a toxic gas into the atmosphere at its plant in San Jose, California. In an accident involving a subcontractor at the delicious waffle making facility, the contractor damaged a pipe, releasing toxic ammonia instead of maple syrup into the air, causing residents to have to shelter in place, presumably until enough butter was located. (I can’t be the only person that puts butter on a waffle) to neutralize the gas.

The Eggo company, creators of the Eggo waffle, will be required to pay a fine of $85,000 after a release of toxic ammonia in 2021 from its factory in San Jose, California.

A press release from the office of the district attorney of Santa Clara County, California, says the waffle-making company has been “convicted and sentenced.”

The company has been charged with five offences, including “negligently discharging an air contaminant, failing to immediately report that release, providing inadequate training to its contractors, and failing to implement an adequate emergency action plan.”

A Kellogg's factory in San Jose, California, that makes Eggo waffles must pay an $85,000 fine after leaking toxic ammonia into the surrounding neighborhood and not immediately reporting it, state officials say. https://t.co/Tryw9qWyic

While not the usual toxic gas created by Eggo waffles (think carbs), the ammonia is a serious environmental violation, and the facility moved to neutralize it at a pace akin to maple syrup, resulting in far too much released into the surrounding community.

Eggo managers did not call in the emergency for over an hour, according to statements, believing that they had stopped the leak. About 3,400 pounds of anhydrous ammonia escaped into the neighborhood, causing residents to shelter in place until the leak had been fixed. However, no injuries have been reported.

Perhaps waffle plant managers had too many irons in the fire at the facility, but the response was negligent, and the company is 85 thousand lighter because of it. California in particular has very strict environmental standards, especially where brunch is concerned, so it is not surprising that they moved swiftly and harshly with the fine. Kellogg’s, the parent company of Eggo popped up with this statement.

The “safety” of “workers and the environment are top priorities” at Kellogg, according to spokesperson Kris Bahner. “Thankfully, no one was injured in last year’s ammonia incident,” he continued.

“Since that time, we’ve made a number of significant enhancements to our processes and protocols to ensure we have the safest possible environment for our employees and neighbors,” the spokesperson claimed.

Workplace accidents happen. However, it is the response that is perhaps more critical, especially when toxic chemicals are released. Food processing plants are even more critical in terms of safety. A bad batch of toxic waffles would force Eggo to leggo of more than 85 thousand in penalties.

Eggo parent company Kellogg’s assured customers in a statement that it is working to ensure significant enhancements in safety protocols to prevent any further incidents.

It is the right move by Kellogg’s to install more fail-safe’s and improve equipment and safety standards to ensure this doesn’t happen again. Tony the Tiger was unavailable for comment.