The Origin of the Black Death Has Been Found! 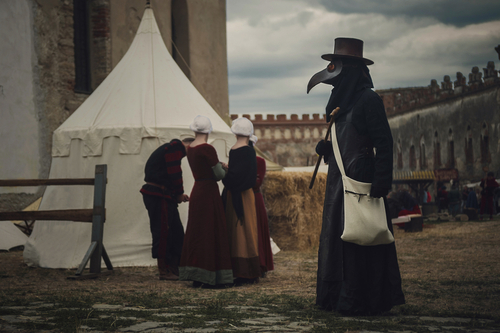 The Black Death was the first outbreak of a pandemic that lasted for about 500 years. It is estimated that within a span of just eight years, from 1346 to 1353, it was responsible for the deaths of up to sixty percent of the people throughout Europe, the Middle East, and Africa.

The way Slavin in his team got some clues were quite interesting, CBS had more on the discovery:

Slavin, an associate professor at the University of Stirling in Scotland who has “always been fascinated with the Black Death,” found an intriguing clue in an 1890 work describing an ancient burial site in what is now northern Kyrgyzstan. It reported a spike in burials in 1338-39 and that several tombstones described people having “died of pestilence.”

“When you have one or two years with excess mortality it means that something funny was going on there,” Slavin told reporters. “But it wasn’t just any year — 1338 and 1339 was just seven or eight years before the Black Death,” he said.

It was a lead, but nothing more without determining what killed the people at the site.

After having an official lead Slavin would go on to collaborate with experts in the field of ancient DNA research.

The author of the study, Maria Spyrou, who is also a researcher at the University of Tuebingen, stated that they collected DNA from the molars of seven people who had been buried at the location. Because teeth contain a significant number of blood arteries, they provide researchers with “great odds of finding blood-borne pathogens which may have led to the deaths of the patients,” as Spyrou said to AFP.

Following its extraction and sequencing, the DNA was checked against a database containing the genomes of hundreds of different microorganisms. Spyrou stated that “one of the hits which we were able to achieve… was a hit for Yersinia pestis,” which is more widely referred to as the plague. In addition, the DNA had “typical damage patterns,” which, as she said further, demonstrated that “what we were working with was a virus that the ancient human carried at the time of their death.”

Existing strains of the plague, which is carried by fleas on rodents, abruptly diversified during the time of the so-called “Big Bang” event, which has been connected to being the cause of the beginning of the Black Death. Scientists speculated that it may have occurred as early as the 10th century, but they were unable to provide a definitive date for the event.

It’s a bit sad that historians will search for an answer for a disease’s origins that occurred over 600 years ago but refuse to even entertain the fact that a pandemic started in the Wuhan Virology Institute lab.