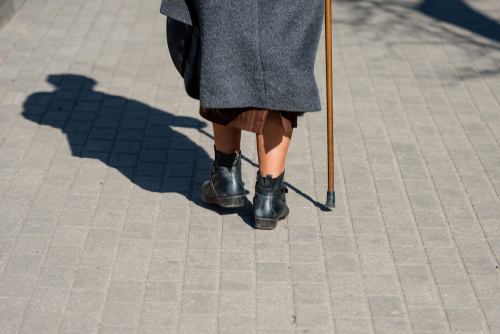 In the United Kingdom, a 76-year-old grandmother who was arrested for silently praying outside of an abortion clinic, has come out victorious in a trial that aimed to prove her innocence.

In February of 2021, a police officer approached Rosa Lalor, a resident of Liverpool, when she was outside walking during a COVID lockdown. Lalor responded to the officer’s inquiry as to why she was outside by stating that she was “walking and praying.”

The officer informed her that she was not praying in a place of worship and that she did not have a valid reason to be outside. He also told her that she had no business being outside. He suggested that she was demonstrating in front of the clinic when he saw her there. Lalor was taken into custody and given a monetary fine after being apprehended.

Think this sounds far-fetched? Nobody could be arrested for silent prayer, right?
Meet Rosa.
She's a 76-year-old grandmother from Liverpool.
And she was arrested last year for praying – masked, alone, silently, with headphones on – on the street near an abortion facility. pic.twitter.com/oY8OR86p2Z

Lalor was defended in court by ADF UK, a faith-based legal organization that operates without making a profit. After further review, the Merseyside Police Department has concluded that Lalor should not have been detained. She was perfectly within her rights and had a “reasonable justification” to be praying aloud while strolling about in a public area, as she had no intention of offending anyone.

A representative for ADF who was defending the grandmother told CBN:

“We’re thrilled to celebrate a victory for Rosa today, but it is deeply regrettable that this law-abiding woman was subjected to distressing, drawn-out criminal proceedings in the first place, no doubt due to her pro-life stance. This follows a worrying trend in law enforcement where individuals are routinely arrested simply because their views are considered to be controversial or offensive,” said Jeremiah Igunnubole, legal counsel for ADF UK.

“I’m delighted that the prosecution has finally dropped this charge after a long and exhausting battle for justice. I took this challenge forward with support from ADF UK to show that we do all have a fundamental right to pray – not least pray as I did, in the privacy of my own mind,” Lalor said. “It was wrong for the police officer to tell me that I could not pray in a public street. It’s important for officers to respect basic religious freedom, and improve their understanding of how that right manifests, in order to maintain a truly tolerant society.”

“Censorship Zones,” which would prohibit free speech and are being considered by local councils in the UK, would be established outside abortion clinics.

According to the ADF UK, the Liverpool and Bournemouth City Councils are currently attempting to create censorship zones around abortion clinics within their respective municipalities. This is happening despite the fact that the local police department stated that the grandmother’s actions were a reasonable excuse under the coronavirus laws that were in effect at the time.

WIN for Grandmother arrested for prayer walk – a small but important victory for Rosa Lalor who had the courage to challenge an unjust arrest and prosecution under covid regs. There is simply no place for thought crimes in a free and democratic society. https://t.co/XnypcoHsN8

The City Council of Aberdeen voted last week to approve a proposal that will censor the city’s public roadways.

Even the practice of silent prayer is outlawed in the buffer zone that extends 150 meters (more than 492 feet) in Richmond and Ealing, two cities in the United Kingdom that have already introduced buffer zones; this is a move that other city councils may decide to imitate.