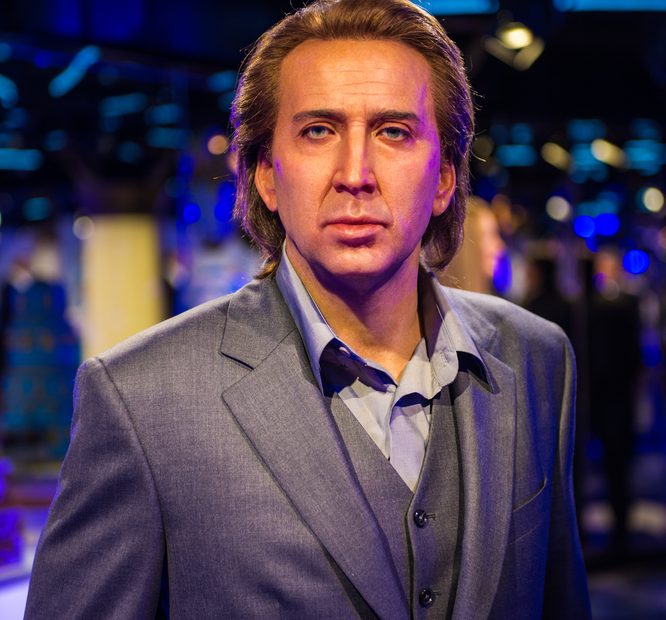 Disney has had a rough 2022. First, they tangle with Heavy D, Ron DeSantis and get their bottoms spanked, then undercover audio of high-level meetings discussing their “queer” agenda in their movies is leaked. Yikes. Rough year!

Of course, Disney continues to double down on the bad decisions, even as their stock prices stagnate like the American economy (thanks Brandon).

After firing Johhny Depp from HIS role as Captain Jack, it appeared as if Disney was hell bent on self-destruction.

Maybe not. Recently legendary producer Jerry Bruckheimer hinted that a true “national treasure” might be reprising his most popular role. Let’s check Outkick for the details:

Disney plans on pumping out another “National Treasure” movie.

“National Treasure” and “National Treasure: Book of Secrets” are two of Nicolas Cage’s two most successful movies, and there has long been speculation about whether or not a third movie would eventually drop.

It’s been nearly 15 years since the second film premiered in December 2007, and it’s safe to say a lot of people just kind of gave up hope. However, the wheels are absolutely turning on giving fans a third movie.

Jerry Bruckheimer confirms that NATIONAL TREASURE 3 is still in development

This is stunning news. Nic Cage is a throwback to a better time in Hollywood, and America. Cage is truly an American icon, and to get him back in another “National Treasure” movie could potentially save, or at least rescue Disney for a while. After all, we know Disney will mess it up eventually.

There simply aren’t enough big-screen action heroes. The mindless, popcorn action flick is nearly a thing of the past. America simply NEEDS Nic Cage to rescue us from wokeness and PC culture, at least for a couple hours.

We’re working on the script right now. Hopefully [Cage] likes it, but it’s really good. So I think we’ll get it to him shortly,” producer Jerry Bruckheimer told ComicBook.com when asked if the legendary actor would return for a third film.

While Bruckheimer’s comments are far from a guarantee “National Treasure 3” will happen, it seems like there’s certainly some progress that has been made.

Nic Cage is the right man to fix the wrong time in America. Tom Cruise helped set things in motion earlier this year with Top Gen: Maverick, and as stunning as that movie was, Nic Cage could bring Hollywood back up off the mat.

While Bruckheimer didn’t offer any timeline for when “National Treasure 3” could premiere, if the studio is just in the writing stage, we’re still years out. Still, we now have a reason to be optimistic. I hope it happens and is just as entertaining as the first two.

If they are still in the writing stage, we implore you Jerry Bruckheimer, get Cage a good script! Leave out the woke themes plaguing Hollywood. Let’s have a rip-roaring action movie that contains ACTION instead of strained and tired themes of diversity and inclusion.

This could be Disney’s last shot; let’s all hope they don’t waste it.