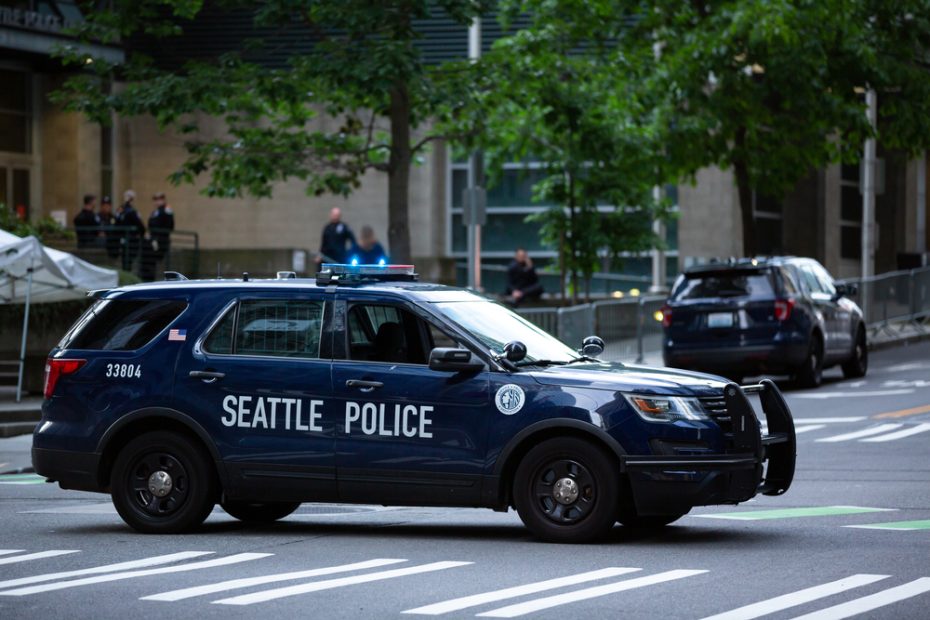 Seattle cops have released chilling CCTV footage showing a 66-year-old disabled man being beaten to death with a metal pole reportedly by a violent serial criminal who had been freed on a felony charge just days earlier.

Aaron Fulk, 48, was captured on surveillance cameras smashing a metal pole into Rodney Peterman in the downtown area of Washington city just streets away from a tourist hotspot, Pike Place market.

The attack was so bloodthirsty and vicious that Fulk continued to beat Peterman, who had severe mobility issues and used a walker to get around, even after the victim lost consciousness.

Peterman suffered a fractured skull after Fulk hit him across the back of the head with the pole three times.

Horrified witnesses attempted to revive Peterman with CPR but he did not regain consciousness. He eventually succumbed to his injuries in hospital 4 days later.

Cops don’t yet know the motive behind this heinous crime or if the two men were acquainted. Fulk was arrested as he walked away from the scene.

It has been revealed that Fulk is in fact a violent serial criminal who had been released onto the streets of Seattle just eight days earlier by Pierce County Superior Court Judge Philip Thornton.

Thornton decided to release Fulk on his own recognizance after the violent thug had been arrested for felony harassment after he threatened the life of a local city worker.

The judge had asked him nicely not to commit another crime, but Fulk lasted a matter of days before he murdered someone.

“I want to be very clear – we will not tolerate crime in Seattle. Whether organized retail theft, crimes of violence against our most vulnerable, crimes of hate, or especially gun violence, we will not look the other way while the fabric of our neighborhoods and city is destroyed,” he said during a press conference in February.

According to Seattle Police Department data, aggravated assaults were up 24 percent in the city in 2021 compared to 2020.

Shots fired reached an all-time high, up 40 percent since 2020, while overall crime sky-rocketed by 20 percent – its highest level in 14 years.

Critics have blamed the city’s woke approach to dealing with violent criminals who are often released back onto the streets by judges who apply lax bail laws, only to quickly re-offend.

Fulk has a criminal record as long as your arm. It includes assault, aggravated battery, attempted assault, and disorderly conduct yet the decision was made to risk the safety of Seattle citizens which resulted in one disabled man’s untimely death.

When cops arrested, Fulk, he said:

“If I have to go to jail for it, I will and I’m gonna kill him ten times over”.

An arresting officer pressed the vile thug if he had meant to kill Peterson, to which he replied:

He is now being held on a $2.4 million bond after King County prosecutors finally determined that he is a danger to the public.

Seattle’s police chief, Adrian Diaz said the current system is not fit for purpose and is risking the safety of the law-abiding citizens: