DIRTY WORK: Hotels Ditching Daily Room Cleaning, And Not All Are Happy About It 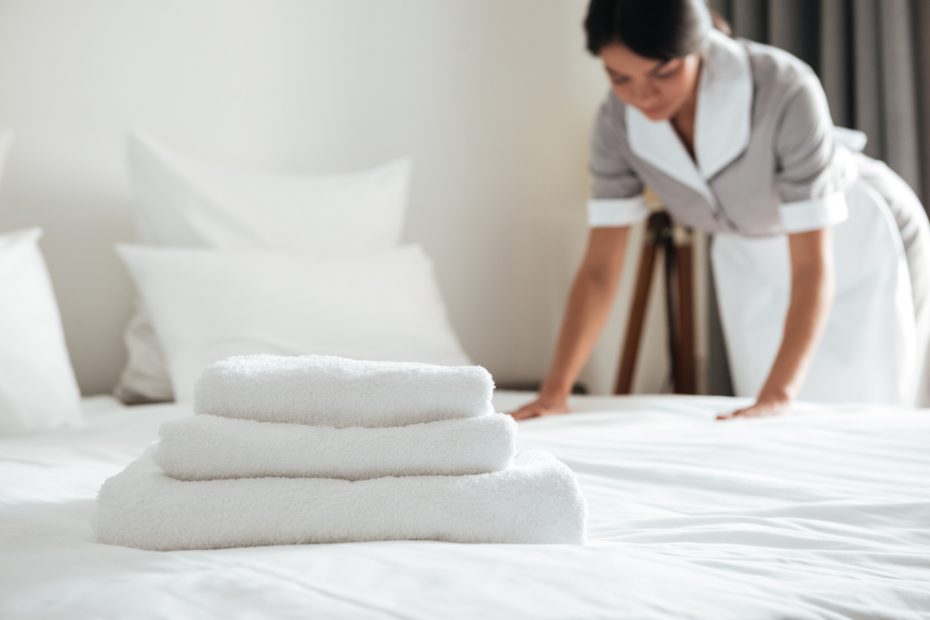 Holiday-goers and business travelers have relied on and maybe even looked forward to daily room cleaning services provided by the hotels at which they stay. Still, that taken-for-granted practice is being phased out for a new model, and it’s wrangling housekeeping staff and the unions that represent them.

Hotels had experimented with less frequent housekeeping in the name of sustainability, but the reduced housekeeping became part of COVID-19 protocols, which temporarily phased out daily room cleaning. Instead, housekeeping staff cleaned rooms at the end of the guests’ stay, including sanitizing the surface areas and the notoriously germ-ladened remote control, and guests would place trash bags outside their door and request new towels by calling the front desk. Luxury hotels have kept full daily housekeeping services unless guests opt-out.

AP News interviewed housekeepers at the Hilton Hawaiian Village resort on Waikiki beach about their current workload and learned that the resort lost 150 housekeepers due to pandemic layoffs. Many of them have not been hired back or have been placed on-call. Several housekeepers who have been hired back talk of backbreaking work and cut hours, but the workload has increased, leading them to play daily catch-up.

“It’s a big change for us,” said [Luz] Espejo, a 60-year-old originally from the Philippines who has cleaned rooms at the world’s largest Hilton for 18 years, minus about a year she was laid off during the pandemic. “We are so busy at work now. We cannot finish cleaning our rooms.”

One day after guests checked out of their room Espejo collected enough trash, including confetti from the carpet and some items strewn under beds, to stuff seven large garbage bags. She also stripped the linens from the beds, wiped layers of dust off furniture, and scrubbed away the grimy film on the toilet and bathtub.

Many hotels across the United States have done away with daily housekeeping service, making what was already one of the toughest jobs in the hospitality industry even more grueling.
https://t.co/axYxxiOysw

The union that represents hotel workers claims that the reduction in hotel cleaning services and staff is “all about more money in the owners’ pocket by putting a greater workload on the frontline workers and eliminating jobs.”

However, Chip Rogers, President & CEO of the American Hotel & Lodging Association trade group, disagrees, saying that it is the customer who wants the reduced housekeeping services:

“A lot of guests, to this day, don’t want people coming into their room during their stay,” he said. “To force something onto a guest that they don’t want is the antithesis of what it means to work in the hospitality industry.”

One guest who weighed in said that daily housekeeping is wasteful and that he and his wife teach their kids to tidy up after themselves. In March, Ben McLeod of Bend, Oregon, and his family stayed at the Westin Hapuna Beach Resort on Hawaii’s Big Island and didn’t request housekeeping for the four-night stay.

Unlike Hawaii, New Jersey requires hotels to offer daily cleaning, but many guests continue to turn it down. This makes the job more difficult because all cleaning has to be done after the guests leave rather than piecemealing it throughout the stay.

Martha Bonilla, who works housekeeping at the Caesars Atlantic City Hotel & Casino in New Jersey,  says that the work is so physically taxing due to the reduced hours that she comes home physically exhausted from dusting and scrubbing the days-worth of build-up:

“When I come home from work now, the only thing I want to do is go to bed,” said Bonilla, originally from the Dominican Republic and a single mother of a 6-year-old daughter.

Politicians are taking on the issue, including Hawaii state Rep. Sonny Ganaden, who recently introduced a resolution requesting Hawaii hotels “immediately rehire or recall employees who were laid off or placed on leave” because of the pandemic.

Ganaden didn’t mention that customers can still opt-out of these services.