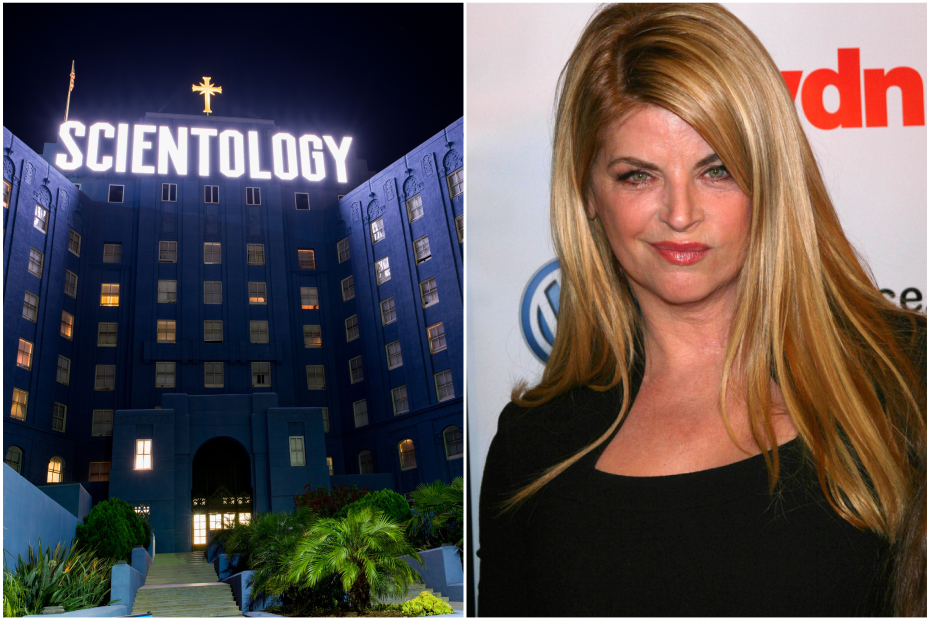 Sad news from Hollywood this week, as outspoken conservative and star of such iconic shows as Cheers and movies like ‘Look Who’s Talking,’ Kirstie Alley passed away after a short, private battle with cancer. Alley was an outspoken figure on Twitter and not afraid to voice her opinions despite the threats of pushback from the liberal media. Alley famously supported Donald Trump throughout his Presidency, even to the detriment of her career. Alley, by her own admission, was “blackballed” from Hollywood because of her support of Trump because the left loves nothing more than silencing dissent. Not much was known about her condition, as it was only a recent diagnosis and kept very private.

It should be noted that Alley was a devout Scientologist. So, what is the significance between Scientology and her sad death from cancer? Perhaps nothing, but Scientology is well known for eschewing traditional medical care in favor of “auditing” and counseling. Scientology believes most illnesses are psychosomatic and can be cured with your mind. Check this out.

Sources said Scientology leaders will hold a memorial service for Alley at the Flag Land Base in Clearwater. Raised a Methodist, she joined the church in 1979 to help put an end to her cocaine addiction.

As a longtime Scientologist — she made it to the highest level of learning, Operating Thetan Level VIII — there were immediate questions about the church’s role in her medical treatment following her death.

Kirstie Alley likely had cancer for a long time but she didn’t treat it because Scientology tells their suckers that they won’t die from it. Same with Kelly Preston and same with Chick Corea. Scientology kills people. https://t.co/ZzzTy2lKZa

While it might seem innocuous that Alley received the highest level of Scientology, it is interesting as Scientology basically declares one immortal upon receiving this highest level. Clearly, that wasn’t her experience.

Not only that, but there have also been other notable, high-profile people dying of cancer under Scientology’s watch.

Alley is the third latest high-profile Scientologist to die in recent years from cancer. Actress Kelly Preston, 57, the wife of John Travolta, died of breast cancer in July 2020. Grammy Award-winning jazz pianist Chick Corea died at age 79 from a rare form of cancer in February 2021.

Could it be possible Alley and others could have been saved if not for Scientology and their practice of NOT seeking actual real medical treatment? Scientology has come under intense scrutiny in recent years thanks to high-profile ex-members like Leah Remini exposing the religion as a scam and tax shelter for the rich. After all, the religion was founded by a science fiction writer based on a book he wrote in the 1960s called “Dianetics.”

Tony Ortega, who writes the long-running Scientology blog The Underground Bunker, told Page Six that he had heard that Alley had suffered from back pain before being diagnosed with cancer, adding: “Scientology’s first book, ‘Dianetics,’ is built on the idea that most human ailments are psychosomatic and can be cured, so when Scientologists get ill, they are trained to first look for a Scientology solution.

“Scientologists know that [founder L. Ron] Hubbard was really down on doctors, so they look for alternatives.”

“Did Kirstie’s training prevent her from seeking medical help sooner, maybe? A lot of people are asking.”

To be clear, L. Ron Hubbard was an author and a man who famously once said, “You don’t get rich writing science fiction. If you want to get rich, you start a religion”.  This in and of itself is a dubious enough statement to call into question the principles of Scientology. Never mind the crazy, far-out beliefs such as thetans, space aliens dropping the evil souls of the galaxy into the volcanoes in Hawaii, and Lord Xenu. Look it up; that’s what they believe. While fairy tales like those are harmless science as science fiction, convincing people that they are immortal isn’t quite as harmless. Alley had attained the highest level of Scientology, OT VIII.

“Scientologists are told that, if they can reach OT VIII, they will be ’cause over matter, energy, space, and time,’ which translates to various superhuman abilities, including being impervious to disease.”

Turns out, in Alley’s case, not so much. How many other people has this so-called religion harmed? Certainly, it was Kirstie Alley’s choice to believe whatever she wanted, but to not lay some of the blame for her death from cancer at their feet would be wrong. RIP, Kirstie Alley.