Did Lithuania Light the Fuse on WWIII? 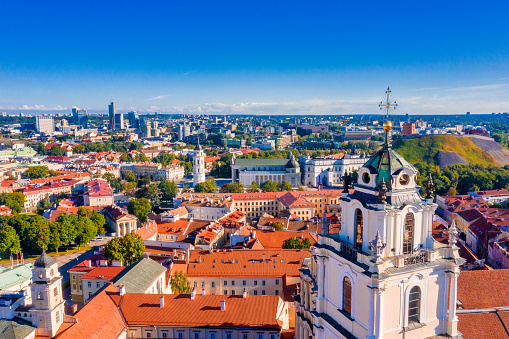 In a staggeringly stupid and very dangerous move, Lithuania has banned the transit of Russian goods to Kaliningrad effective, June 18, 2022.  Kaliningrad, which sits between Poland on the west and Lithuania on the east, is home to almost a half-million Russians and the headquarters for the Russian Navy’s Baltic Sea force. Not a brilliant move at all.

So, is this where WWIII starts in earnest? NATO member Lithuania has just violated its treaty obligations and denied Russia rail access to Kaliningrad, which could force Russia to trip NATO’s trip wire.

The WEF’d up West is out of its ever loving mind. pic.twitter.com/w37iF1VhFf

According to Lithuania,  they are abiding by the sanctions imposed by the European Union, of which Lithuania is a member. They are also members of NATO. Aside from this, the move to ban the transit of Russian goods is an utter deliberate provocation. It is akin to laying an economic blockade on the important and essential interests of Russia. While there is no immediate danger to the Russian population of Kaliningrad, this is a tipping point that could eventually lead to actual war as opposed to just a special military operation.

The difference between the two, in this case, is that in the event of a Special Military Operation, you leave all communications, electronic infrastructure, transportation infrastructure, and fuel depots mostly intact. There is an attempt to minimize civilian and military casualties.

On the other hand, war is frightening. If Russia opts for war — and it just might –, the restraint they exhibited recently will be replaced by a full-on deadly attack on key military installations and assets in the Lithuanian region as well as the destruction of their communications, electrical, transportation, and fuel resources. This would probably include taking out critical satellite communications and intelligence collection systems of the United States and Europe, essentially cutting them off from the rest of the world.

Kaliningrad, which is formerly known as Königsberg, was placed under Soviet control in 1945 according to the terms of the Potsdam Agreement, which had the support of the United States and Great Britain.  The Russian people literally paid blood for this land in 1945 and are not going to easily just give it up as a result of threats and bullying from the West.  If you are going to poke an angry bear with a stick, you’d want to be certain that the bear is at least securely locked in a cage, and this is not the case with Russia at the moment.

The enclave in Kaliningrad is home to the Russian Baltic Fleet and a deployment location for Moscow’s nuclear-capable Iskander missiles.

Kaliningrad’s governor Anton Alikhanov, said the ban would cover between 40 and 50 percent of the items that Kaliningrad imports from and exports to Russia through Lithuania as the EU sanctions list include coal, metals, and construction materials, and advanced technology. “We consider this to be a most serious violation … of the right to free transit into and out of Kaliningrad region,” he said in an online video posting. He also added that authorities would push to have these measures lifted.

Alikhanov is urging citizens not to resort to panic buying. He said two vessels were already carrying goods between Kaliningrad and Saint Petersburg, and seven more would be in service by the end of the year.
In February, Lithuania closed its airspace to flights from Russia to Kaliningrad, which forced commercial carriers to take a longer route out over the Baltic Sea.

Itinerary Russian flights must follow to land in Kaliningrad Russian exclave as the Baltic states have closed their air space for them.

This air route, the Swedish (Not NATO) island of Gotland and the narrow Suwalki gap linking Poland and Lithuania, potential friction points. pic.twitter.com/94C6YGCIlL