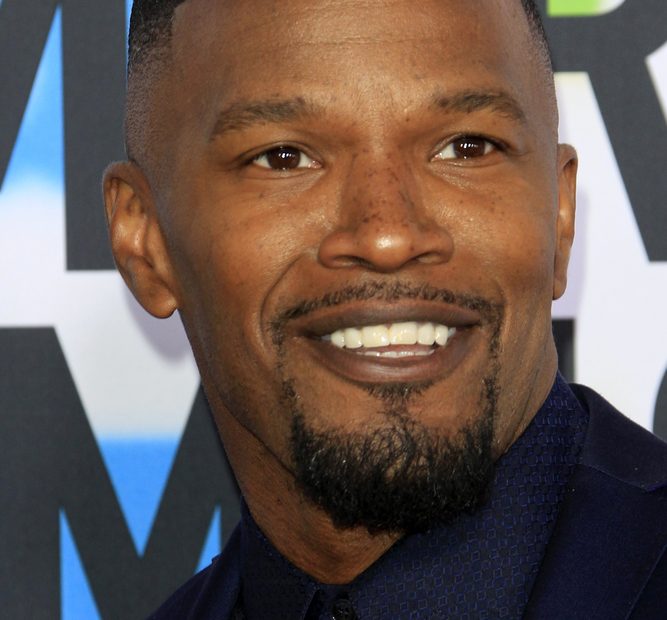 Let’s face it, the golden age of funny Hollywood movies is over. Cancel culture only allows us to laugh at what they deem fit.

It sucks, but we have let it get to that point.

Could you imagine some of the iconic comedy movies from the last twenty years getting made now? The Hangover? Nope. Superbad? Hell no. Get Him to the Greek? No way. Horrible Bosses? Definitely not.

Nope, you can’t make movies anymore unless they have gay, trans, non-binary people of all colors in it. While that may be a slight exaggeration, rest assure, it’s only slight.

Jamie Foxx, one of the most beloved and talented actors and performers of his generation did a low budget, independent comedy in 2018 called “All-Star Weekend” that hasn’t and likely never will see the light of day.

Let’s check with the New York Post and find out why:

In 2016, Jamie Foxx, 54, and Jeremy Piven, 57, started filming “All-Star Weekend,” a movie about two NBA-obsessed friends in Indiana. Piven’s character is Steph Curry’s biggest fan, while Foxx’s worships LeBron James. The pair win tickets to the NBA All-Star Weekend in Los Angeles and on their way out west, they run into a cast of wacky characters and find themselves in a dangerous situation with their hoop idols.

I can instantly tell you this is a movie I would pay money to see. I’m a big fan of Jamie Foxx as a comedian, and Jeremy Piven is criminally underrated as a comedic actor. Piven has starred in the before-it’s-time skew of political correctness in the 1994 comedy “PCU”, and his turn as the stuffy Dean Jones in the Will Ferrel classic “Old School” is legendary.

Sadly, the cancel culture, turd-in-the-punchbowl crowd is keeping the movie in the can. Maybe permanently.

The premise and the cast, which includes Robert Downey Jr., Benicio del Toro, Gerard Butler and Eva Longoria, seem like a slam dunk. And Foxx, who was making his directorial debut with the movie, gave many glowing interviews about the project.

Last week, Foxx suggested the humor was too out of bounds for today’s uptight comedy climate in which comedians like Dave Chappelle and Ricky Gervais have landed in hot water for jokes that have touched society’s third rails.

More comedians and actors NEED to touch society’s third rail. The shock needs to wear off and we need crude, crass comedy again. Everything can’t always be sanitized and watered down so as not to offend a small minority of the population. Whatever happened to just not watching if you found something offensive? I for one am sick of being told what is appropriate for me to find funny.

“It’s been tough with the lay of the land when it comes to comedy,” Foxx told CinemaBlend last week when asked about “All-Star Weekend.”

“We’re trying to break open the sensitive corners where people go back to laughing again,” he said, continuing to be vague about the film’s status.

I don’t even need to know any more details of the plot. The cast is fire, the premise is entertaining, and the prospect of a black Jamie Foxx playing a white racist cop is insane! Throw in Robert Downey Jr. playing a Mexican man, and I’m all the way in.

Downey famously played a character in black face in the 2008 war movie spoof “Tropic Thunder”, once again a role and character that we will never see again. Downey caught some flak for the black face, but reviews were generally favorable. What a difference 15 years can make!

It’s not looking like this movie will ever see the light of day, and that’s a shame. We just need that one big movie to blow the lid of political correctness. Top Gun: Maverick did it for the action genre, who will do it for comedies? It appears it won’t be Jamie Foxx and “All-Star Weekend”.