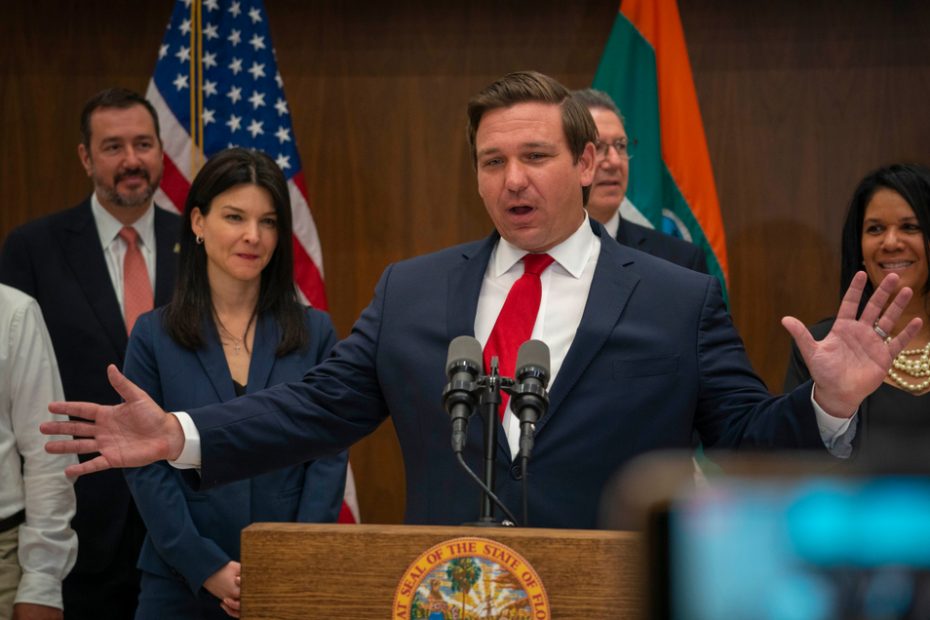 As if the left needed any more reasons to hate America’s favorite governor, Desantis has taken the next step in restricting the state of Florida’s Medicaid coverage for Transgender drugs and gender reassignment surgery for youths, saying that there just isn’t enough evidence to support the need to treat alleged gender dysphoria. Nikki Fried, the state’s Commissioner, weighed in on the decision:

Governor DeSantis is once again targeting the LGBTQ community during Pride Month. He’s putting politics above science and manipulating data in order to deny transgender Floridians access to healthcare. This is hateful and harmful. https://t.co/RYs7JOIvBO

On June 2nd, a 46-page report was issued by Florida’s Agency for Health Care Administration (AHCA), which reviewed alleged medical evidence pointing to the need for “gender-affirming care” for people who suffer from gender dysphoria, a condition where a person identifies as a different gender than the one they were born as, a condition that more and more people seem to be suffering from in recent years.

There is currently no specific policy in the state of  Florida on Medicaid benefits covering transgender treatments which would include hormone therapy and gender reassignment surgery, but the coverage for these treatments is determined based on generally accepted professional medical standards (GAPMS). The report states  that as a condition of Medicaid coverage, sex reassignment treatment must be “consistent with [GAPMS] and not experimental or investigational.”

The Florida health agency basically concluded that these treatments and approaches to treat gender dysphoria, which includes medications and surgery, are not consistent with the GAPMS, and that they are experimental and investigational, and can have long-lasting negative effects physically and emotionally. Cross-sex hormones and puberty blockers can especially have harmful long-term effects on adolescents.

Evidence shows harmful effects of puberty blockers on children. Despite these negative results being known, children continue to be given blockers. Is this the result of efforts to appease transgender lobby groups? It is time for a full inquiry. https://t.co/szI3FTwl8T

The report also went on to say that there is “insufficient evidence that sex reassignment through medical interventions is a safe and effective treatment for gender dysphoria.” It said the available evidence showed that the interventions cause “irreversible physical changes and side effects that can affect long-term health.” The report was signed off by Florida’s deputy secretary for Medicaid at the Florida AHCA, Tom Wallace.

In a release dated June 2nd, the ACHA stated that it will proceed with rules and guidelines restricting the state’s Medicaid program’s coverage for treating gender dysphoria.

Florida’s Surgeon General, Joseph Ladapo said, “While some professional organizations, such as the American Academy of Pediatrics and the Endocrine Society, recommend these treatments for ‘gender affirming’ care, the scientific evidence supporting these complex medical interventions is extraordinarily weak. Florida must do more to protect children from politics-based medicine. Otherwise, children and adolescents in our state will continue to face a substantial risk of long-term harm.”

Ladapo has stated in the past that the Biden administration’s guidance on the subject of gender reassignment in youths was never about healthcare, but instead “about injecting political ideology into the health of our children.”

Governor Ron DeSantis also signed a bill in May banning transgender from competing in women’s sports called the Fairness in Women’s Sports Act, stating that, “girls are going to play girls’ sports, and boys are going to play boys’ sports.”