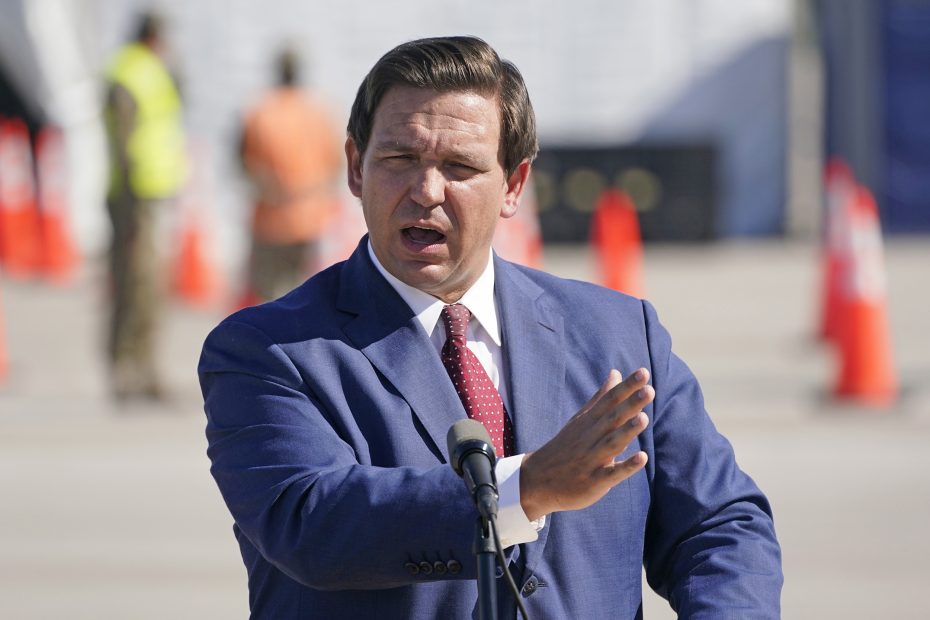 Earlier this week, Florida’s governor, Ron DeSantis said that the White House has lied about his states Covid-19 vaccine policies, and that the main stream media — as usual — has chosen to ignore it.

The Republican governor was in Callahan, which is  just north of Jacksonville, when he was asked about a debate on vaccines that happened on Friday and comments from the Biden administration last week that alleges he had changed course and was now ordering vaccines for young children.

“The White House is lying about it, surprise. Not surprised the White House would lie, definitely not surprised that legacy media would amplify the lie, because that’s what they do,” DeSantis said. “The state of Florida, they came out with an article saying the state of Florida has not ordered, it’s Department of Health has not ordered mRNA jabs for the babies. Yes, we didn’t. We recommend against it.

“We are not going to have any programs where we’re trying to jab 6-month-old babies with mRNA,” he added. “That’s just the reality. I think what they thought would happen was that we’d be embarrassed about it.”

It is absolutely disgraceful that Ron DeSantis is the only governor in America who refused to buy vaccines for babies and toddlers. Republican leadership is completely failing us.

On Friday, White House Press Secretary Karine Jean-Pierre falsely misspoke to reporters when she said that Florida had reversed course and was now allowing health care providers in the state of Florida  to order the mRNA vaccines for children under six months to 5-years of age.

“Even though Governor DeSantis reversed course and is now ordering vaccines, we will pull every lever to get pediatricians across Florida vaccines as quickly as possible,” she said. “This is an encouraging first step, and we urge the state to order vaccines for its state and local health departments, so that all Florida parents have the opportunity to get their children vaccinated.”

None of what she said during the press conference regarding the state of Florida and vaccines was remotely true and it really begs the question, how are we expected to trust anything the press secretary of this administration says…about anything?

Earlier in the week, Florida Surgeon General Dr. Joseph Ladapo said he disagreed with the Food and Drug Administration’s decision to administer COVID vaccines for kids under 5. DeSantis’s approach to infant vaccination is similar to those in Scandinavian countries, including Sweden, which has decided not to recommend children under eleven be vaccinated due to the “low risk for serious disease for kids”.   Denmark and Norway have also decided not to offer vaccines to children under five.

DeSantis said that Florida discourages Covid vaccination for young children and would not place orders for the vaccine to be distributed to them, however, the state would not block providers from acquiring it themselves.

To be clear, DeSantis said the state would not be ordering any mRNA vaccines for children in the state of Florida.

So what else is new? "White House Press Secretary Karine Jean-Pierre lied her head off."
White House Gets Busted in Multiple Lies About Ron DeSantishttps://t.co/Hlxvxiu0T4