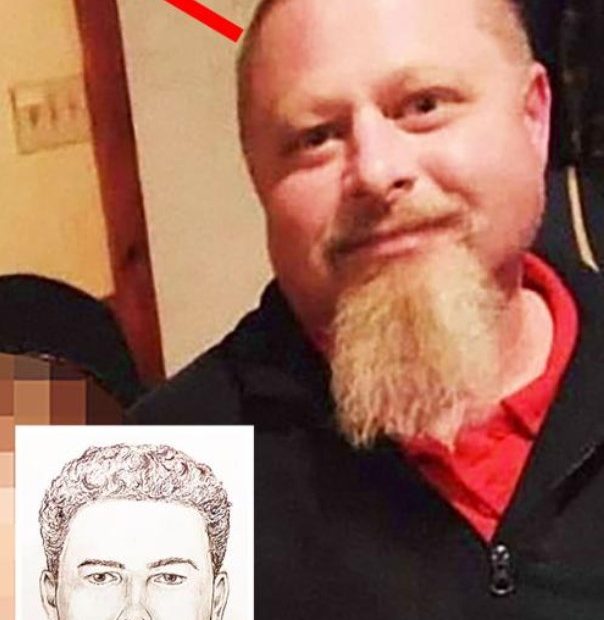 A bar owner in Indiana said that the person who was arrested for killing two teenage girls in Delphi was a customer at his bar who would often sit right next to a police sketch of the wanted killer.

The owner of the now-closed JC’s Bar and Grill, Bob Matlock, said that Richard Matthew Allen and his wife were regulars who often talked about the deaths of 14-year-old Liberty “Libby” German and 13-year-old Abigail “Abby” Williams in 2017.

Matlock told the Daily Beast, “He would come in, and we would always talk about the girls and everything.”

“We would carry on conversations about it, he would say, you know, ‘It’s such a tragedy,’ and we’d say we felt sorry for the families and all that …”

Allen, who is 50 years old, is married, has two kids, and works as a CVS technician. On Friday, he was arrested and charged with two counts of murder in connection with the mysterious deaths in Delphi. On February 14, 2017, the girls’ bodies were found near a hiking trail, a day after they went missing while walking on a day off from school.

Matlock said that he and Allen and his wife, Kathy, had been good friends for almost 20 years. Matlock closed his business in December 2021. The couple went to the bar three or four times a week and talked to other people there, sometimes about the unsolved murders of the girls.

Matlock said that Libby and Abby’s family members were also some of his customers.

Matlock said that the Allens were involved in the community and played pool in a league at JC’s Bar. He said that there was never any sign that Richard, who was known as “Rick” to his friends, would be accused of killing two people.

“I just couldn’t believe it when they said they arrested him. I said, ‘Well, that can’t be the Rick we know.’ And then we come to find out it was … There wouldn’t have been any inkling to anyone that knew him that would expect him to do something like that,” Matlock said.

Richard Allen was arrested in 2017 for killing two teens in Delphi, Indiana.
Matlock shared a scary picture of Allen smiling in front of a police poster with an artist’s drawing of the face of the Delphi murder suspect.

The former bar owner said that he didn’t think the sketch looked like Allen. He also didn’t think the man’s voice in a grainy video found on Libby German’s phone that said “down the hill” was Allen’s.

Matlock said that Allen was friendly and quiet. He said that Kathy, his “sweet” wife, works as a vet.

Becky Patty, Libby’s grandmother, told reporters on Monday that Allen once developed photos for her family at CVS without charging them.

Betty Cummings was a customer of Allen’s at the CVS where he worked. She told the Indianapolis Star that she would sometimes see him at a nearby McDonald’s when she went to lunch with friends.

She said that he was quiet and polite. “He just blended right in,” she stated. “You wouldn’t even suspect the guy.”

CVS said in a statement that it was “shocked and saddened to learn that one of our store employees was arrested as a suspect in these crimes. We stand ready to cooperate with the police investigation in any way we can.”

“We remain devastated by these murders and our hearts go out to the German and Williams families,” the statement said.

Police still haven’t said how Libby and Abby died or what evidence they have in the case, even though it’s been more than five years since they were killed.

Allen went to court for the first time on Friday. He pleaded not guilty to the charges of murder and was ordered to be held without bond. Doug Carter, the head of the State Police, said that the investigation is “far from complete” and asked people to keep coming forward with information.