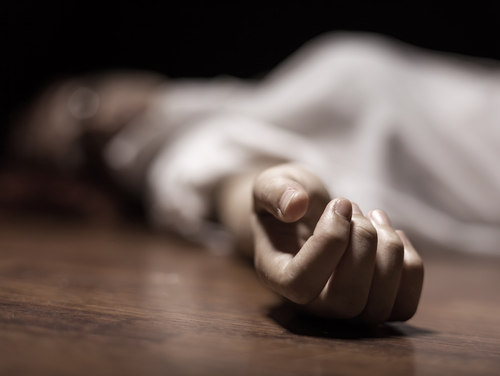 Susan Menard, a former Rhode Island mayor, was named as one of two women discovered dead inside a Woonsocket house earlier this week. Menard and a second unidentified person were discovered inside a residence on Monday, according to a news statement by the Rhode Island Medical Examiners Office on Wednesday. According to prior reports from CBS, when police arrived at Menard’s home, the two remains were “severely decomposed.”

The medical examiner stated that Menard’s cause of death was still under investigation. She was 74 years old. The decomposed bodies were discovered in September after neighbors reported not seeing the inhabitants of the residence in “a couple of weeks,” according to The Providence Journal. According to ABC, Freddie Herrera, who lives next door to the residence where Menard’s corpse was discovered, told reporters that he tried calling his neighbors every day, but to no effect. Herrera detected a “very strong stench” on Sunday but wasn’t sure where it was coming from.

Authorities in Rhode Island said two decomposed bodies were found at the home of a former Woonsocket mayor on Monday: https://t.co/VAqjmswBm2

The next day, he went outside his neighbor’s house and noticed “a lot of flies surrounding the windows,” prompting him to alert the authorities.  Woonsocket Police Chief Thomas Oates, an “elderly guy and female” were discovered deceased inside.

People Magazine had more details to add to the strange story:

“There’s no outward signs of any foul play or any type of a struggle,” Oates said, according to NBC News. “We’re aware that both of these individuals, if they’re who we think they are, had medical issues that were pretty significant.”

Menard was Woonsocket’s longest-serving mayor, serving from 1995 to 2009, according to the city’s website.

Menard’s dead body went unnoticed for over a week which is horrible but a woman in London was dead for over two years before being noticed. Joyce Carol Vincent resided in London and on January 5, 2006, officials arrived at her flat to confiscate it due to overdue rent. However, it is believed that she died in December 2003.

Neighbors didn’t know her and hence didn’t notice her departure. The only thing they could detect was a foul odor, which they blamed to waste containers beneath the flat. Vincent was discovered on the ground clutching a shopping bag. She could only be recognized by dental records since her remains were mainly skeletal. It had also been too long to ascertain a cause of death, while authorities indicated she died of natural causes.

Nobody deserves to die and go undiscovered for several years, but it seemed especially weird that no one appeared to realize Joyce Vincent had died. She was 38 years old, had worked for the majority of her life, had relatives and friends, and was not known to be on drugs or in legal problems.