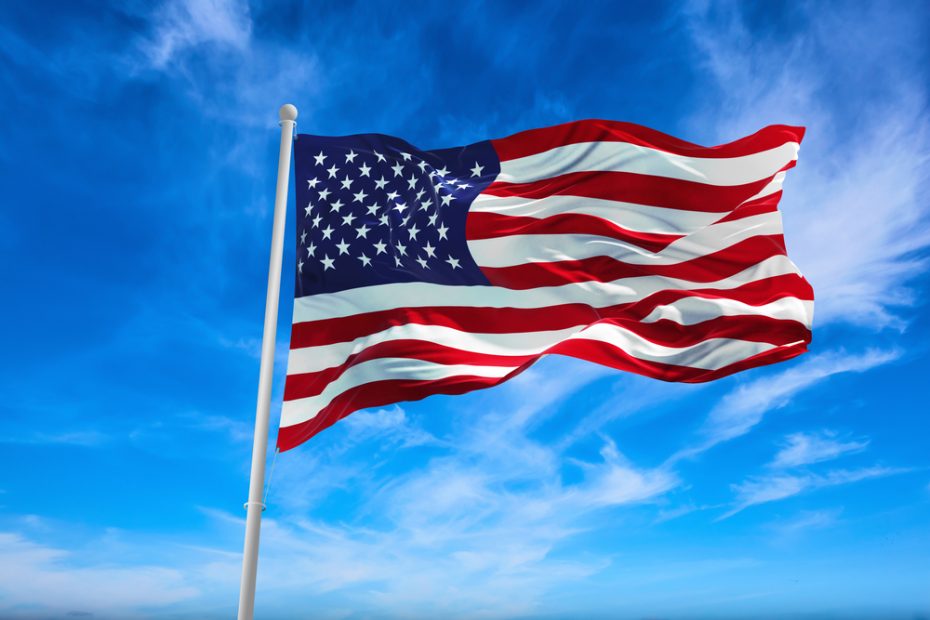 Not only does she preside (poorly) over the 700,000 citizens of the District of Columbia, but she manages to make stupid, attention-seeking political decisions when she should be focused instead on her crime-ridden, deteriorating city.

Mayor Bowser, like many lefties, craves change. Change is good, right? Progress! Well, if it fits your political narrative, I suppose that’s true. If it’s generally bad for the rest of the nation, and not in line with the founding fathers’ vision, then screw it, let’s do it anyway.

The mayor said she directed her team to hang the 51-star flags “as a reminder to Congress and the nation that the 700,000 tax-paying American citizens living in Washington, D.C. demand to be recognized.

“On Flag Day, we celebrate American ideals, American history, and American liberty. But the very foundation of those ideals, and the basis for our liberty, is representation,” Mayor Bowser said in a statement. “DC’s disenfranchisement is a stain on American democracy – a 220-year-old wrong that demands to be righted.”

Oh, we recognize the 700,000 mostly Democratic taxpayers. Especially if you are a Republican trying to get a fair trial, or in some cases brunch in DC. The nasty lefty libs are everywhere, like ants on a sticky popsicle stick.

If DC voted GOP, the dems wouldn't think twice about DC statehood. This is solely to gain a vote in the Senate https://t.co/k8x6zxknwm

I am also guessing good old Betsy Ross didn’t spring back to life and knit these fake flags out of the goodness of her heart. Likely taxpayer money that could’ve been better spent, I don’t know, on fighting crime? Social services? Funding the police? Oh, so silly of me, I forgot. DEFUND the police is the Dems jam.

Republican lawmakers have argued that because Washington, D.C.’s establishment is based in Article 1, section 8, clause 17 of the Constitution, any change to the district must come in the form of a constitutional amendment – not legislation from Congress. They’ve also argued that the idea of D.C. statehood amounts to little more than a power grab by Democrats to expand the majority in the Senate by adding two more senators from a liberal enclave.

In her Monday statement, Bowser invoked the leaked Supreme Court opinion draft that suggested Roe v. Wade, the landmark 1973 case that legalized abortion, was about to be overturned.

“As Americans nationwide brace for a decision on the future of Roe v. Wade, we are also reminded that DC’s disenfranchisement impacts not just Americans living in D.C., but Americans nationwide who share our values,” Bowser said. “While the stakes are even higher for Washingtonians, we stand shoulder to shoulder with the majority of Americans who believe in a woman’s right to choose.”

There it is! There is the pandering and pork-barrel type of argument we have come to expect from the disgusting liberal left. What exactly does Roe V Wade and killing babies have to do with DC becoming a state? NOTHING! Let’s use emotion to fire up the base, then slip in an issue no everyday citizen of DC likely gives a damn about, statehood.

The Republicans are spot on regarding the desire for DC to become a state. It is simply a power play. Where is the call from Mayor Bowser for Guam, the Virgin Islands, or Puerta Rico to be stated? All of those places probably need and deserve statehood more than the privileged, dem elites in DC.

You want statehood Muriel, spearhead a constitutional amendment. Do it the right way, not by playing on emotion and lining the streets with fake, taxpayer-funded “flags”.