Dave Chappelle’s Attacker Not to Be Pursued (Video) 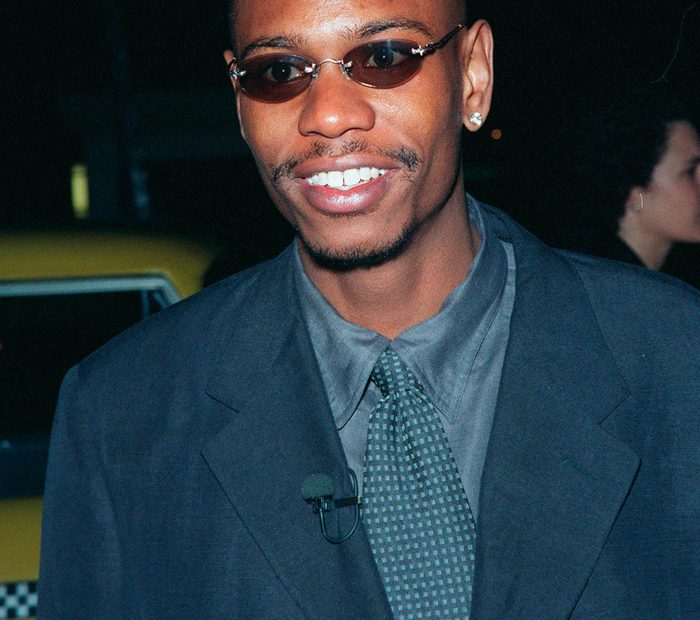 Isaiah Lee, age 23 years old, stormed the stage at a show on Wednesday yielding a knife that was hidden inside a gun. Dave Chappelle, 48 years old, was able to sidestep him and remained unharmed. The attacker was arrested on the scene and later taken to the hospital with a broken arm, swollen eye, bloodied nose, and various bruises about his face. Many people asked how the man was able to smuggle the weapon into the event. The security at the event was also questioned.

Chaos and hilarity at comedy festival in Hollywood last night. Man attacks Dave Chappelle on stage and the attacker almost gets killed by security 😂 Dave says he was attacked by a “trans man,” Chris Rock asks if it was Will Smith 😂😂 #davechappelle #chrisrock pic.twitter.com/AnX1X8A0U7

Someone attacked Dave Chappelle at his show and his security team left that man looking like Mojo JoJo. pic.twitter.com/pna2642x7G

Fucked around and found out. Dave Chappelle's attacker ladies and gentlemen. Shit stomped in and folded like a pretzel and rightfully so. pic.twitter.com/hrf971Sxkq

This isn’t even the worst part of it though, Los Angeles District Attorney George Gascon will not pursue felony charges against the attacker who’s stormed Dave Chappelle’s Hollywood Bowl concert. Instead, the District Attorney has changed the charges to a misdemeanor. They have referred the case to the Los Angeles city attorney Mike Feuer, recommending a misdemeanor charge because the evidence as presented did not constitute a felony. This means Lee who is currently being held on a $30,000 bond for felony assault with a deadly weapon may soon walk free. It is unclear when he is next due in court.

50 Cent lashes out over Dave Chappelle attacker's lax punishment: 'Is the LGBTQ gonna kill Dave right in front of us?' https://t.co/sckMDjBQ8R

Dave Chappelle has not reacted to the Los Angeles District Attorney’s Office decision. The Hollywood Bowl had record breaking sales for the comedian. He refused to allow last night’s incident to overshadow the magic of this historic moment and like a true showman Chappelle went on with the show.

After the incident Dave Chappelle expressed gratitude to his friends who beat up the armed man trying to attack him during his Hollywood Bowl show. The Daily Mail reveals Chappelle saying that he felt good when a friend broke his 23-year-old attacker’s arm. Talking about the scare which could have been fatal because Lee was carrying a replica gun with a knife attached, Chappelle joked in his typical lighthearted nature.

Seeing Dave Chappelle get attacked by somebody from the audience then seeing the dude get jumped by Dave Chappelle and his crew gotta be the wildest live show i’ve ever seen. Chris Rock even came on stage, embraced Dave, grabbed the mic, and said “Will was that you?!” 🤣🤣🤣

‘I felt good. My friends broke his arm. I felt good. how bad does a n***** have to be that Joe Stewart would stomp him!’ [inaudible] ‘I’m very proud of [inaudible],’ Chappelle says. The attacker was subdued by security and according to the audio, friends of the comedian who happened to be on stage. At the time of the attack Chappelle had been thanking earlier guests, such as Jon Stewart, Leslie Jones, and Chris Rock. It’s unclear whether Stewart actually participated in taking down Lee or if Chappelle was using humor to deflect a difficult experience. He did credit his friends for Lee’s injuries saying, “‘I couldn’t believe that they were my friends because it’s good and what they do get out.  It’s all a luminary right now, you should listen,” ‘Those are very powerful friends and I’m sharing [this night] with people I love very much.’

Chappelle’s attack comes as comedians have been worried about recent reports of attacks on performing comics after that infamous slap to Chris Rock by Will Smith at the 94th Academy Awards. Comedy club owners have been concerned ever since the highly publicized Oscar’s incident which made performers easy targets. The owner of Stand Up New York comedy club, Dani Zoldan, also agreed that many comics don’t feel safe in the aftermath of Will Smith slap. There have always been hecklers and actions were always taken at clubs when people heckled. Bouncers would give them a warning, or they could get thrown out of the club. Before the Oscars performers were not regularly an actual physical danger.