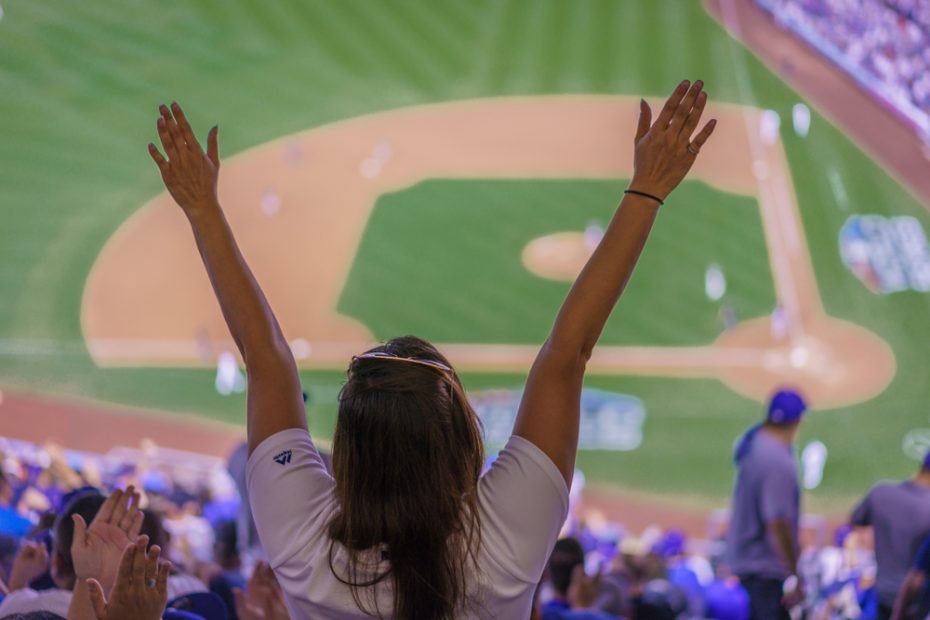 As an avid sports ball fan, I attend lots of events. NFL games, college football, minor league hockey, and even Arena football. Growing up, baseball was my absolute favorite. The sights, the smell, and the color of a Major League Baseball game was magic for a young version of myself.

An older version of myself, unfortunately, finds in-person baseball to be tedious and way too long now. Major League Baseball suffers from game flow problems. The era of specialty players, analytics, and prima Dona players has slowed the pace of a game to that of a snail on Benadryl.

MLB has done plenty with the in-stadium experience in recent years to liven up the excitement, not on the field. Bars, arcades, pro shops, heck in Tampa you can swim with Sting Rays. I wouldn’t.

Recently in Los Angeles, one Dodger fan decided to take the in-stadium user experience to another level. Check this out per Outkick:

Dodger Dogs were quickly replaced with a stadium full of horn dogs last weekend when an intoxicated LA fan showed the crowd her baseballs.

In the midst of Saturday’s game with the Mets, an unidentified Dodgers fan with obvious Major League talent took it upon herself to entertain the home fans via some front row dancing. She did so while wearing a jumpsuit that left little to the imagination.

As the dance routine unfolded, so too did her jumpsuit, allowing her mammaries to be etched into the memories of the Dodger faithful.

Ok, firstly, while I appreciate the wordplay from the folks at Outkick, calm down fells, that’s my job!

What goes well with baseball? Beers! One can only assume there were many involved, despite the lofty price tag for stadium beer. Thank Joe Biden! Just kidding for once.

TikToker @mirzalps (Mirza Lisbeth Pineda) documented the Dodger Stadium nip slip and stated the dancing queen “was obviously drunk,” and asked to leave multiple times. Pineda laughed off the show and insinuated that those Dodger fans in attendance who didn’t stack up as well, were the real issue.

Fan dragged out of Los Angeles Dodgers baseball game by security for “exposing himself” during a wardrobe malfunction https://t.co/GCseBeBWvG

“She was obviously drunk,” Pineda stated in her TikTok. “She was living her dream as a Dodger cheerleader but her dress wasn’t ‘Micheladas-approved’ so her girl(s) keeps popping out.The lady is pretty so Karens start complaining, the staff asked her to leave many times.”

She added: “She wasn’t [bothering] anybody and the guys were happy for the free show.”

Karens! They just ruin everything! Thank goodness a TikToker was there to document the depravity. I probably won’t watch it after this writing.

Mid-summer baseball is an excruciating marathon of half-full stadiums and low interest. Perhaps the Dodgers could put this young lady on the payroll, and maybe a pole to boost attendance and spark interest? After all, it IS Los Angeles. If seeing an unintended (or intended) peep show at a Dodgers game is the worst thing that happens to you then you should probably buy a lottery ticket.