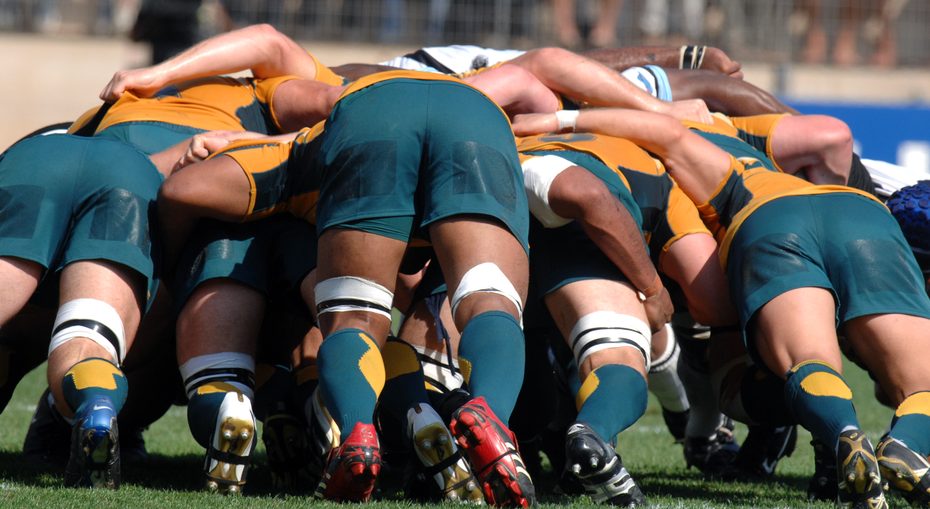 If I’m being honest here, and I always try to be, I have to confess that I didn’t REALLY realize that other countries did things like “pride month”.

Honestly, as wacked out as America continues to become, I assumed virtue signaling attempts like this were the domain of America. Glad to say I am wrong for once!

I previously thought America was the only racist, sexist, transphobic, oppressive nation in the world. Just kidding of course! America is the most tolerant, progressive country in the world on MOST issues, but don’t tell the Democrats this, don’t want to ruin their narratives!

Apparently, Australia is full of anti-gay, transphobic haters like America! Must be tough being gay and living in the land down under! I’m being silly of course, but look at how one Australian rugby team is pushing back against the narratives being pushed at them. Ever seen rugby? Whole lot of pushing and a lot of very large men. I digress. Let’s check with Outkick for the sweaty details:

Several players for Manly, an Australian rugby team, are considering boycotting the team’s upcoming match after they announced they’ll be wearing gay pride jerseys against the Sydney Roosters.

Manly shared the news that it would be wearing pride jerseys via Instagram on Sunday. The jersey will feature rainbow stripes instead of the team’s traditional white stripes. Manly will become the first club in National Rugby League history to wear an LGBTQIA jersey.

Firstly, let me just state, for the record, that the “Sydney Roosters” may be the greatest team name I’ve ever seen. So many jokes. So many puns. So many double entendres. I don’t know where to begin, so I won’t.

Is the footy field the right place to be highlighting gay sexual preferences by parading their symbols on rugby league player jerseys? No. #NRL #Manly

Also, ironic that the team protesting the LGBTQ and sometimes Y jerseys would happen to be from a place called “Manly”.  You can’t make this stuff up, no?

According to ABC Australia, some players are unhappy with the decision and claimed to have only heard about the jerseys when the team announced them on social media. This has caused unrest among certain players, some of which are considering boycotting Thursday night’s match against Sydney.

The Sydney Morning Herald has reported that a total of seven players have already decided not to play in the upcoming match.

Absolutely, completely justified. The club decided to force these alternative uniforms on the team without getting input from the athletes that are going to wear them. How is that ok?

The players involved certainly have their own beliefs, religious, moral and otherwise. Many are Pacific islanders, a very traditionally religious region. To force a narrative on them that might violate those beliefs, while a wholly American thing to do as of late, is still wrong.

Rugby league would not exist in Australia without Pacific Islanders. They are the gladiators people pay to watch. Manly foisted LGBTQETC jerseys on them without notice, knowing they would object. Such disrespect from woke league bosses. Will kill the game https://t.co/OtmW0Bvsyo

Paul Kent, a well-known TV host that covers the National Rugby League, slammed Manly’s decision to announce the pride jerseys without consulting every player. He labeled it a “marketing decision” while explaining that the team “should be embarrassed” for the way it’s handled the situation.

“The Manly club did this without any consultation of the players, they did it without board approval, it didn’t get raised at board level. It’s basically a marketing decision and they just assumed that everything was ok.”

Kudos to Paul Kent for saying what so many in our country are afraid to say. Moves like this are nothing more than virtue signaling marketing ploys. Most reasonable people see through this but are afraid to call it out.

Rugby is a bad ass sport. Perhaps even more so than our own American football. Rugby players are some of the hardest nosed, toughest people in all of sports. Props to these men for standing up in what they believe in without fear of being cancelled or labeled “bigots”. Our own American athletes could take notes here for the next time they are being bullied into taking stances on issues that they might not agree with.