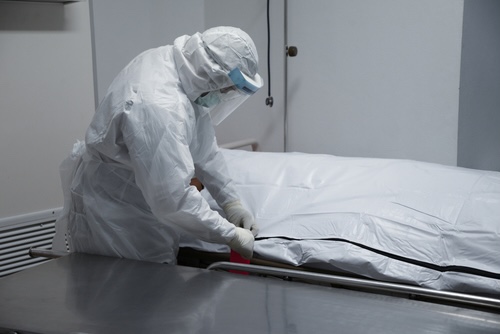 Police say the bodies of two other people who disappeared in Northern California on the same day as Kiely Rodni have now been discovered.

On Wednesday, the Nevada County Sheriff’s Office announced that the corpses of Janette ‘JJ’ Pantoja, 29, and her ex-boyfriend Juan Almanza Zavala, 36, were discovered outside of a car that had gone down a ravine in Nevada County, California.

It is being reported over police scanners that the Ford vehicle that Janette “JJ” Pantoja and Juan Almanza Zavala were driving when they vanished, has been located.

Allegedly both JJ and Juan are deceased, but that will need to be validated by LE. (scanners can be misleading)

According to the sheriff’s office, Zavala was provisionally identified based on his injuries.

They had separated years before, but KCRA-TV reports that they still kept in touch and did many activities together. They had just left the Reno, Nevada auto show and never returned.

Alejandra Pantoja, Pantoja’s sister, told Fox News that at around 11 p.m. on August 6, Pantoja texted her current partner to say that she would be home in 30 minutes. About 30 minutes later, his phone notified him that she had ceased sharing her location. “She just never communicated anything other than that,” Alejandra Pantoja said. “She’s not like that.“

At the same time, 16-year-old Rodni vanished from a Truckee, California, campsite during a huge party. The last time anyone saw her was sometime after midnight on August 6th, around 23 hours before Pantoja & Zavala were reported missing.

KCRA reports that Pantoja’s and Zavala’s cell phones last rang at the site where their remains were discovered after a 911 call was made regarding a car that had plunged down a ravine near Highway 20 and Poker Flats Road in Penn Valley.

Despite previous searches, no helpful information could be gleaned from this location. It was impossible to spot the car while driving.

About 70 miles from where the corpses of the previous couple were discovered in Penn Valley is where Rodni mysteriously disappeared; this location is the Prosser Family Camp in the Tahoe National Forest. The police said there is no evidence linking the incidents.

After 10 days of rigorous searches involving approximately 16,000 man-hours by land, air, and boat, investigators on Rodni’s case indicated on Monday that they would be dialing back the search operation.

Rodni has a height and weight of roughly 5 feet 7 inches and 118 pounds, respectively. Both her eyes and hair are a beautiful shade of hazel. She’s got the number “17” tattooed on her rib cage. Her friends say she has a nose piercing and other piercings and was sporting three gold necklaces the night she vanished. Officials say she was last seen wearing a black spaghetti-strap bodysuit over green Dickies pants with a black studded belt. A pink and white “Odd Future” pullover may have been on her.

Capt. Sam Brown of the Nevada County Sheriff’s Office said at a press conference on Monday, “We are still looking for any clues, videos, tips, any information to help us to put pieces together and help us to direct where we’re going and how we’re going to continue to do a search. We are moving into a more limited but continuous search and rescue effort.“

Rodni’s disappearance has prompted a massive search that has spread from the area around the Prosser Creek Reservoir, where her phone was last detected. No one at the party claimed to have seen her leave.

On Tuesday, Rodni’s mother informed KNTV that her daughter had texted that she was leaving for home. “We still don’t know what happened to her. We’re just working to piece together those last moments that she was at the party to figure out where she did go and with whom.“

Finally, she said, “We’re still just waiting for her to come through the door.“