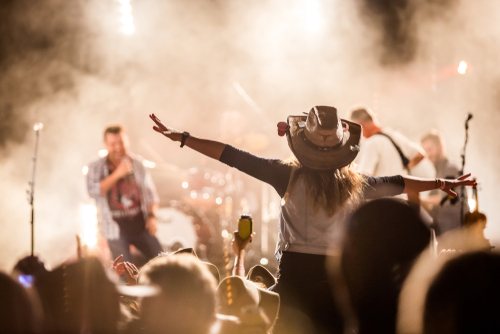 Country music star Luke Bell has been reported dead, according to police authorities. The Tucson Police Department said they responded to a report of an unresponsive man around 1 p.m. On the 26th of August.

Police officers and the fire department immediately went to his aid and tried to rescue the unresponsive man. Unfortunately, Their efforts proved futile as the man was later pronounced dead at the scene. This incident happened near the 5500 block of E. Grant Road.

After a few days, the deceased man was later identified as the 32-year-old music star Luke Bell. The police department announced that the cause of the young musician’s death was unknown, and they immediately began investigations to uncover the mystery.

Originally from Wyoming, the music star released his first project in 2014 and called it “Don’t Mind If I Do.” He was signed into the label Thirty Tigers after only two years and had a very successful career. He continued to create music, and his final single, Jealous Guy, was released in 2021.

According to the Saving Country Music blog, the music star went missing on the 20th of August, near 4th Avenue in Tucson. When this happened, he was going on a Trip to Tucson with Matt Kinman. Kinman is a close friend of the deceased music star and also a country recording artist himself.

Quoting Kinman, “We came down here to Arizona, to work down here, play some music, and he just took off. He was in the back of the truck. I went in to get something to eat. I came out, and he’d got out of the truck and left.”

Saving Country Music blog also reported that the music star suffered from bipolar disorder. Bell was reportedly “hiding a severe battle with bipolar disorder that he ultimately would never shake.”

In addition, Kinman confirmed to the blog that the location Bell was found was in close proximity to where he had vanished, and it was also not a first-time occurrence. Reports added that Bell would “end up in hospitals, or at times, incarcerated.”

However, according to Kinman, Bell’s mental health condition had improved in the past year. He was using his medications dutifully and receiving treatments that were helpful to him. Kinman noted that Bell’s medication for this disorder recently changed, and there is a possibility that it contributed to his last attack.

Following news of Bells’s death, fans and friends all took to their social media to honor and pay homage to him.

Mike and the Moonpies took to their Facebook page to celebrate his life. They wrote, “Word just came down on the passing of Luke Bell and we’re heartbroken over the news. I can vividly remember the first time I met Luke at Hole in the Wall over a decade ago, down to the clothes on his back. The man (and his music) left an impression. He was a real deal traveling troubadour out there on that lost highway. Do yourself a favor and put on some Luke Bell tunes tonight in his memory. Rest In Peace, friend.”

Margo Price, a singer-songwriter, posted a video of Bell performing in 2015 on Twitter. She wrote, “Goddamn, rest [easy] to our dear friend, Luke Bell.”