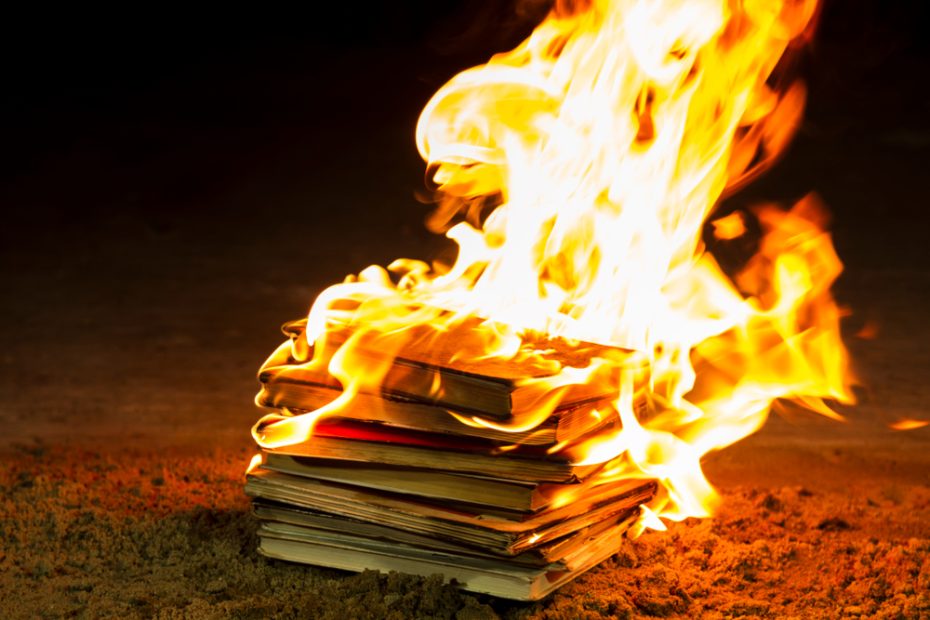 Have you ever been fired from a job, then in retrospect wish you had just quit first? It might cost unemployment, severances and benefits but it sure would’ve felt better to get that preemptive move in. Same with relationships. Ever had someone break up with you out of the blue and wish later that you had seen the warning signs and done the dumping yourself? Not me, I always make the first move there. Might explain my history a little, but I digress.

History is littered with censorship. Political dissidents and the like have been getting shut down for years. Censorship is a hot button topic in 2022, as it should be. You have one side of the political aisle (the left), that claims to be tolerant and anti-fascist, yet they continue to silence differing opinions from the right. Weird how that works. One Colorado town has decided to take the preemptive route with the topic of censorship. Wellington, Colorado recently passed a city ordinance aimed at banning book banning. “You can’t ban that book, we banned banning!” Check this out from the Blaze:

The Wellington, Colorado governing board voted last week in favor of a resolution that prevents the board from restricting access to materials at the town’s public library.

Not to sound flippant, but I wasn’t aware people actually went to libraries anymore. With the internet and apps like Libby that enable you to digitally read library books, my assumption was the physical space was mostly obsolete. I wonder if they still have newspapers on a stick.

In Wellington, residents expressed concern over the “sexual content” in a list of books available in the Wellington Public Library, writes the Coloradoan. One resident submitted a list of books to the town’s board that included titles like E.L. James’ “Fifty Shades of Grey,” Stephen Chbosky’s “The Perks of Being a Wallflower” and Toni Morrison’s “The Bluest Eye.”

I get the desire to limit sexual content and what is available to younger readers. You can’t just walk into an adult bookstore underage, and probably shouldn’t be reading highly sexualized content. However, just straight up banning books seems like a severe reaction as opposed to restricting access to the content. Like it or not, adults need to be allowed to read what they want, but not children.

I’d be remiss to say I haven’t really read any of these titles except for a bit of “Fifty Shades of Grey”. I was more offended by how poorly written and uninteresting that book was than the content.

The resident who submitted the book list told the board that she did not want to ban the books, but instead wanted the library to “implement more restrictions so that children could not access the books without a parent’s permission,”

This seems like a perfectly reasonable compromise. We should all be able to agree that kids shouldn’t read sexual material. It’s crazy that that even has to be said.

The resolution stipulates that the board cannot “censor, suppress, remove, monitor or place age restrictions on ideas or information in our public library.”

Well so much for being reasonable! Instead of simply putting in place some restrictions, now a 12-year-old can go check out “50 Shades”. Gross.

The library noted that you have to be 12 to get a library card, and a parent has to sign for your library card if you are under 18. Not shocking for a blue state like Colorado to fail to enact policies that protect children from sexualization. The fight to protect America’s kids rolls on, unfortunately this one will go in the “loss” column.