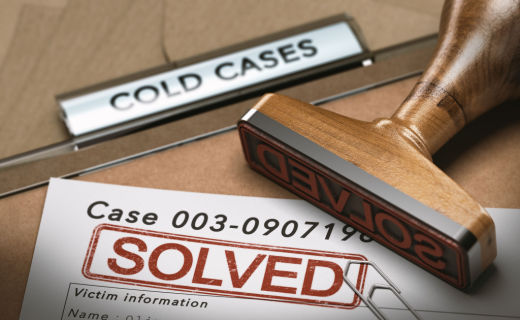 An ex-Nevada deputy attorney general was arrested in connection with the horrible death of a young girl in Hawaii half a century ago. DNA evidence connected Tudor Chirila Jr., now 77 years old, to the fatal stabbing of Nancy Anderson, then 19 years old, in 1972. Chirila was apprehended in Reno and charged with second-degree murder as a result of the evidence.

On January 7, 1972, Anderson, who had come to Hawaii after graduating from high school in Michigan a year earlier, was stabbed upwards of 60 times inside her Waikiki, Hawaii apartment, according to the police. Police were never able to find her killer for several decades. However, even after half a century had passed, the local police force never gave up their search for her murderer.

The investigation into the cold case was revived more than once, and various suspects were questioned throughout the course of the years. They interrogated the door-to-door knife salesman who had knocked on Anderson’s door only hours before her murder, as well as her prior lovers and the property manager of the apartment complex where she lived.

The salesman gave their fingerprints voluntarily, and the results of the polygraph tests showed that there were no matches. The other suspicions turned out to be fruitless in the investigation as well. According to the criminal complaint, investigators received a tip in December suggesting that Chirila may be a suspect in the case, which led to them finally getting a solid lead this year.

After getting a DNA sample from his son John Chirila of Newport Beach, California, in the month of March, the police were able to determine that he was the primary suspect in the case. According to the criminal complaint, the sample proved beyond a reasonable doubt that the younger Chirila was the biological child of the individual whose DNA was discovered at the site of the murder.

According to the New York Post, the week before last, the Reno police department carried out a search order at Tudor Chirila’s residence in Reno and obtained a DNA sample from him in person. On Wednesday, he was taken into custody and booked into the county jail in Reno, where he is being kept without bail on the charge of being a fugitive from another state. The charge against him stems from the fact that he was wanted in another state.

After the murder of Anderson in the late 1970s, Chirila, who had been practicing law for a significant amount of time in the areas of Reno, Carson City, and the Lake Tahoe region, was appointed to the position of deputy attorney general. In 1994, he made an unsuccessful bid for a seat on the Supreme Court of Nevada. The attorney has had previous run-ins with the law in areas unrelated to his job prior to the murder allegation. US prosecutors in Reno, Nevada, named him as the former president of a firm called A.G.E. Corp. in a federal indictment that was handed down in 1998. This corporation was used as a cover for Nevada brothel lord Joe Conforte.

Everything that happens in darkness will eventually come to light.