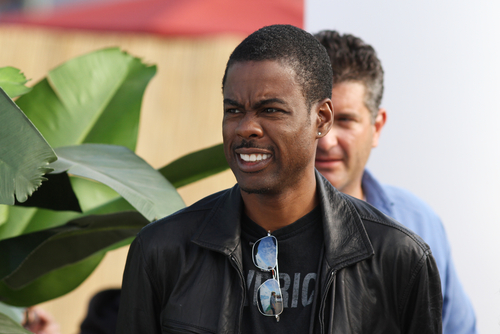 Is everyone sick of the Will Smith versus Chris Rock story yet? I’m not! It’s been five months since the “slap” and I have to admit, I still watch it sometimes. It’s still shocking to me that Smith had the nerve to walk on the stage and light Rock up like that!

Sometimes I still think it was all staged and just a stunt to get people interested in the Oscars again. Ratings have been steadily declining and circling the drain for years. People simply don’t care about a bunch of spoiled liberal elites patting themselves on the back and telling the rest of America how to live. Go figure!

It makes perfect sense to me that the stunt was staged, Rock would be asked to host again next year, and people would tune in just to see how the whole situation would be addressed. Sure, Smith isn’t allowed to attend, but people might tune in to watch just in case he crashes the party! Pretty smart!

Except it’s not. Chris Rock was in fact asked again to host but had some interesting things to say about why he is declining. Check this out from Outkick:

Rock still sounds internally bruised by the unexpected attack but joked about the moment during a stand-up show in Arizona over the weekend with an off-kilter comparison.

Rock shared that the Academy of Motion Picture Arts & Sciences approached the comic to return to the stage and host the 2023 ceremony.

Rock said accepting the invitation would be similar to Nichole Brown Simpson going “back to the restaurant where she left her eyeglasses before being killed.”

Chris Rock says he turned down hosting the Oscars next year, saying going back to the awards ceremony would be like asking Nicole Brown Simpson “to go back to the restaurant” where she left her eyeglasses before being killed https://t.co/ZjIPuhYePO

Yikes. That’s a cringe comparison at best. I certainly understand Chris Rocks reticence to return to the “scene of the crime”, however he was just smacked in the face, not (allegedly) murdered by OJ Simpson. At any rate, Rock declined, even though Smith is banned for a decade, Rock isn’t risking it.

“He’s bigger than me,” Rock said in his routine. “The state of Nevada would not sanction a fight between me and Will Smith.”

Who can blame Rock? Certainly, Jada Smith will be in the crowd, and as a comedian how could Chris Rock resist taking another shot at her? A justified shot at that, considering the weak “apology” Will Smith issued.

Though Rock wouldn’t have to concern himself with Smith’s attendance after the actor received a 10-year ban by the Academy, he didn’t sound ready to make amends with Smith despite the actor’s outreach.

“Chris, I apologize to you,” Smith said on his Instagram profile. “My behavior was unacceptable. And I’m here whenever you’re ready to talk.”

That is the weakest of weak sauce apologies, and I can’t blame Chris Rock for still being somewhat salty. The temptation to roast Jada Smith and Will Smith would almost be too perfect, especially after the weak apology and knowing he won’t be there.

I suppose we won’t have to worry about watching the Oscars (I wasn’t anyway) and will have even less reason to tune in with no possibility of repeat drama.