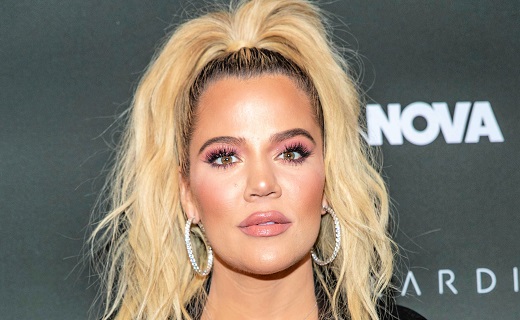 What do Reese Witherspoon, Khloe Kardashian, Jay-Z, Pearl Jam, and Green Day have in common? If you said that they are richer than you are then you’d be right, but you may be surprised to know that they all received loans from the Paychex Protection Program (PPP), loans that were eventually forgiven.

What does that mean for you? Well, taxpayer, you are going to have to foot the bill for these loans approved for businesses owned by these celebrities, and as the DailyMail reports, the loans are in the millions of dollars in some cases.

America’s Sweetheart Reese Witherspoon’s clothing company, Draper James LLC, was approved for $975,472 in the first round of the PPP loans, most of which went to payroll and rent, and all of which has been forgiven, reports indicate. The Oscar-winning actress is not doing too badly herself, reportedly worth around $400 million.

Uber-successful rapper and music mogul Jay-Z also benefited from the PPP, receiving $2,106,398 for two companies he owns, Malibu Entertainment and the Tidal streaming platform, in order to maintain a 95-employee payroll. According to the Daily Mail, as reported by Breitbart, the entire loan was reportedly forgiven and Jay-Z owes the PPP nothing. Compared to Witherspoon, Jay-Z exists in a different orbit, as the rapper’s net worth is estimated to be more than $1 billion.

But that’s not the only help Jay-Z received

For his 50 percent stake in Armand De Brignac Holdings, a high-end champagne brand, he received $293,119 to maintain payroll which was used to keep existing employees. No word on whether this loan was forgiven.

Another music impresario Sean Combs, aka Puff Daddy, Diddy, and maybe something else, who is worth $900 million, was let off the hook for paying back $1,929,252 to maintain 134 jobs at his cable network, Revolt Media and TV LLC.

As greedy as the degenerate Hollywood elite can be. Did any of these people really need a loan?Was it because they are liberal?

Khloe Kardashian of the reality TV family also benefited from the PPP for her fashion company, a denim brand called Good American LLC, when she received a loan of $1,245,405 to cover a 57-employee payroll.  According to reports, the loan was fully forgiven.

And don’t think politicians didn’t benefit from the PPP. Or even sports legends.

Multi-millionaires and insider traders Nancy and Paul Pelosi reportedly received PPP loans for some of their ventures, as did companies affiliated with Donald Trump’s son-in-law, Jared Kushner.  Even football great and future Hall-of-Famer Tom Brady received at least one loan.

Why we should care about this is that the Paycheck Protection Program was born from an overreaction to the novel coronavirus whereby governments overreached and locked down the country, preventing employers and employees from making a living. The loan program was supposed to mitigate the financial effects of the lockdown but was rife with fraud to the tune of about $76 billion, or 15% of the entire program.

While the millionaires and billionaires who received PPP loans will be fine, it is the rest of us, the humble taxpayer, who feel most of the pain, and are left to wonder who is really looking out for us.