Caught Out! These Woke Celebs Lecture About Climate Change Then Fly by Private Jet on Journeys Lasting Minutes 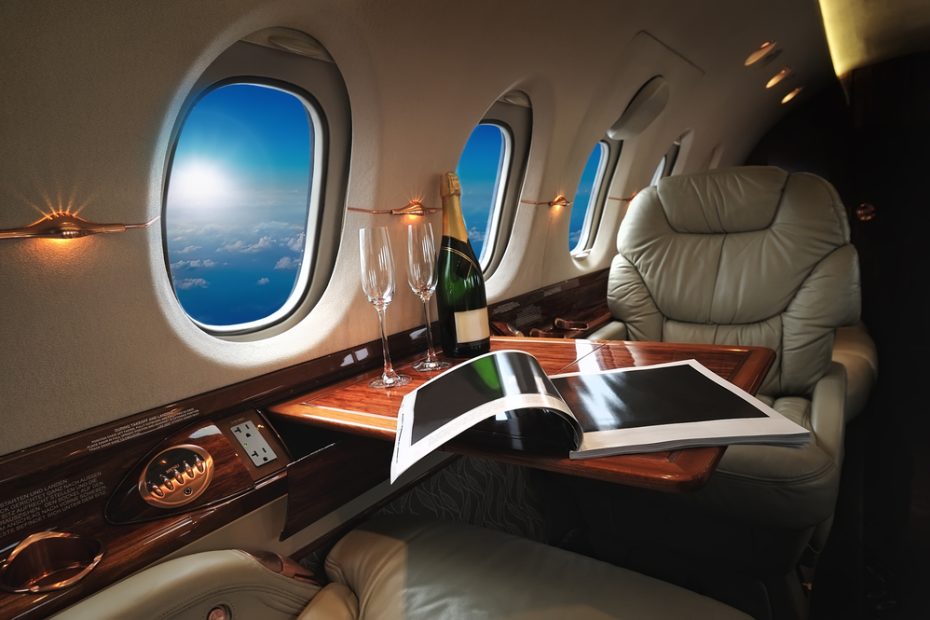 It’s the standard for woke celebrities to lecture the hard-working public about climate change and lowering their carbon footprint but very rarely do these holier than thou hypocrites practice what they preach.

These high-flying celebrities, all of whom have made political statements about fighting to lower emissions, regularly use gas-guzzling private jets to take journeys which take such a short amount of time, they’d barely need to sit down.

In a damning report, the MailOnline has exposed the ridiculous hypocrisy of multimillionaire stars including Mark Wahlberg, Jay Z, Steven and Spielberg.

According to the Twitter profile, @celebjets, the woke stars have all opted to use private planes which emit around 30 times more pollution than a commercial flight. Some of the climate warriors even commissioned a jet for journeys lasting under half an hour from lift-off to landing.

Unbelievably, Wahlberg took a flight which lasted around nine minutes across LA.

Spielberg, who has for many years spouted about climate change, took a flight on his $70 million Gulfstream G650 jet for just 17 minutes in June. The journey from Amsterdam Airport to Rotterdam Airport would have taken the insincere movie mogul all of around 36 minutes in the car.

The flight would have used 145 gallons of jet fuel and would have pumped 2 tons of Co2 emissions into the atmosphere.

In 2018, the veteran movie director gave an interview to Ready Player One in which he claimed he was “terrified” of global warming and that it is a “scientific reality” and not a “political trick”, adding:

“People have to come around to believing that this is what we’re going to have to have a confrontation with destiny unless we do something about it today.

“I think we have to blame everybody that is just, when you are not mindful of something that could pose a danger to your children and grandchildren,” he continued.

“Then you just go blithely through life with aerosol cans and doing all sorts of things that are depleting the ozone.”

Meanwhile, the Kardashians have also come under fire from climate protesters. Despite several of the Kardashian clan Tweeting their support for eco-friendly alternatives and Kim even suggesting she’d like to have dinner with eco-warrior Greta Thunberg, Kylie Jenner opted to take a private jet on a 12- minute flight across California.

It would have taken the reality star just 40 minutes to drive to the location.

Rapper Jay Z and his R&B legend wife Beyonce have been encouraging the public to switch to a vegan diet to combat the effect mass farming has on the climate.

In the introduction to the couple’s Greenprint Project book, the power-couple, who are worth a collected $1.6 billion, wrote: “We all have a responsibility to stand up for our health and the health of the planet. Let’s take this stand together. Let’s spread the truth. Let’s make this mission a movement. Let’s become The Greenprint.”

On January 30,2019 Beyoncé&JAY-Z challenged their fans to “move towards a more plant-based lifestyle” through the Greenprint Project. Fans were asked to take a pledge&also got a chance to enter to win Beyoncé&JAY-Z concert tickets for life.The winner is Heather Worth of Texas✨ pic.twitter.com/U82lHcUlWg

But it seems this eco-couple don’t really care much about the health of the planet themselves, as the pair regularly take out their Bombardier Challenger 850 jet which features a kitchen, bedroom, two bathrooms and a living room, for extremely short journeys.

Jay Z also has access to a luxurious Gulfstream IV with a personalized tail-number by Puma. Last month, the eco-hypocrite flew in this jet for just 45 minutes, resulting in 4 tons of Co2 emissions.

Just a few short months after partnering with Leonardo di Caprio and Robert Downey Jr in an eco-movement called Aspiration which promotes an “innovative approach to combating climate change is really inspiring and I hope together we can help to motivate and create awareness,” rapper Drake took his personalized private jet on an 18-minute flight – a journey which would have taken the 35-year-old 45 minutes to drive.

But let’s all make sure we do our bit. After all, it’s one rule for them and another for the rest of us!