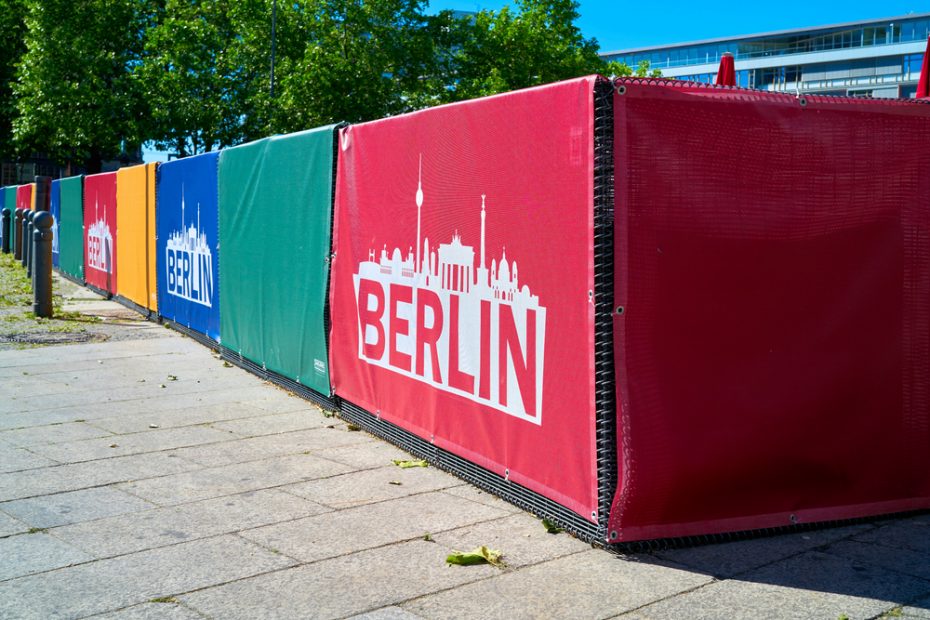 A teacher has died and another 30, including students, are injured after a car mounted the sidewalk outside a church in Berlin this morning.

Witnesses say the silver Renault Clio drove “very fast” towards the crowded sidewalk next to busy stores and a church, before driving around 600ft through crowds, leaving the sidewalk before mounting it a second time further down the street, and then crashing into a storefront at around 10:30 am local time, Wednesday.

The driver attempted to run from the scene of the crash, leaving the car outside the Douglas perfume store it had smashed into opposite Kaiser Wilhelm Memorial Church on Rankenstrasse.

Fortunately, the suspect was restrained by two members of the public until police arrived to arrest the man. Cops refused to say if the incident was a deliberate act of terrorism or give any description of the driver, who is reportedly being treated in hospital for minor head injuries.

“A man is believed to have driven into a group of people. It is not yet known whether it was an accident or a deliberate act,” confirmed cops.

A car has driven into a pavement cafe injuring thirty in Berlin. pic.twitter.com/GTzKhlwTrE

Perhaps coincidentally, the collision happened only yards away from where an Islamic terrorist plowed a stolen car into crowds visiting a Christmas market in 2016, killing 12 and injuring more than 70.

The person killed is said to be a teacher, reports Die Welt, and a number of students were injured in the incident. According to Berlin’s Welt.de, 5 of the victims are in a critical or life-threatening condition.

The Producers and Doctor Who actor John Barrowman who happened to be near the scene at the time of the incident said he heard a “loud bang” from inside a store. When he went outside he reported a scene of “carnage” with bodies lying on the floor. He went on to say that he thought the horrific collision was deliberate:

“The car came down onto the pavement. Then has come onto the road over there, has hit somebody then has gone down the road and come back onto the pavement… and gone through a bunch of people and then right into a store front window,” he told Sky News.

“How horrible that this morning these people got up to just go through a regular day, they were going through their daily business. I mean we were shopping, but if you think if we’d have come out of that store one minute earlier…

“We are no experts but this looks intentional,” he added.

Berlin’s governing mayor Franziska Giffey said authorities would do “everything we can to help those affected”, adding “everything will also be done to clarify what happened. I am deeply saddened by this devastating event this morning”.

After the 2016 Christmas market terror attack which saw 12 run over by a stolen truck driven by ISIS supporter Anis Amri, Germany has seen a swathe of similar attacks.

In December 2020, a German man deliberately crushed shoppers in the city of Trier, leaving 5 dead including a baby.

In 2021, Maurice Pahler drove his car into crowds at a packed carnival, running over bodies, and injuring 90 people including 26 children.

A New Year’s Eve celebration came under attack in 2019 when another German citizen reportedly suffering from mental health issues drove into pedestrians, injuring 8.

Another man reportedly suffering from mental health drove his van into a line outside a restaurant in Muenster, killing five and then shooting himself.

Soccer crowds watching a World Cup game in Berlin in 2006 were also targeted by an individual who rammed a car into them, resulting in 20 injuries.