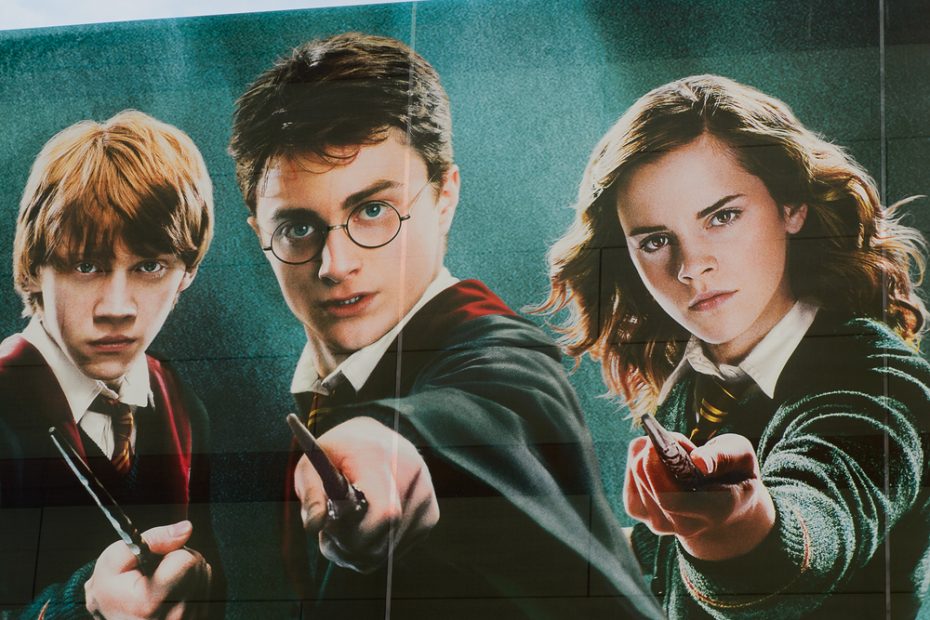 Let me be clear right from the start. I have NEVER seen a single Harry Potter movie. Not a minute of one. In fact, I don’t even know how many movies there are.

Too many, probably. I’ve no idea how many books there are, either.

Wizards, magic, all that stuff just isn’t my bag. Plus, when something becomes so culturally pervasive, it’s literally everywhere; generally, I tune out.

I’m sure I have missed out on a lot. Maybe not. However, what DOES interest me is when the liberal left attacks and cancels someone just for having an opinion.

That gets my attention. I had heard of J.K. Rowling but didn’t really notice who she is until she got unfairly canceled in 2019.

What was her great offense that merited the left to come after her, guns blazing? I know, that’s ironic because the left wants to take all the guns away, but these are metaphorical guns, of course. Those can be just as dangerous, if not more.

So what was her great offense? Check out this tweet.

Dress however you please.
Call yourself whatever you like.
Sleep with any consenting adult who’ll have you.
Live your best life in peace and security.
But force women out of their jobs for stating that sex is real? #IStandWithMaya #ThisIsNotADrill

Oh my goodness! How patently offensive! For real, though, I see no problem here, but I am sane and reasonable, unlike most on the left, that very literally want you to disappear if you disagree with any of their wacky ideas.

Don’t look now, but after a very rough couple of years for the Harry Potter creator, perhaps common sense is making a comeback!

That cancellation may have just ended. David Zaslav, CEO of Warner Bros. Discovery, announced he’ll be meeting with Rowling to explore new Potter-themed stories. That sounds like a no brainer in traditional times, given her franchise’s enduring strength and the commercial heft of her imagination.

Fantastic news indeed for Potter fans and fans of freedom as well. If cancel culture can be chipped away little by little, it will eventually fall away. The war isn’t won all at once, but rather battle by battle, and Rowling may be about to post a significant “W.”

Netflix’s recent stand against Cancel Culture, the military arm of the woke movement, suggested the biggest sign of blowback to date.

Zaslav’s declaration comes at a critical time. The Netflix maneuver matters, of course. So does Dave Chappelle’s ability to survive, nay thrive, following sizable attacks on his 2021 Netflix special, “The Closer.”

Joe Rogan similarly escaped the woke’s wrath for questioning COVID-19 narratives, emerging with more subscribers and a renewed sense of his rebellious spirit.

Not to get too far out over my skis on this one, but it’s hard not to think that perhaps the tide is changing. Maybe a cultural shift is afoot, and normal, sane people have had enough of the stuff they love being ruined by the proverbial “turd in the punch bowl,” the far left.

We are stacking wins, folks. Country star Morgan Wallen survived his cancellation, Louis CK is back, and more mainstream rock music on the radio now deals with cancel culture and the threat of being canceled. This is how a cultural shift begins.

CNN+, chockablock with woke personalities, crashed and burned within a month.

Wallen emerged stronger than ever, despite being attacked on all sides last year. Diddy, still a taste maker in pop culture circles, just announced he wants to “un-cancel” both Wallen and troubled rapper Travis Scott.

The victories are coming, slowly but surely. However, it’s incumbent on us, the end consumers, to do what we can to keep this momentum. That happens only through our dollars spent on non-woke brands and supporting canceled artists.

I guess I know how I will be spending my long holiday weekend with that in mind—catching up on a certain boy wizard everyone used to talk about.

Put up or shut up, right?