Cadets Are Told to Go Woke in US Air Force Academy 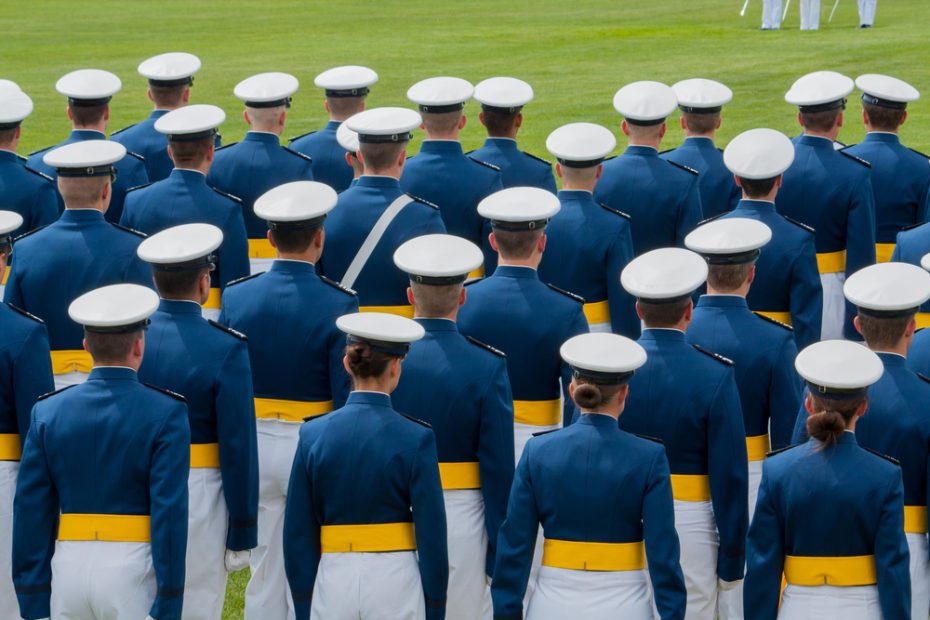 In the latest attempt to ‘woke-ify’ the military, the US Air Force Academy has told its cadets to stop using so-called gender-exclusive language like “mom” and “dad” or “girlfriend” and “boyfriend”.

Fox News obtained material from a seminar which was being taught by Air Force trainers in Colorado showed how the soon-to-be military pilots were being told to replace gender-exclusive words with neutral terminology, such as “partner” instead of “girlfriend” or “parent” instead of “mother” or “father” in what amounts to brainwashing and left-wing propaganda rather than real military training or academia.

The slideshow entitled “Diversity & Inclusion: What it is, why we care, & what we can do,” told cadets to consider that, “Some families are headed by single parents, grandparents, foster parents, two moms, two dads, etc.: consider ‘parent or caregiver’ instead of ‘mom and dad.

“Use words that include all genders​: ‘Folks’ or ‘Y’all’ instead of ‘guys’; ‘partner’ vs. ‘boyfriend or girlfriend,” continues the presentation. “Not ‘Colorblind’ or ‘I don’t see color,’ but Color Conscious,” it adds. “We see Color/Patterns AND VALUE people for their uniqueness.” The unnecessary gobbledygook being taught at military academies like this one is more than just bizarre, it’s dangerous to the future of the military and is encouraging the military leaders of the future to adhere to woke politics which hold no basis in reality.

Rep. Mike Waltz, a Green Beret and Afghanistan War Veteran said he believes the propaganda is detrimental to the morale of cadets and the fabric of the US military. “That is absolutely destructive to morale, to unity, to everything that I know from a military, that by the way, integrated way before the rest of the country in 1948,” said Waltz. Quite bafflingly, in a statement, the Air Force Academy said it has included the woke nonsense in its training seminars in order to prepare cadets for future conflicts and include their “warfighting effectiveness”:

“As part of the Diversity & Inclusion Cadet Leadership Program, this conversation was developed by cadet leaders and USAFA staff to introduce all cadets to Department of the Air Force definitions of diversity and inclusion, as well as how these concepts enhance our warfighting effectiveness,” the statement said. “USAFA develops leaders of character that can lead diverse teams of Airmen and Guardians inclusively, to enhance innovation and win future conflict.” The training also told cadets to refer to transgenders as “transgender people” and to say, “people with disabilities” rather than “the disabled”. The difference between the two is anyone’s guess.

But Waltz likened the brainwashing to the propaganda laid out by the Soviet Union and communist states, “To those of us who are a little bit older, it reminds us of what the Soviets used to do or what the Chinese do today, where they literally have political commissars inserted at every level end of the chain of command, but they have a separate reporting chain to ensure that the military is abiding by their ideology and their political doctrine.”

Left-wing radicals flooding the US military and dragging their woke propaganda into it has been a well-documented problem for some time. In 2021, the US Air Force Academy came under fire for installing a ‘Diversity and Inclusion Reading Room’. “When we are in the majority, we are going to legislate this, and we are going to cut it out of the U.S. military,” vowed Waltz.