Bystanders begged police to rush into Texas school to save people, cops accused of delaying outside 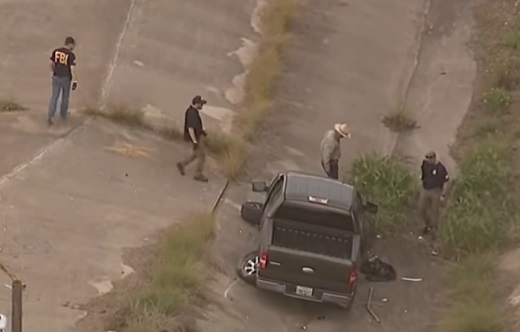 Police officers were urged by frustrated onlookers to charge into the Texas elementary school where a gunman’s rampage killed 19 children and two teachers, witnesses said. Cops are facing major scrutiny now that more details are emerging.

Nearby women shouted at the officers soon after the attack began: “Go in there! Go in there!” said Juan Carranza, 24, who saw the scene from outside his house, across the street from Robb Elementary School in the close-knit town of Uvalde. But the officers did not go in, said Carranza.

One of the parents, Javier Cazares, whose fourth-grade daughter, Jacklyn Cazares, was killed in the attack, said that when he heard about the shooting, he raced to the school, and arrived while police were still gathered outside the building.

He was getting upset seeing that the police were not moving in, so he raised the idea of charging into the school with several other bystanders, per report.

“Let’s just rush in because the cops aren’t doing anything like they are supposed to,” Cazares said.

“More could have been done. They were unprepared,” he added.

Just a few minutes earlier, Carranza had watched as Salvador Ramos was crashing his truck into a ditch outside the school, grabbing his AR-15-style semi-automatic rifle and shooting at two people outside a nearby funeral home who ran away uninjured.

Though there were conflicting reports from authorities on whether the men exchanged gunfire, officials say he “encountered” a school district security officer outside the school. He then ran inside and fired on two and injured both arriving Uvalde police officers who were outside the building, according to Texas Department of Public Safety spokesperson Travis Considine.

Ramos then entered the school and charged into one classroom and began to kill.

Lt. Christopher Olivarez of the Department of Public Safety said that he then “barricaded himself by locking the door and just started shooting children and teachers that were inside that classroom.”

“It just shows you the complete evil of the shooter,” he added.

All those killed were in the same classroom, he said.

40 minutes to an hour elapsed from when Ramos opened fire on the school security officer to when the tactical team shot him, Department of Public Safety Director Steve McCraw told reporters. Though a department spokesman said later that they could not give a solid estimate of how long the gunman was in the school or when he was killed.

“The bottom line is law enforcement was there. They did engage immediately. They did contain (Ramos) in the classroom,” said McCraw.