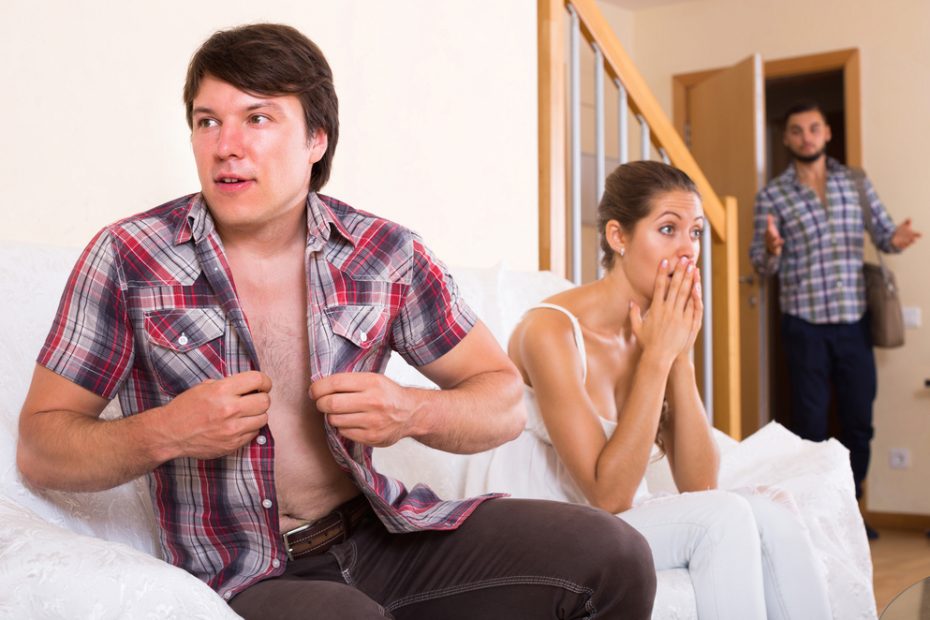 Sometimes it’s just incompatibility. Sometimes it’s more nefarious and one of the parties involved steps out and betrays their partner’s trust. Shame, shame, know your name.

We have seen it in tv and movies; a man or woman is cheated on and plots the most delicious revenge. Unfortunately, that type of sweet revenge rarely takes place in real life. It takes a special kind of patience to know your prospective partner is cheating and NOT just blow things up on the spot.

It happens though. Otherwise, I wouldn’t be writing this! A video from a few years ago of a Chinese wedding is making the rounds on social media again, and it’s certainly deserving of another look, or a first look if you missed it before! What does the New York Post SAY? Let’s find out:

Footage of a groom exposing his bride’s affair on their wedding day by playing an X-rated video of her in bed with another man has left the internet in shock.

Guests of the newlyweds in China can be seen looking on in horror as a steamy bedroom scene featuring the bride and her new husband’s brother-in-law plays out from a projector at the couple’s reception.

The disgraced woman then throws her bouquet at her husband as he can be heard shouting: “Did you think I didn’t know about this?”

Ouch! Savage, just savage. What an epic roast. The patience and planning it must have taken to pull off a legendary reveal like this are beyond my comprehension.

How did the groom get bedroom video? He must have secretly recorded her, then waited. Nerves of steel with that guy!

Then he queued up the incriminating video and blew up the wedding like the Death Star. Legendary.

To answer the groom’s question, yes. Yes, she thought he didn’t know. She thought she was sly, and he was none the wiser. Guess she fooled around and found out. Or rather he did!

The clip originally went viral in 2019, but was recently shared again where it has clocked up almost six million views and thousands of comments from outraged viewers.

Text written over the top of the footage reads: “The groom played a video of his wife cheating on him with her pregnant sister-in-law’s husband in front of everybody.”

But reaction over the groom’s act of revenge has left social media users divided.

Most were on the man’s side, stating the bride “got what she deserved”.

“Best revenge – in front of all their family and friends,” one user commented.

“Honesty, I am this petty and would 1000 percent do this,” another said.

I am going to be honest; I am 100 percent behind the groom on this one. Not too close behind the groom, because who knew what the scorned bride might have thrown at him? But just saying, I support this type of revenge wholeheartedly.

No need for anger, or domestic violence, or a messy “he said, she said” divorce. Put the ugly truth out there for family and friends to see, put it all in a blender, mix, and serve over ice. Delicious!

The couple had been together for two years and were engaged for six months before their big day, Asia One reported at the time.

It was also claimed the bride “suffered domestic violence” at the hands of the groom and had sought comfort with his sister’s husband.

However over time, things evolved into an illicit relationship, and once the groom found out he decided to “humiliate” his bride.

Many users question things like why spend the money, or why humiliate her in front of family and friends? I say, money well spent! And if you are going to engage in illicit behavior like she did, humiliation is deserved!

Maybe I have been in too many bad relationships, who knows? However, on this one, I am #teamgroom one hundred percent!