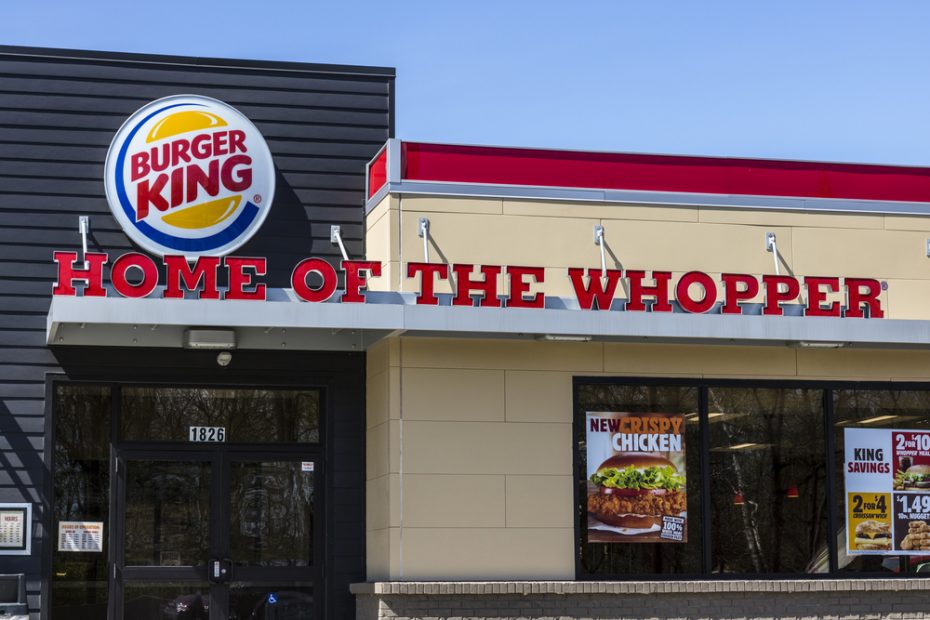 Wow. Just wow. First of all, let me begin by saying, there is no end to the jokes I want to make here. However, I’m going to attempt to keep it classy.

Except I think in this case they are extending that offer WAY beyond a bad fast food sandwich. No offense Whopper, but I’m a Quarter Pounder with Cheese guy myself.

Still, in a shameless effort to pander to the LGBTQ community, Burger King in Austria has come up with an alternative lunch-style Whopper.

Welcome to Pride Month 2022, where we finally have same-sex cheeseburgers.

Burger King Austria released a new Pride ad today showing their new Pride Whoppers, which come with same-sex buns for the first time ever. When you go to Burger King, at least in Austria, you can get a Whopper with either two top buns, or two bottom buns.

The Pride Whoppers come “with two matching buns for equal love and equal rights,” according to the post.

“We stand for the equal rights of all identities and sexual orientations,” the post continues. “A little twist to put a smile on your face and remind us to treat each other respectfully and peacefully. No matter who you are and who you love.”

Ok, I get it. Two “top” buns and two “bottom” buns. Not sure how the extra sesame seeds on the “tops” will play into things, but I’m listening.

So many questions come to mind. What about Whopper Jr? Who gets custody? Does bottom Whopper or top Whopper? Are there visitation rights? What about holidays?

What about the Big Fish? Who the heck is eating that?

A better question is why the hell did Austria get the drop on us? America is the greatest country in the world! If anyone is going to have a gay Whopper it should be us!

American Burger King had a Pride Whopper, but it was just a normal Whopper wrapped in a rainbow wrapper that read “We are all the same inside” on the inside. This new Pride Whopper takes it to the next level.

Oops! Weak sauce U.S.  Burger King. I’ve never been so ashamed to call myself an American. That’s the best we could do? A rainbow wrapper? No wonder the LGBTQ community feels disrespected! You’d have thought at least B.K could’ve resurrected the old-style foam “clam” shell boxes. Ok, that was a cheap joke. My apologies.

If you’re lucky enough to live in Austria, the Pride Whopper will be available in Burger Kings until June 20.

Well, to be honest, I’m not sure I would use the word “lucky” and Austria in the same sentence when it comes to where you live, but I’ve never been there. Might be all unicorns and rainbows.

On a final note, from my personal experience, I have never witnessed a customer leaving or eating Burger King that felt “pride”. Usually, it’s just an unfortunate decision that is going to involve multiple bathroom trips, and laying on the couch and moaning.

Oh, and one more thing, if we are REALLY talking about equity here, shouldn’t Burger King change its name to Burger Queen? C’mon folks, if we are going, let’s go all the way!