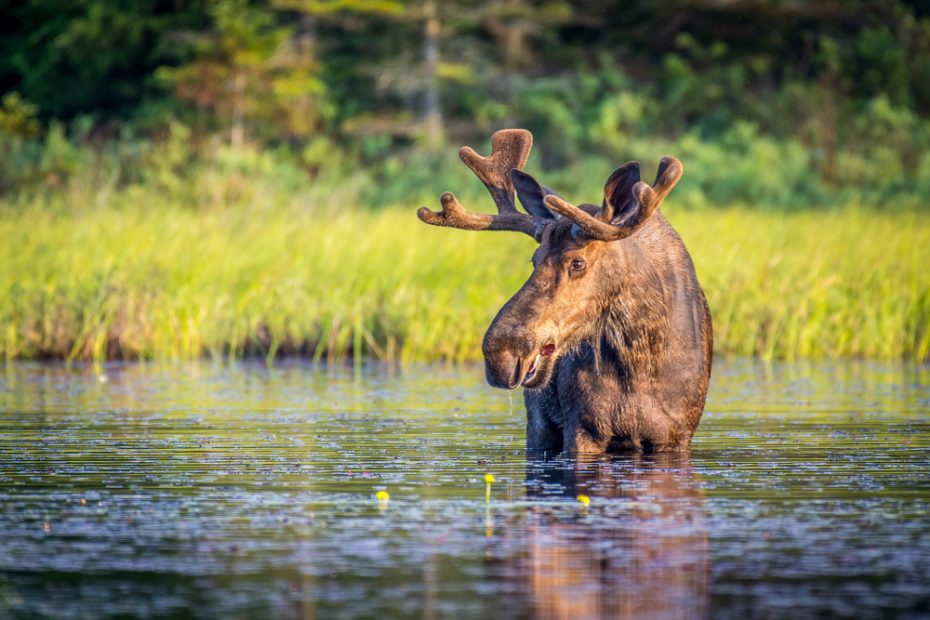 Just to be clear, I am firmly #teampeople. I don’t believe in abusing animals, especially our domestic critters like cats and dogs, but if you want to have a burger, maybe some chicken wings, and wash it all down with a tall frosty glass of milk while wearing a fur coat, you do you. The leftists that are out there gluing their hands to the Starbucks counter can go pound sand. Animals were put on this earth to serve people!

That doesn’t mean animals shouldn’t be allowed to fight back on occasion though, right? I’m not talking about a knockdown, drag out with your dog Sparky, rather the occasional animal getting a clean shot in against a human is just fair, especially if we are in their house.

You could reasonably expect to encounter an alligator or poisonous snake if you are stomping around the swamp, but they are fair game if they wander into your yard. Fair is fair. Same with the ocean. If you are going to be in the water, aka their house, don’t act surprised by a jellyfish sting or a nibble from a shark. Recently, a Colorado hunter found out what could happen if he shot and missed in the moose house.  Check this out from the Washington Examiner:

A moose attacked a Colorado hunter Tuesday during his attempt to shoot the animal with a bow.

The man was in a remote area of Larimer County’s Poudre Canyon when he shot at the animal with his arrow. When he missed, the animal charged him, attacked, and inflicted life-threatening injuries, according to the Larimer County Sheriff’s Office.

Hunter attacked by moose after attempting to bow-hunt it https://t.co/dMOZIoNSmm

Show of hands if you didn’t know there were moose in Colorado. Just me? Previous to this I would’ve thought mountain lions, stoners, Democrats, and a lot of snow. I guess I’m not very well-traveled.

What I am also not is a hunter. Is a bow used to take down a moose? I didn’t know Bullwinkle could be bagged with a bow and arrow. Considering the size of a moose I would prefer an RPG, or to just not hunt moose at all.

After being attacked, the man was able to send a distress alert on his GPS just before noon. A separate group of hunters helped the man leave the campground to meet sheriff’s deputies. He was subsequently airlifted to a nearby hospital.

Terrifying! The last way I would want to die would be to have my butt kicked by Bullwinkle. Can we really call this an attack though? The moose did what God put it here for, it defended itself. Like I said, I am all for people, but sometimes you have to call a TKO when it happens. I am just surprised the moose was only looking to send a message rather than finish the job.

This is the fourth moose attack this year, according to Colorado Parks and Wildlife, which is the same number of attacks seen in 2021 and 2020. There have been at least 15 moose attacks in the state in the past 9 years.

Can we REALLY call these moose “attacks”? What are the circumstances? Are the moose sneaking around, hiding behind bushes, and leaping out and attacking innocent campers? Or are people messing with them until they go full “moose” and attack? I don’t care how majestic they look, I ain’t getting nearly close enough to get a picture, or pull a rabbit out of a hat. I don’t even care if there IS a flying squirrel there.