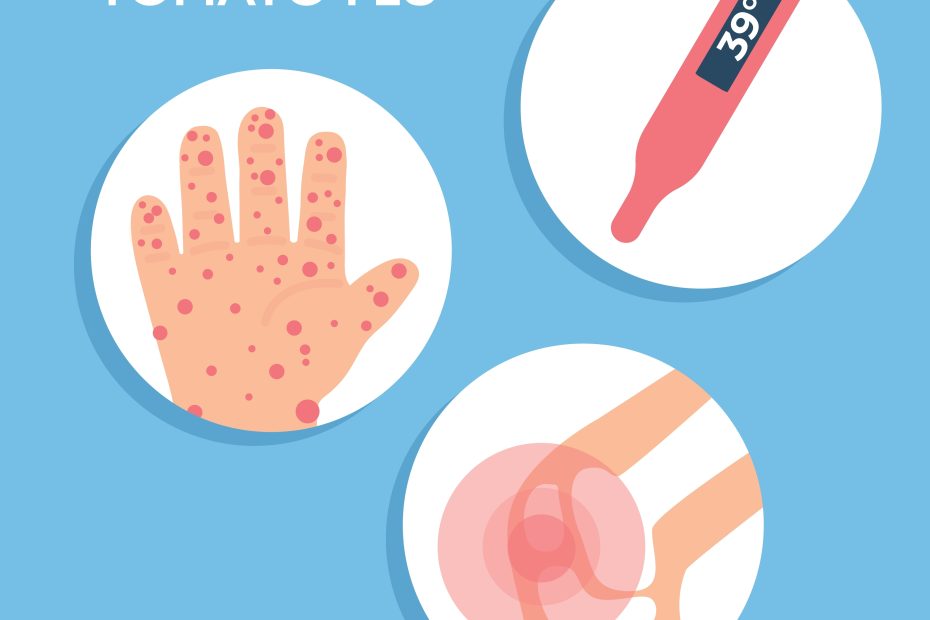 After over 100 cases of the new viral infection, Tomato flu was recorded in India, health officials in the country have been led to issue advisories. The officials have issued their first warning and prevention guidance to parents since the infection has affected children all over the country.

The viral infection was dubbed tomato flu because it manifests as painful red blisters all over the body. Medics stated, “Tomato flu gained its name on the basis of the eruption of red and painful blisters throughout the body that gradually enlarge to the size of a tomato.”

A new, extremely contagious virus is reportedly spreading through children in India. Painful, red, tomato-sized blisters are the hallmark of the viral infection referred to as “tomato flu,” according to new research. https://t.co/WVuzzPeBm4

Officials have noted that the symptoms of the virus relate to that of flu and the coronavirus.

Scientists are still trying to figure out the source of this infection, but they have identified that it is not related to the covid-19 virus. Speculations are still that the virus is an after-effect of chikungunya or dengue fever, two viral diseases transmitted by mosquitoes.

With the first case detected on the 6th of May this year, the infection has been discovered in 82 children under five. These 82 records were from Kerela, the state where the first case was recorded.

#JUSTIN: A total of 82 cases of Tomato flu have been found in kids below 5 years of age since the virus was first reported in Kerala, according to a Lancet study #TomatoFlu pic.twitter.com/TL4YGyULVS

Furthermore, 26 cases of this infection in older children of about nine years old have been recorded in Odisha. Other states like Tamil, Nadu, and Haryana have also reported some cases.

The Indian government urged parents to be very vigilant with their kids so they can be aware if their child carries the infection. The federal government has also issued testing and prevention guidelines to every Indian state.

They have also reminded the parents that there is no cause for alarm or panic as the infection is not deadly. The flu is a self-limiting infection that tends to get better without treatment.

The guidance reads, “Tell your child not to hug or touch children having fever or rash symptoms. You should encourage your children to stop thumb or finger sucking habits. Encourage the child to use a handkerchief in case of running nose or coughing.”

A study published by Lancet recently advised that hand hygiene and stopping children from sharing personal properties would be the best prevention for the transmission of this infection.

“The best solution for prevention is the maintenance of proper hygiene and sanitization of the surrounding necessities and environment as well as preventing the infected child from sharing toys, clothes, food, or other items with other non-infected children.”

The study adds, “Given the similarities to hand, foot, and mouth disease, if the outbreak of tomato flu in children is not controlled and prevented, transmission might lead to serious consequences by spreading in adults as well.”

Health experts in India seem to believe that the tomato flu is a new variant of hand, foot, and mouth disease. According to local media, their research has shown that both diseases have a lot of similarities.

The Centre issued an advisory on the new 'mystery virus' tomato flu on Tuesday, the newest ailment in India. According to experts, this infectious disease is reportedly a variant of Hand Foot and Mouth Disease (HMFD) targeting young children.https://t.co/kuGKO8K7zF pic.twitter.com/0EqgiJ79px

The experts mentioned that the symptoms to look out for include sore throat, high temperature, and loss of appetite before mouth ulcers and rashes begin to show forth. Blisters also appear on the buttocks, hands, and feet. Finally, it was noted that isolation could help reduce the spread of this infection.